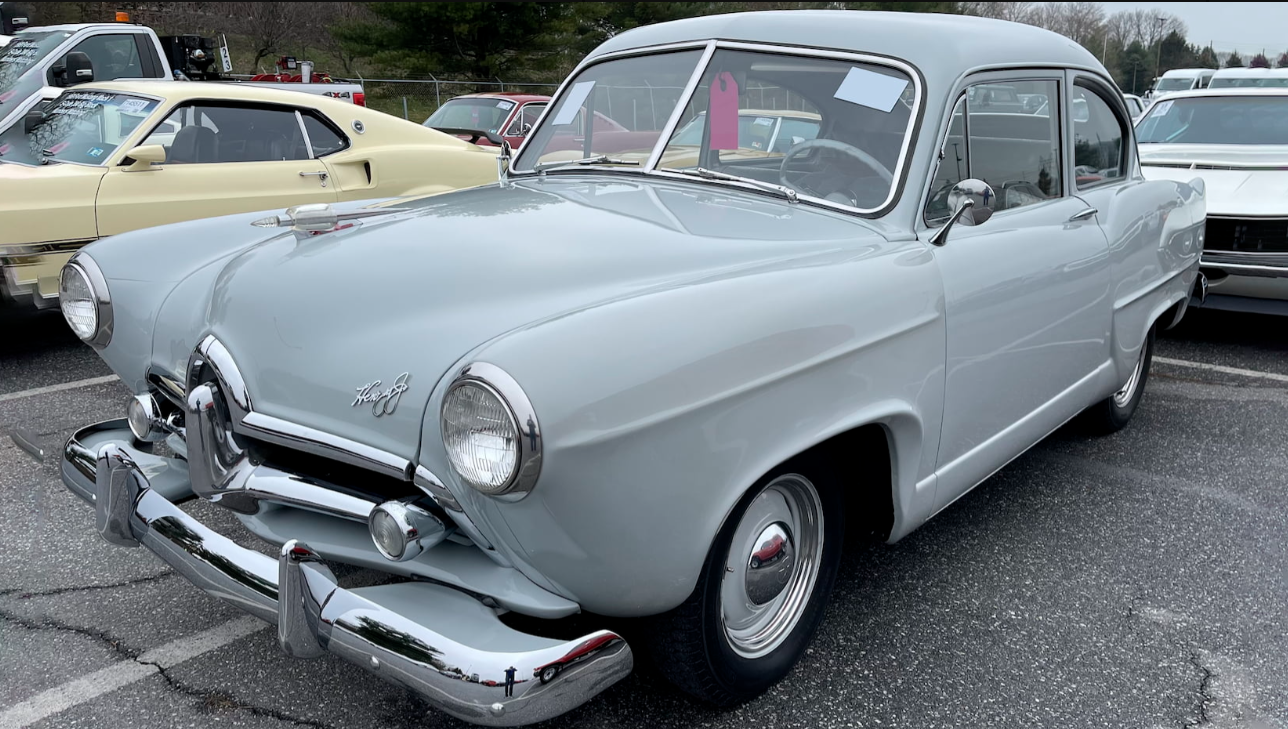 Evaluation: The back seat upholstery is different from the from the front and older. Old undercoat in the wheel wells. Rusty, pitted chrome trim but rechromed bumpers. Sharp gauge faces but surrounded by a pitted bezel. An unusual car but not a very good one offered here as a cosmetic redo.

Bottom Line: Henry Kaiser built fleets of ships during World War II and quickly turned his attention to satisfying some of the demand that had been latent during the war’s suspension of civilian vehicle production. The Henry J was his answer, based on Jeep components and modern styling. The concept lasted until 1954 and was never successful. Henry Js are so unusual today that no one knows what they’re worth, but this one’s erratic presentation does not commend it to anyone. It brought a mystifying price, in absolute terms it’s not a lot of money but is still expensive for its condition.