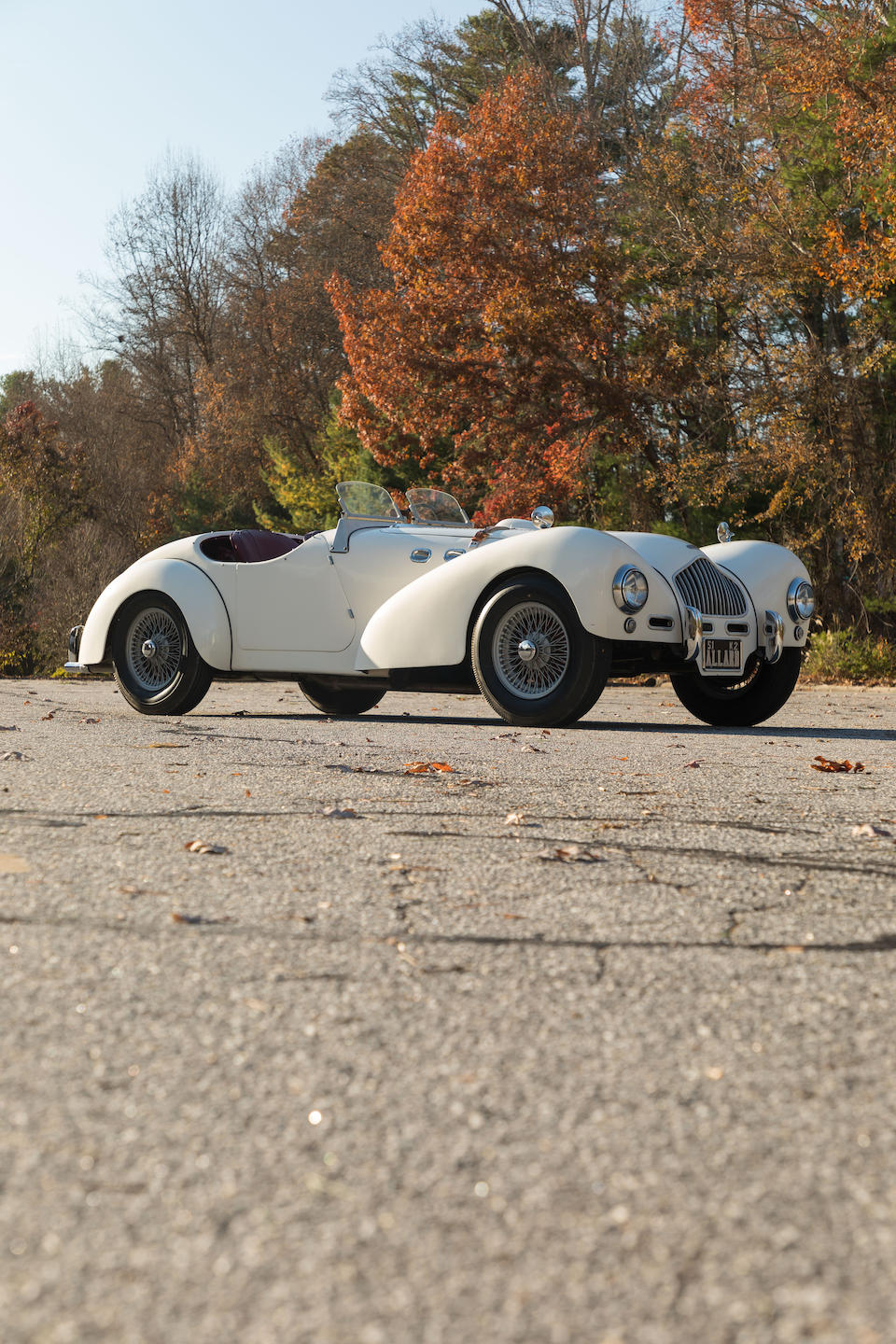 Evaluation: Older restoration | Unknown early history, aside from the fact that it was first shipped to the U.S. from England without an engine, like all Allards. Used engine bay with plenty of dirt and grime but nothing to be concerned about. Older paint with some cracks on the nose and a light scrape on the right front fender. The windscreens are delaminating. Significant wrinkling on the driver’s seat. A rare K-Series Allard that, in current state, is more of a driver than a show car.

Bottom Line: Less well-known and more comfortable than the racier J-Series, K-Series nevertheless come with the same Allard formula: crude but lightweight British underpinnings plus big, thumping American V-8s. The Olds engine in this one is an unusual choice in a car that typically got Cadillac, Chrysler, Ford, or Mercury power, but it gets the job done. The automatic is another unusual choice, but not unheard of. Allards are supposedly a handful to drive at speed even before you have to worry about switching gears. Even so, the unusual powertrain and the aged presentation led to a modest price.