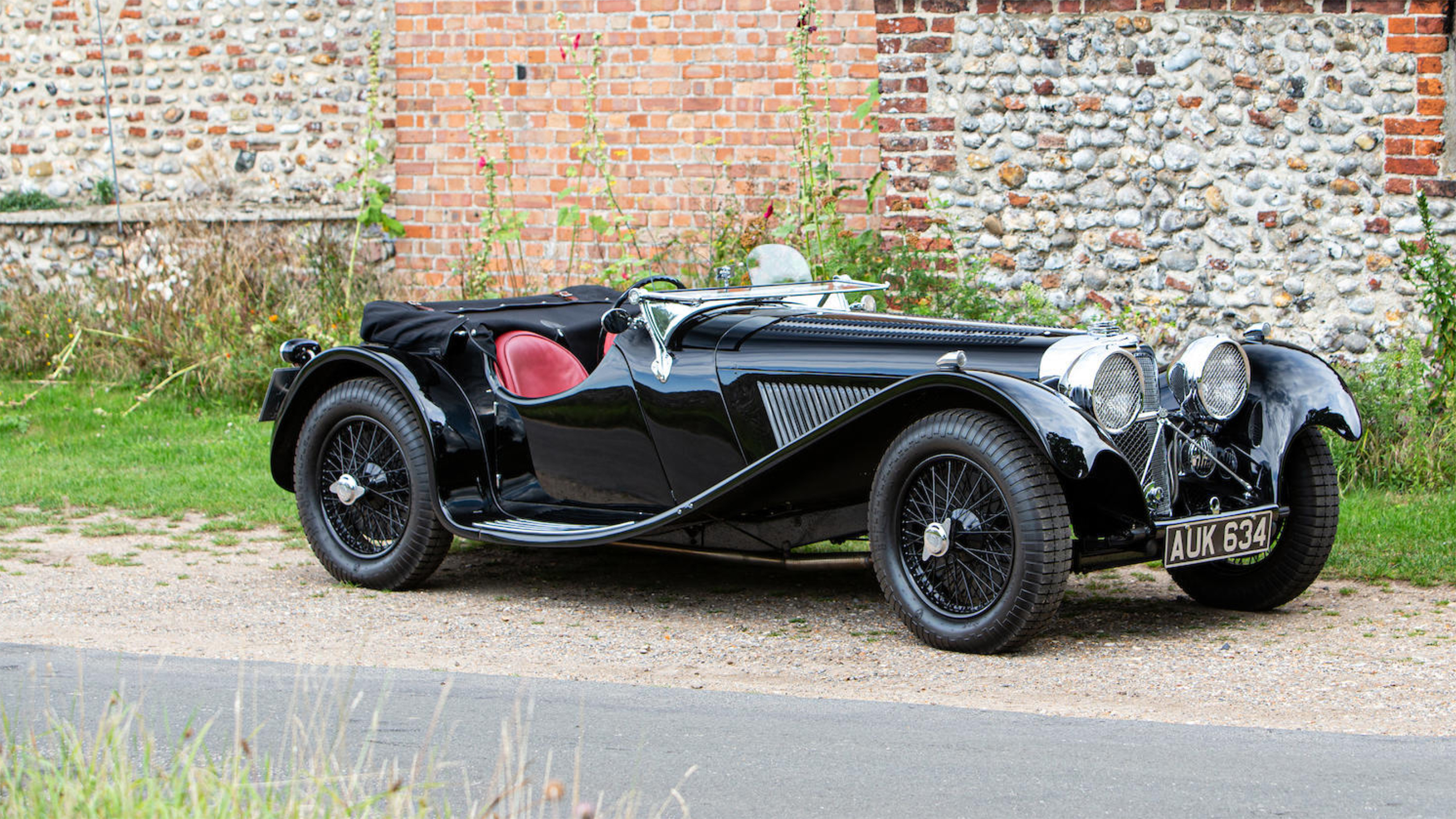 Evaluation: One of a believed 191 2½-Litre models built. Used in the Scottish and Welsh rallies in period. Same owner from 1938 to 1994 and represented as a matching numbers car. Professionally restored in its original colours by Davenport Cars around 25 years ago. Bonhams states the car was ” totally original apart from the addition of a pair of rear lights and replacement of the horn grilles” at the time of restoration. Superb, crisp gloss-black paint. The chassis and engine bay are clean. The wheels look as they should and are well maintained. The seat leather is unmarked and superb. The carpets are nylon but still look very good. An impressive showing, especially given the restoration’s age.

Bottom Line: Named for its top speed, the SS Jaguar 100 was William Lyons’ first serious performance car and the lithe, well-proportioned roadster was available with either a 2.5- or 3.5-litre version of SS’s overhead valve six. The 3.5-litre version, being both faster and nearly twice as rare (116 built), is worth significantly more but all SS 100s are high-dollar collector cars and have been highly coveted classics for some time. This one’s matching numbers engine makes it a standout, and in bidders’ eyes the quality of the restoration trumped its age. This is a deservedly strong result. 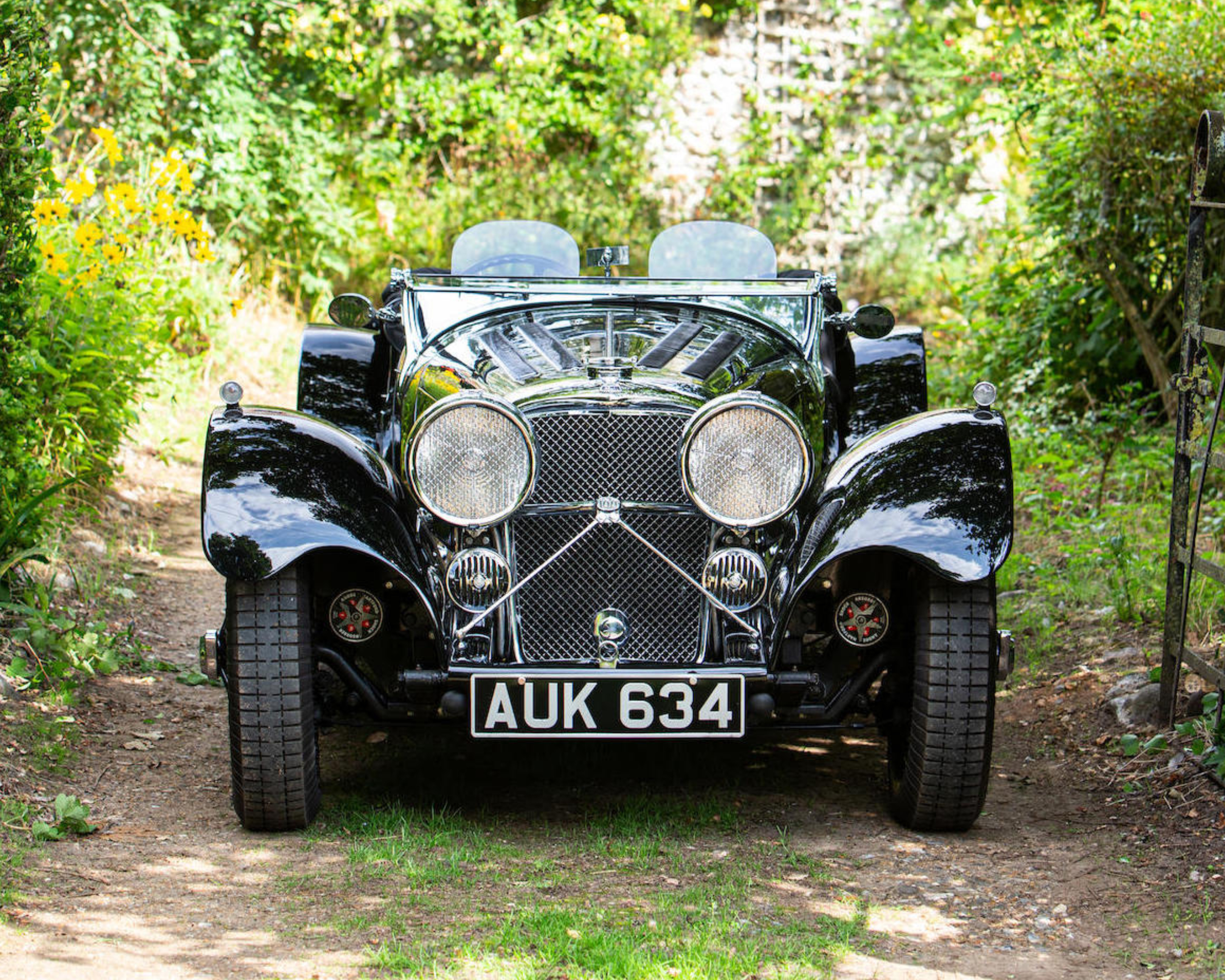 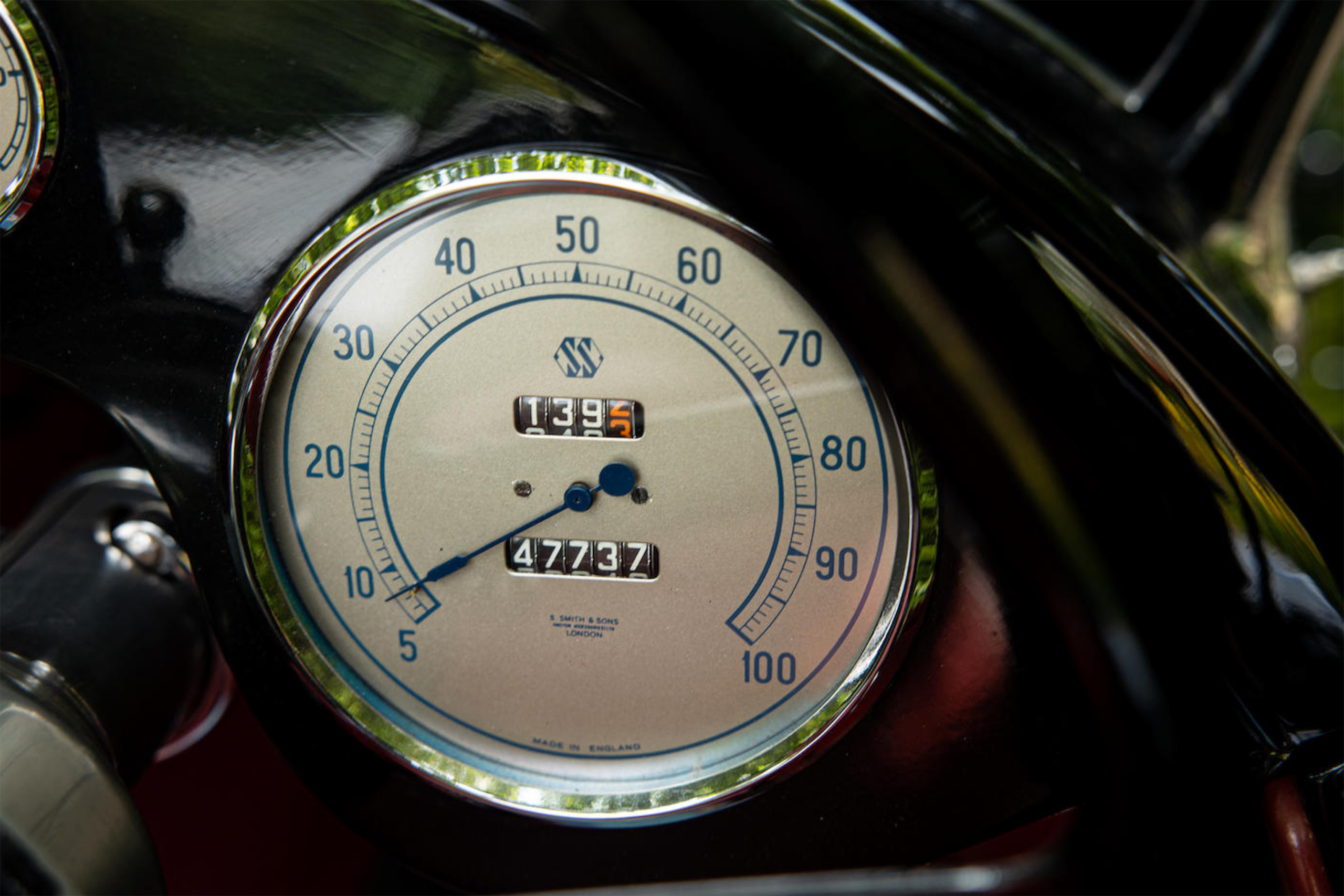 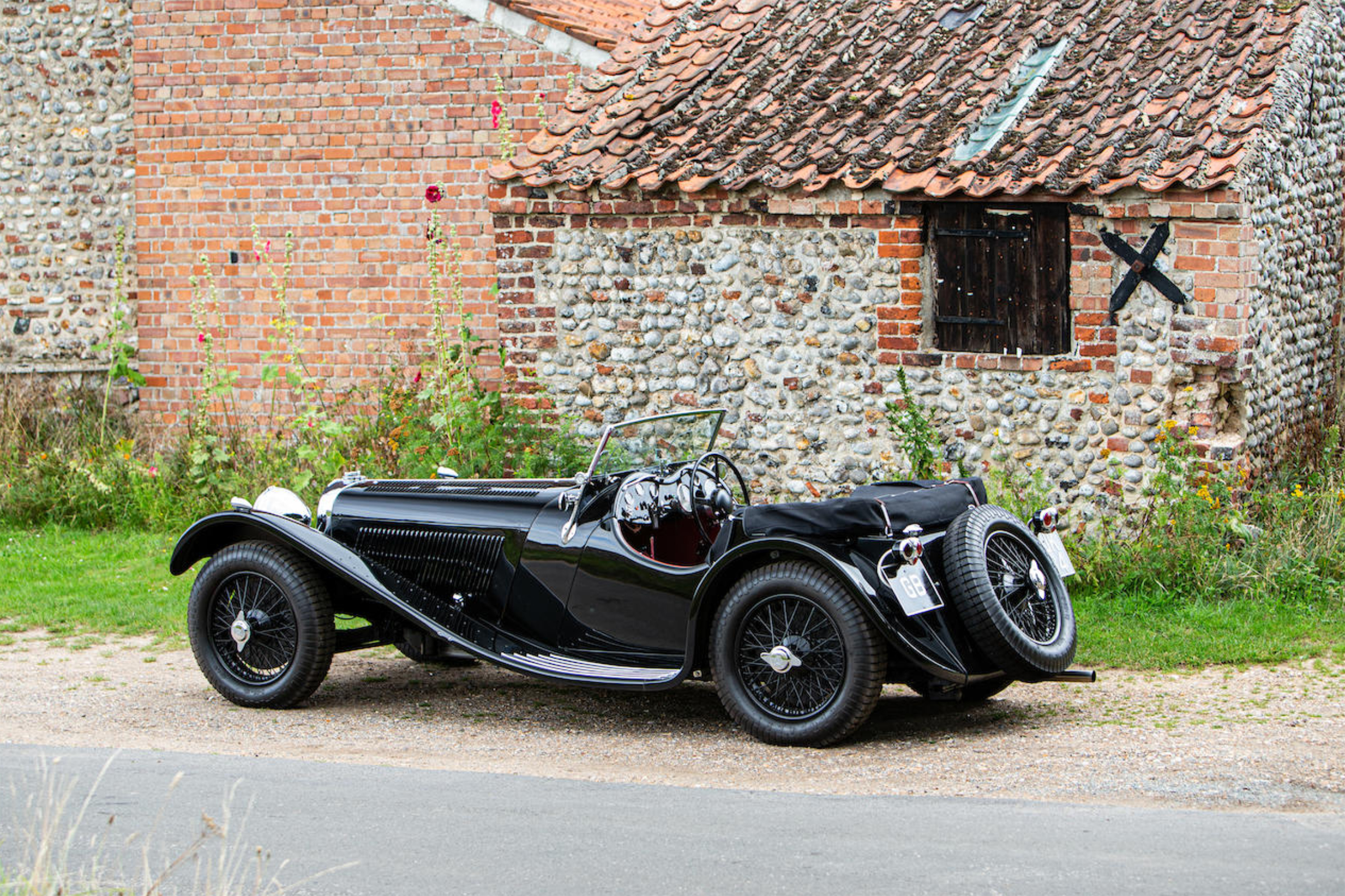 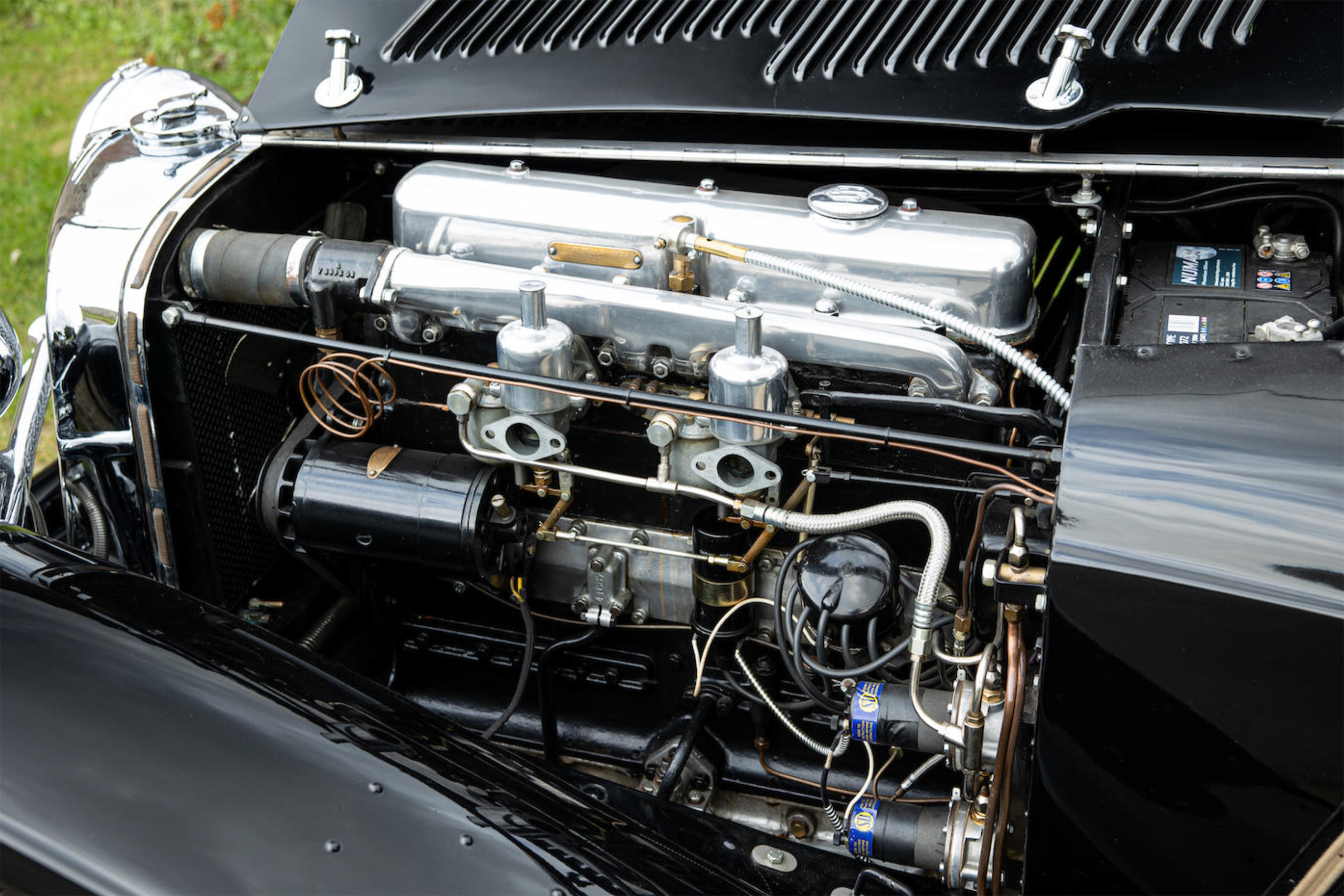 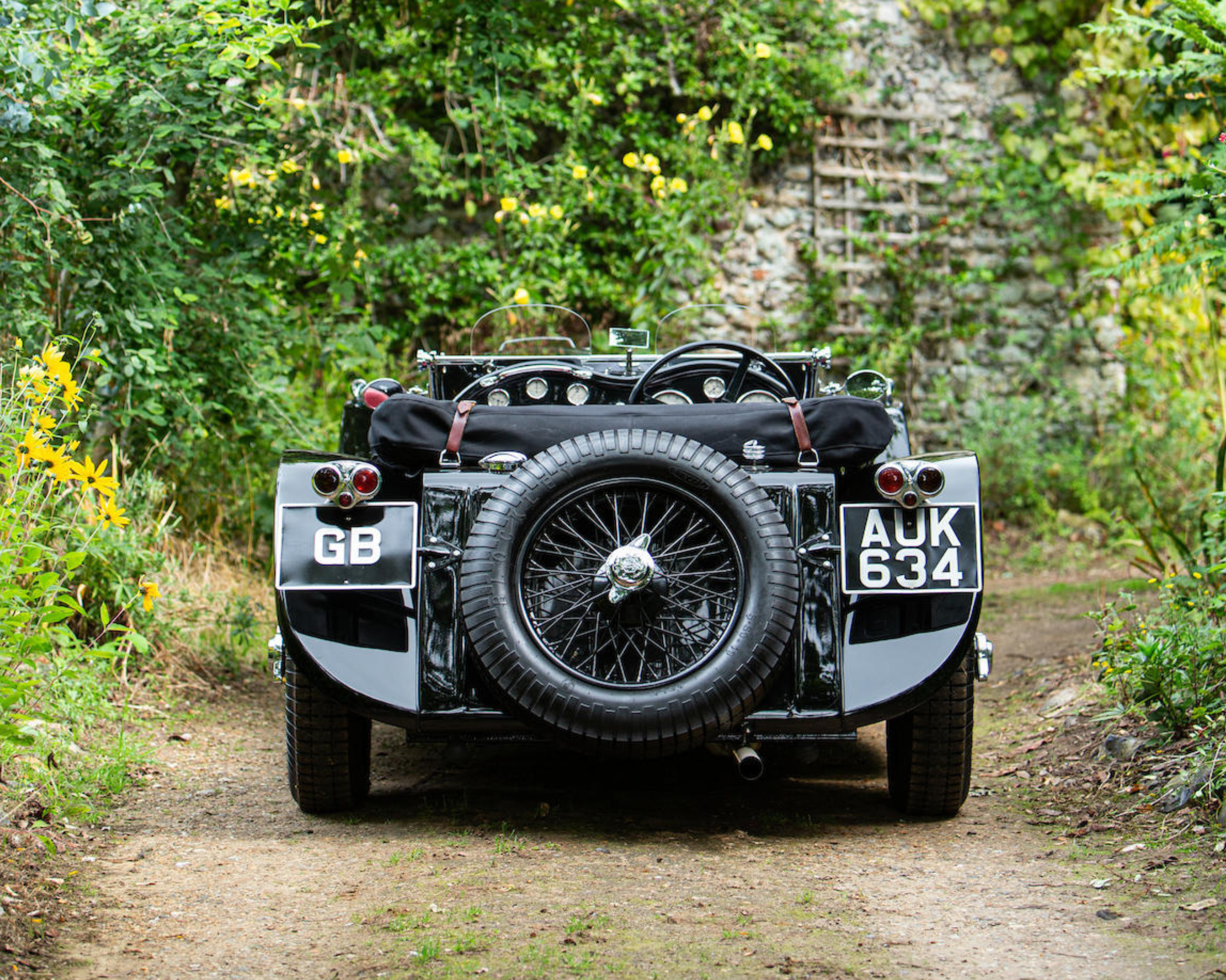