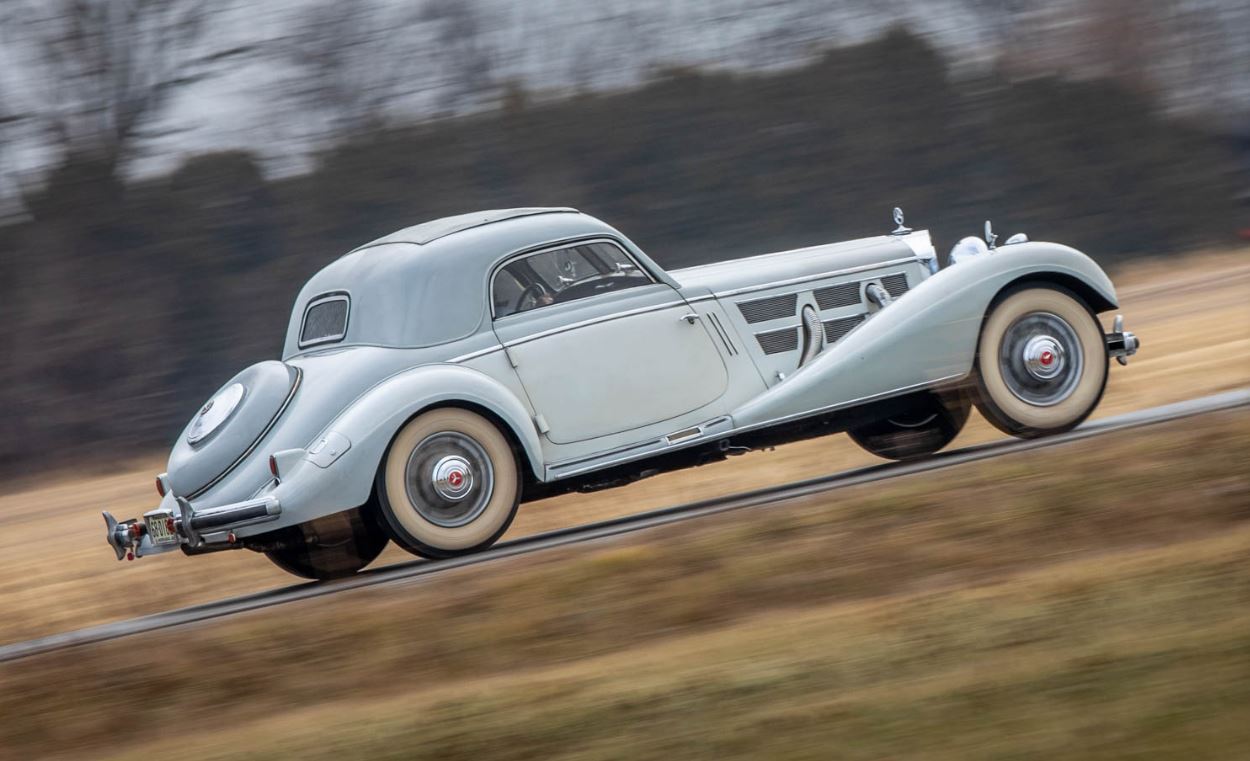 EVALUATION : Unrestored original | Originally a Sindelfingen (Body No. 200451) Cabriolet A with 540K second series set-back engine and radiator. Rebodied from the beltline up with this coupe roof by Hebmüller in 1951, whose modifications also include the vee windshield, skirted front fenders, and alterations to the tail. Brought to the U.S. not long after and owned by Henry A. Rudkin, Jr., scion of the family that started the Pepperidge Farm bakery. Sold by John P. Quirk to the present owning family at a Rippey’s/Park Bernet auction in Denver in 1968 and preserved since then in as-acquired condition. Hasn’t been registered for road use since 1980. Cracked and scratched old repaint. Sound original upholstery turning brown with age. Surface rust on wheel rims. Chrome bumpers and trim are peeling, but the radiator, headlight shells, and parking lights look sound. Engine compartment shows age. Runs, drives, and stops after recent ­recommissioning by RM Auto Restorations, although it probably shouldn’t venture far on its old whitewalls. Rusting right door bottom. 1937 undercoat in the wheel wells. A long-rumored but unknown classic, aged but generally sound and complete.

BOTTOM LINE : The most anticipated and admired car in the Scottsdale
auctions, a gem of ’30s performance and design. It should be displayed for at least a year in preservation-class exhibits before being restored. There will be arguments about retaining the sunroof and the seriously funky, leg-scraping panel of auxiliary aircraft gauges that post-date the Hebmüller modifications; our opinion is that they’re part of its intriguing history and should remain. The set-back radiator and coupe coachwork are visually arresting, even in the present muted colors, and it is numbers-matching and original save for its most distinctive feature, the coupe roof. The fact that it sold for a bit less than RM’s million-dollar estimate reflects not a lack of interest but rather the value judgment of informed classic car collectors. The selling family should return to Nebraska satisfied, if not ebullient, with this result. 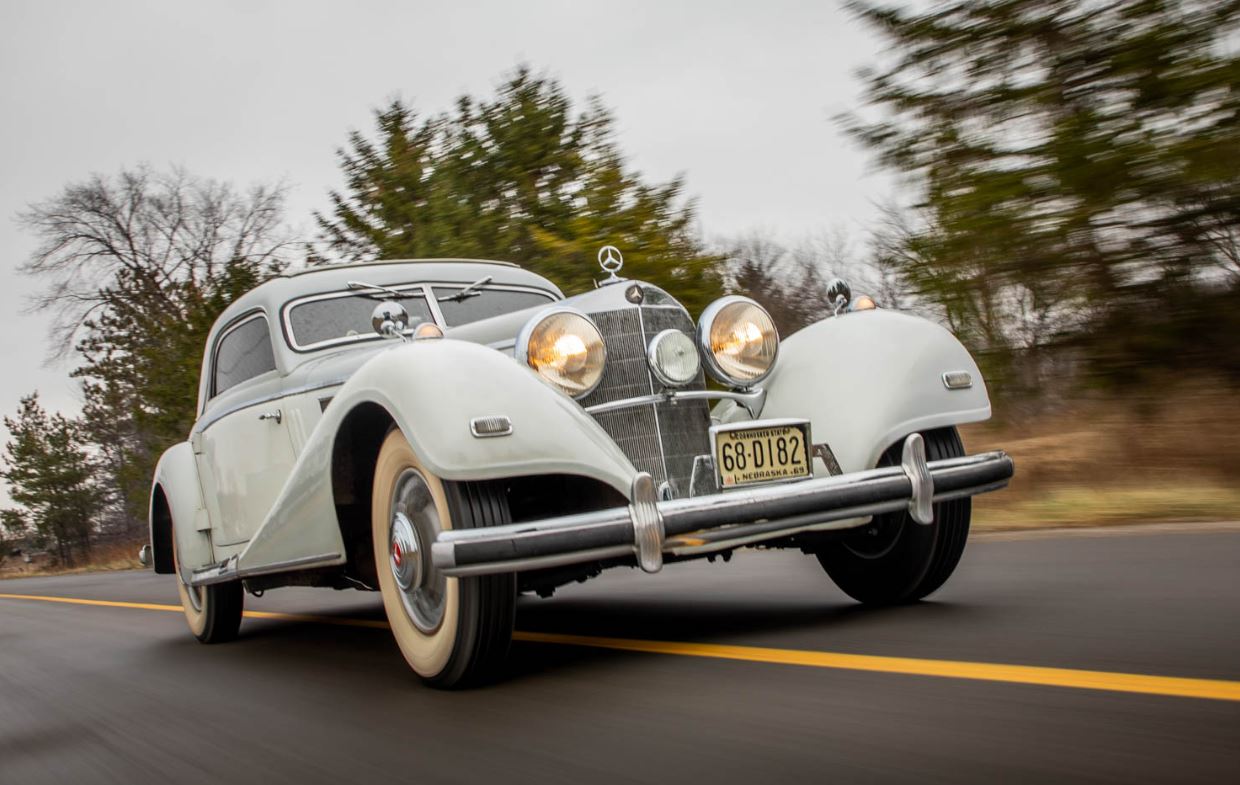 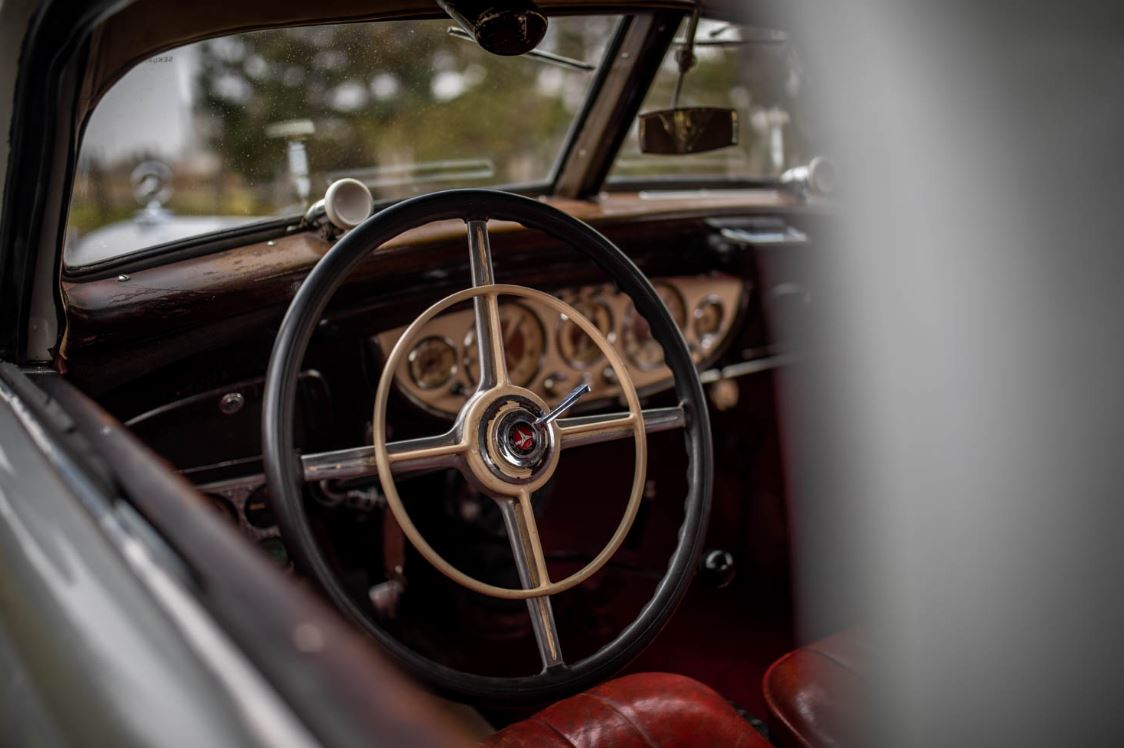