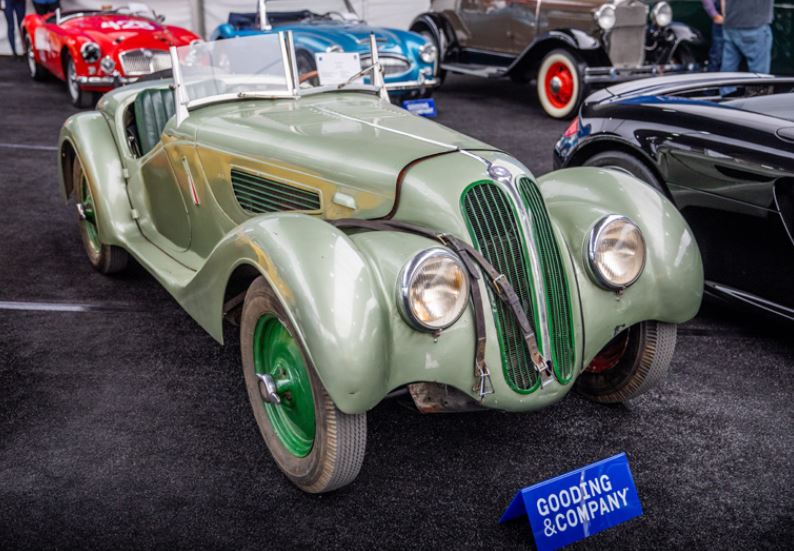 EVALUATION : Unrestored original | Acquired by Army Air Corps Squadron Commander Edward Giller in Germany in 1945, who kept it through various important assignments in the States, which eventually resulted in a promotion to major general. It has remained with the Giller family until today, regularly driven until this decade, and was recently recommissioned by White Post Restorations (although it’ll need much more attention before driving distances greater than the length of an auction podium). Components represented as original, matching numbers, verified by BMW Group Classic. Scratched and chipped paint is not original but is old and cheap. Upholstery is old and worn. Dull brightwork. Unrestored, dirty, and tired. The engine smokes badly. Sound, solid, and
complete but needs everything.

BOTTOM LINE : A breathtaking result for any BMW 328 without racing history, let alone one that has such extensive needs. Certainly, there’s value in the single family ownership for three-quarters of a century, in its completeness and its level of preservation. But it will have to make the most of preservation-class concours appearances to earn back some of its massive premium, and even that will require extensive mechanical work. Once restoration starts, the added costs will sink it further underwater. This is a car bought for the passion of owning it, not a rationally considered value decision.