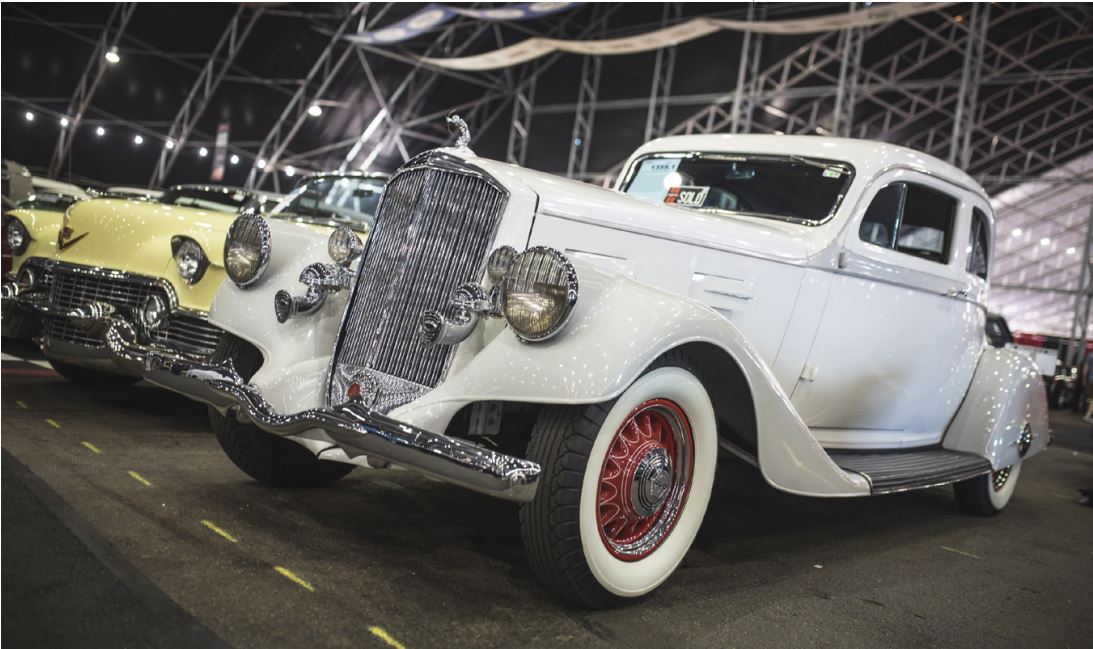 EVALUATION : Older restoration | Excellent paint, chrome, upholstery, and
interior wood trim. The engine, chassis, and frame were restored to like-new condition but use since then has left them covered in oily residue. Good panel fits and seals—except neither door closes flush or evenly.

BOTTOM LINE : This design milestone from near the end of Pierce-Arrow’s reign as one of America’s premiere luxury marques stands out amid the muscle and restomods at WestWorld. But it’s been here before: Barrett-Jackson sold this car in 2005 for $108,000; it was bid to $120,000 at RM Meadow Brook seven months later; passed at Gooding’s Palm Beach auction in January 2006 on a reported bid of $90,000, then sold at RM’s Boca Raton auction a month later for $98,975; and sold at Barrett-Jackson WestWorld in 2013 for $258,500 with 44,514 miles. It has been driven but little since, and the quality of its ’90s restoration is manifest in its condition and presentation. The variability in its auction results over the years is notable. Fortunately, it’s still worth enough that it runs little risk of having its 140-hp straight-eight pulled and replaced by an LS drivetrain. It deserves to find a good home where it’ll be driven and shown.