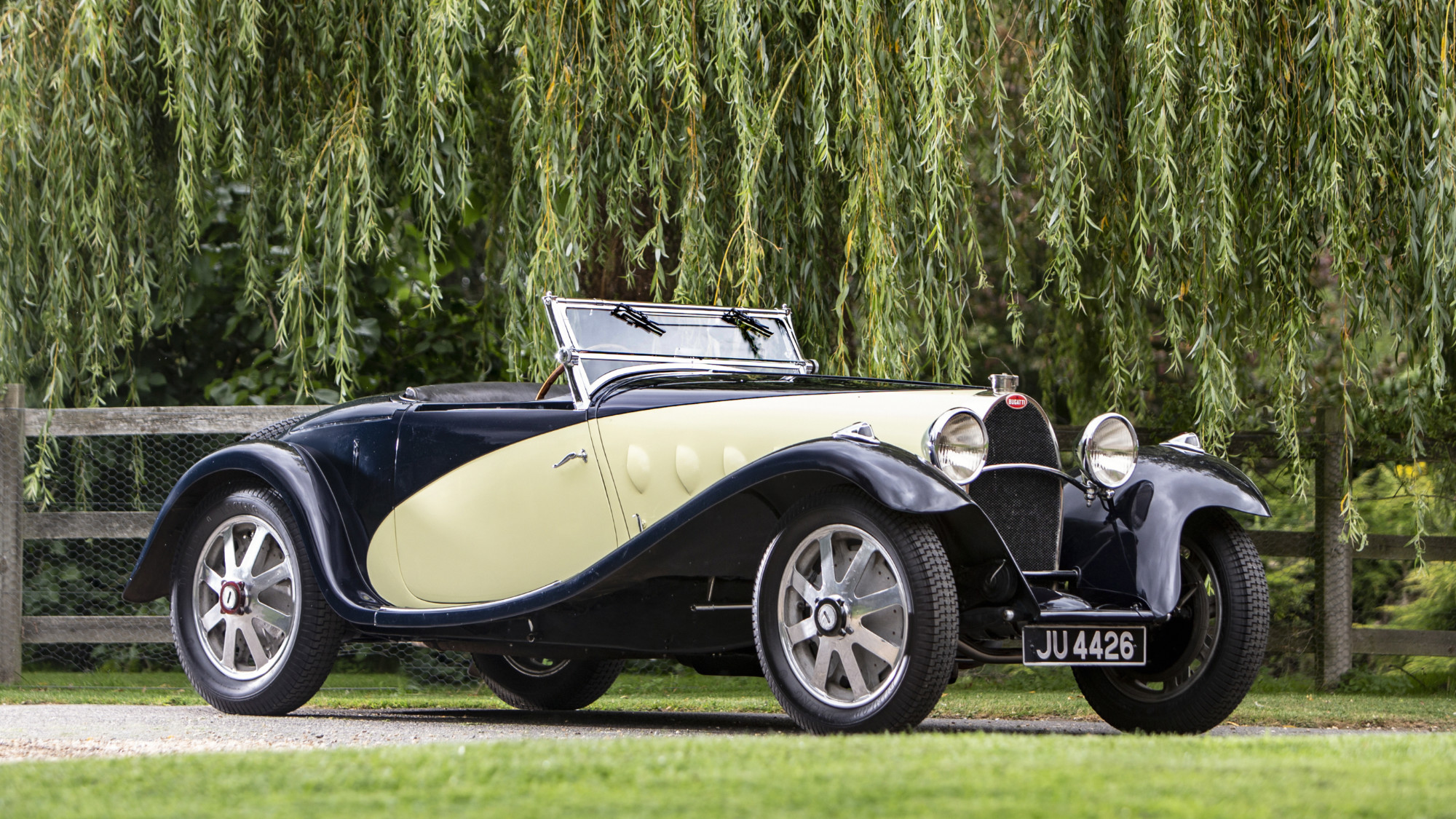 Evaluation: Older restoration | Raced when new by Count Guy Bouriat/Louis Chiron for the Bugatti factory at Le Mans in 1932 with the required four-seat tourer coachwork. Ran out of fuel in the third hour and retired. Rebodied by Joseph Figoni for the next owner, Jacques Dupuy, who won the Paris-Nice Rally with it in 1933. Eventually sold to Geoffrey St. John in the United Kingdom in 1963, by whom it was restored with the current engine (from 55223). Repaired after an accident in the mid-’90s with the original frame and coachwork. One of only 38 Type 55s, of which 27 are known to survive. Oily but orderly and clean engine compartment. Sound but chipped old paint. Worn old upholstery. Said to run and drive superbly in a December 2019 feature in Classic & Sports Car by Mick Walsh and the Duke of Richmond and Gordon.

Bottom Line: Type 55s are unanimously acclaimed for their Jean Bugatti
cutdown-door roadster bodies, easily one of the most attractive and sporting bodies ever put on any car. But 55221’s Figoni roadster body is also attractive, sporting, and even more practical, not to mention less common. The accident and extensive repair history dings the value, but the car itself is thoroughly
inspected and documented, and the Grand Palais bidders were undeterred.