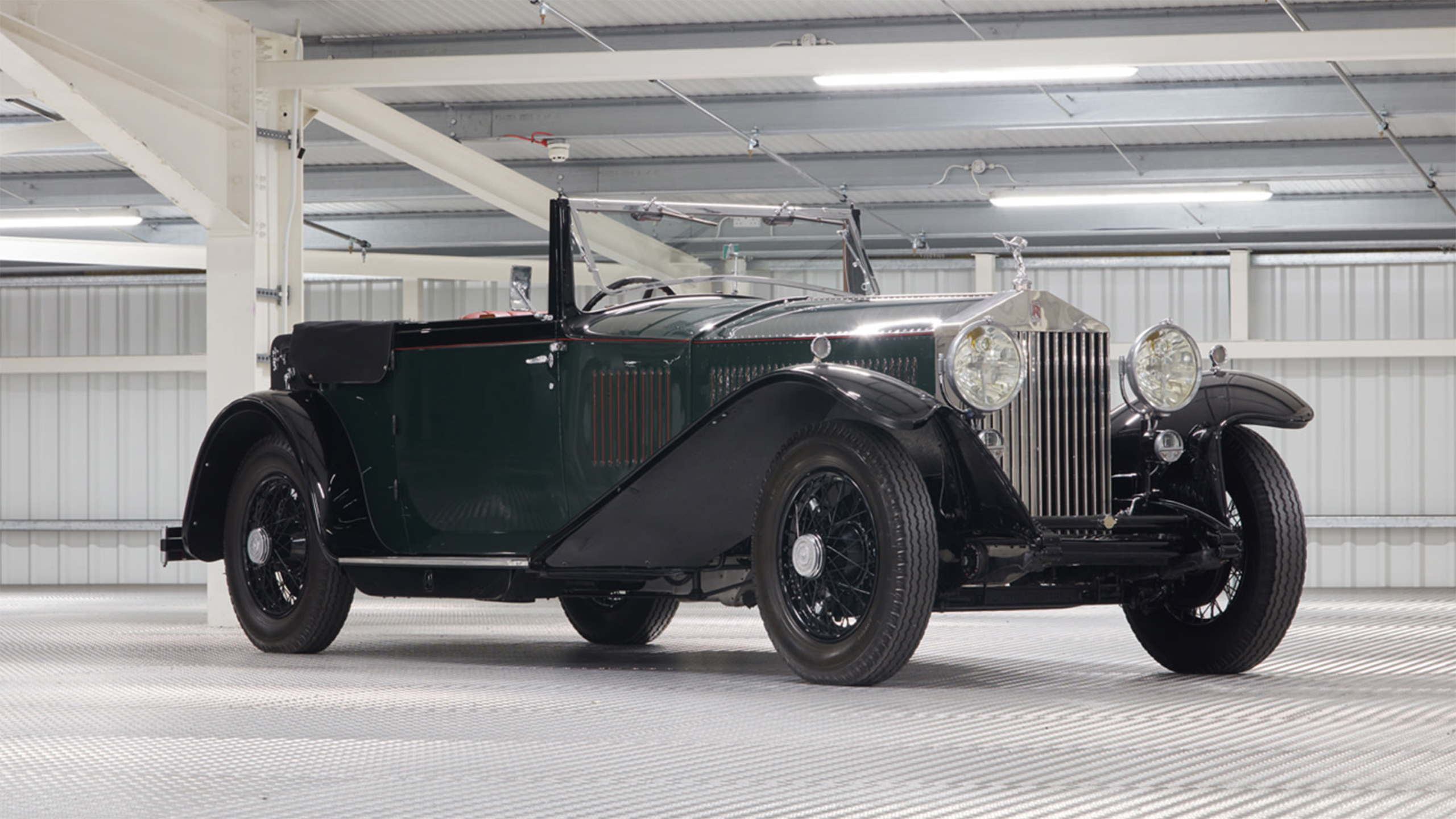 Evaluation: Restored in 2019 to the original order specifications of its first owner, Captain Jack Frederick Conrad Kruse, a serial owner of great cars. This impeccable motorcar has a great paint finish that is too glossy for the period. The proud Rolls-Royce signature grille is the best I’ve ever seen, simply faultless, and the R-R badge has the early original red lettering. The Marchal headlamps lenses look tired and aged. The hand-painted coachlines are immaculate, as are the transitions to black, which are perfectly executed. The wire wheels show evidence of pitting on some spokes and are shod in old tires. Top-quality leather and the woodwork is of the highest order and craftsmanship. Lovely engine presentation with some paint chipping and small water stain areas, but it all looks honest.

Bottom Line: Captain Jack’s Drophead Coupe is a distinctive and sporting example, a PII Continental at its best. It was offered by Bonhams at Quail Lodge in 2008 where it was reported bid to $620,000 but not sold. It seems to have deteriorated little in the subsequent thirteen years despite its being used in the Peking to Paris Motor Challenge. Its price here is a bargain. 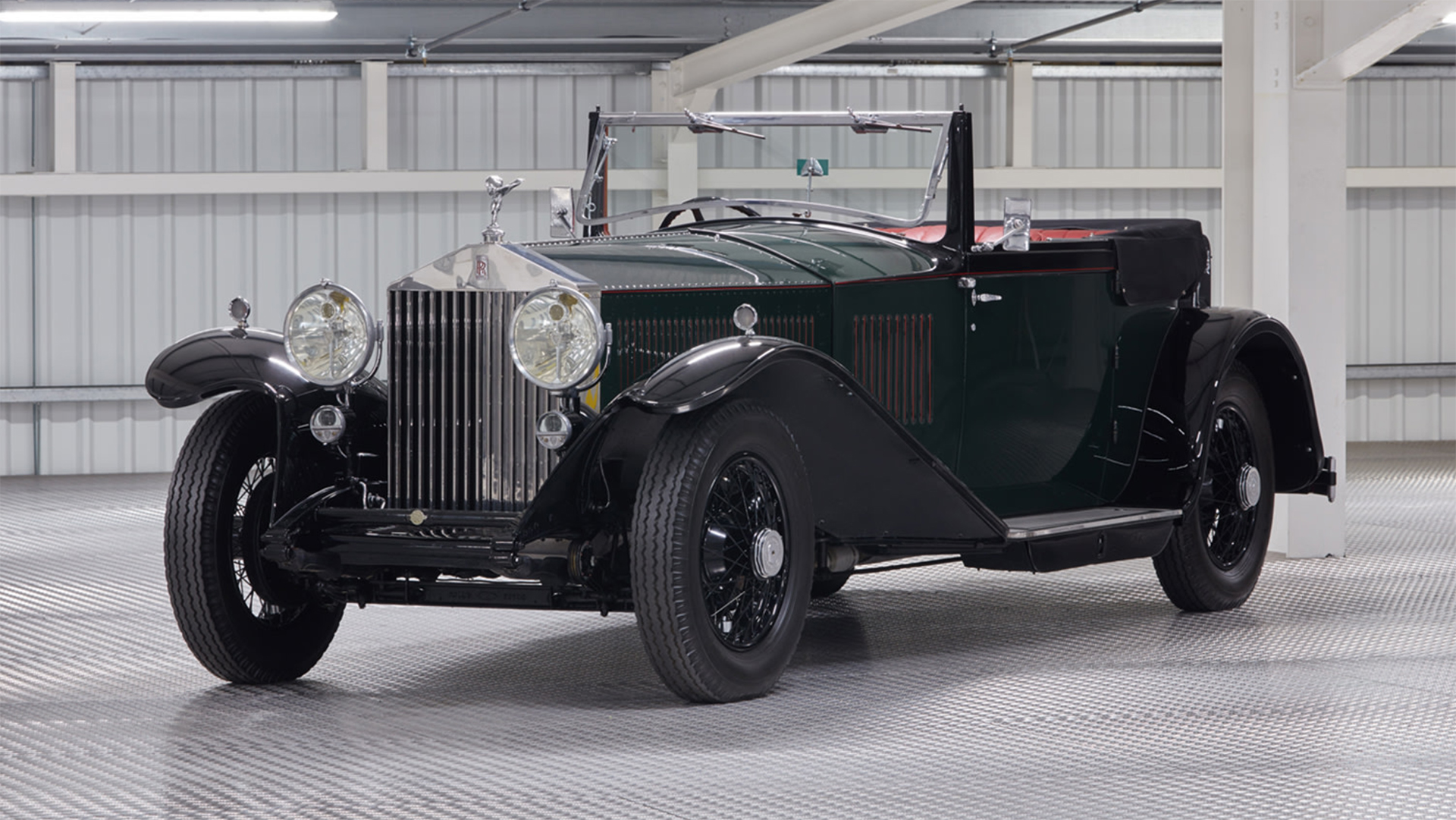 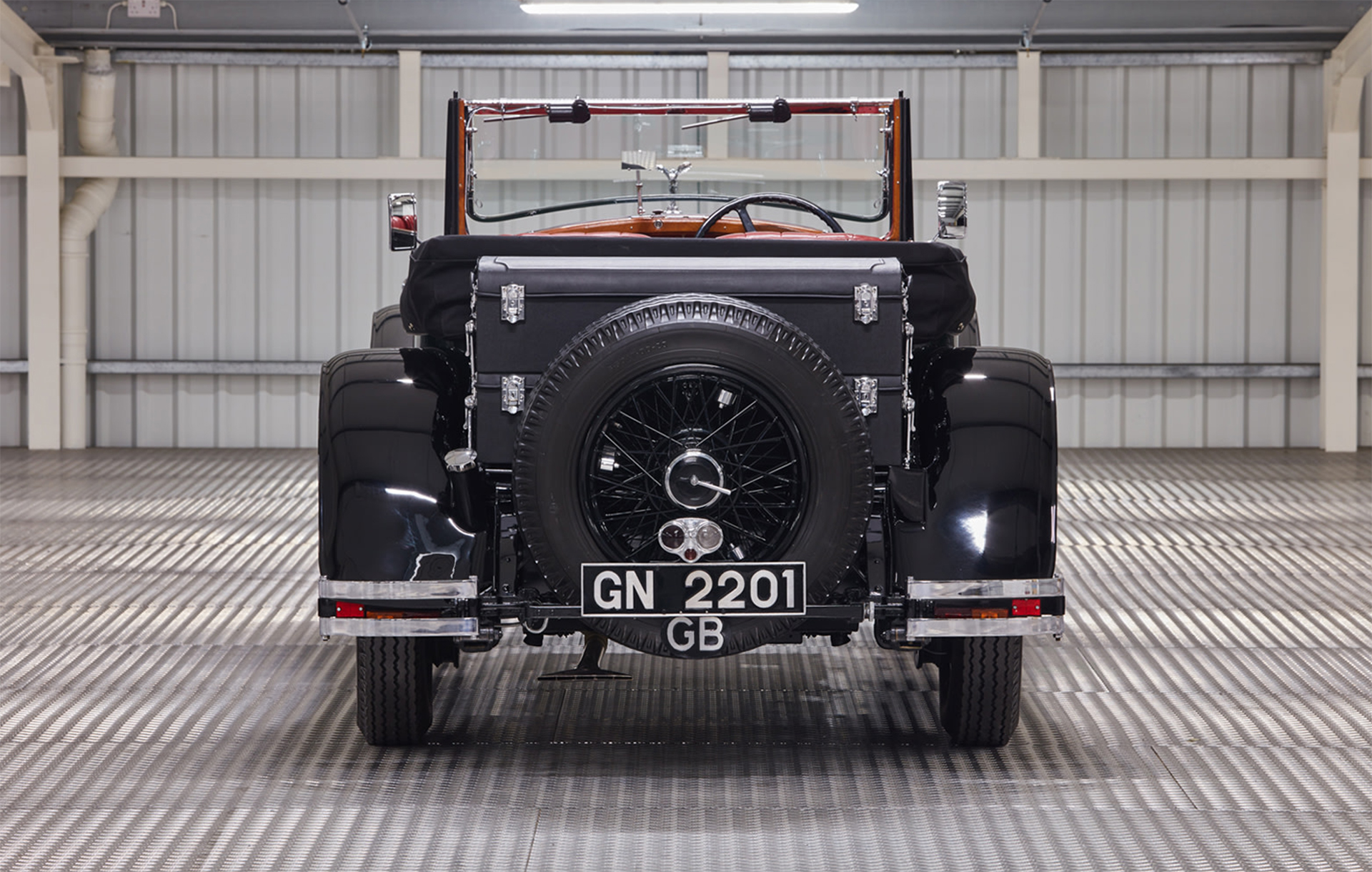 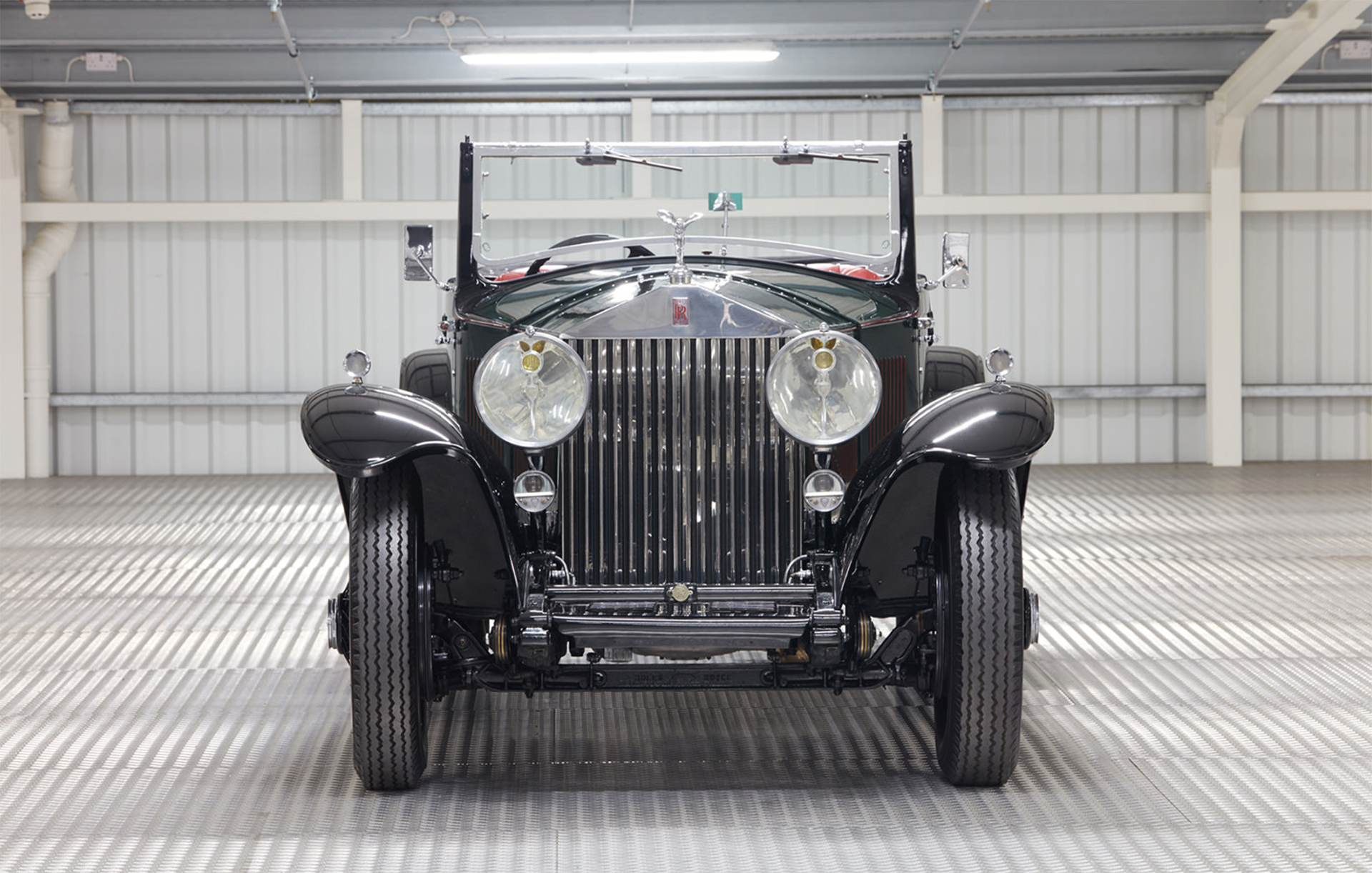 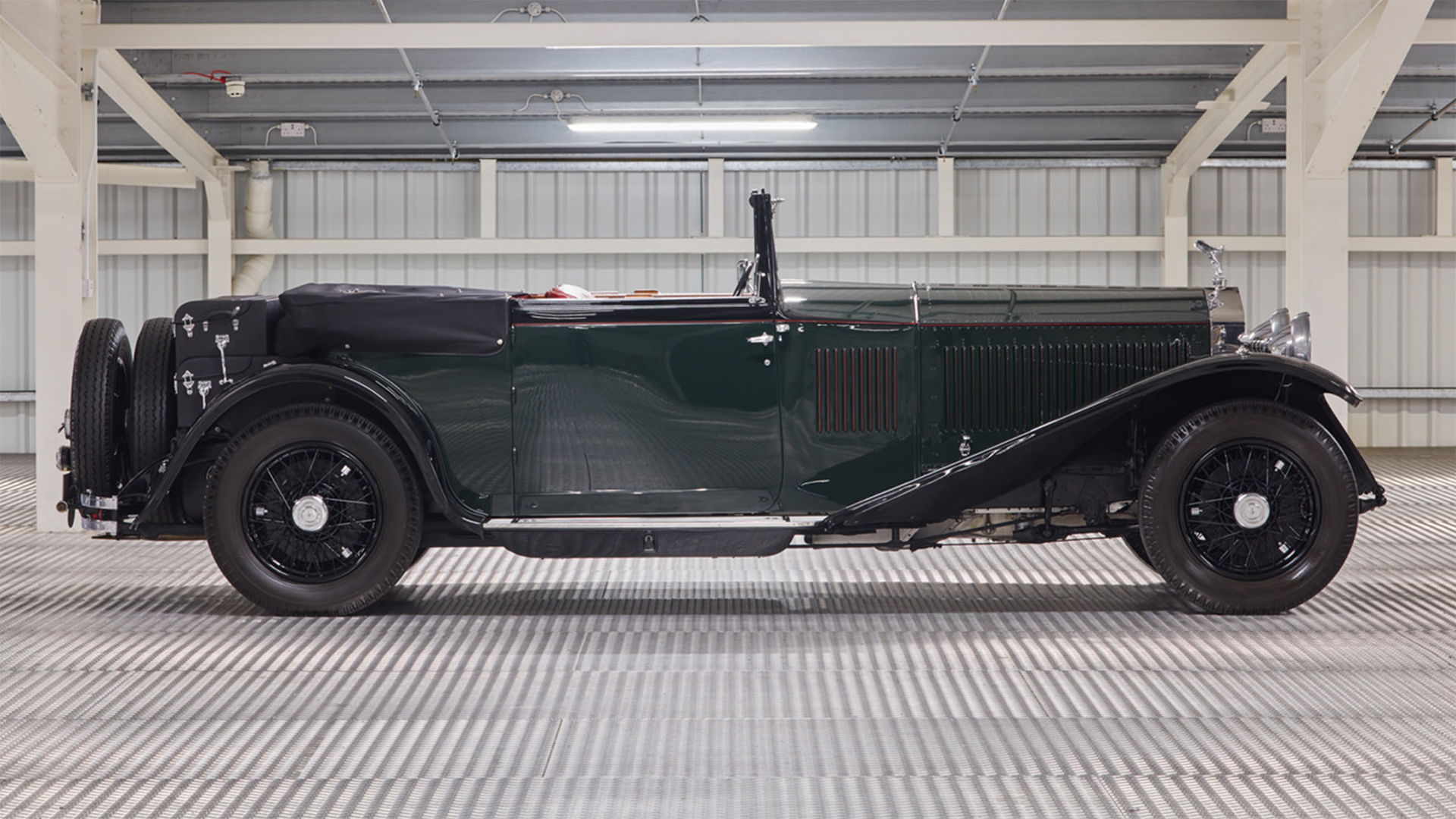 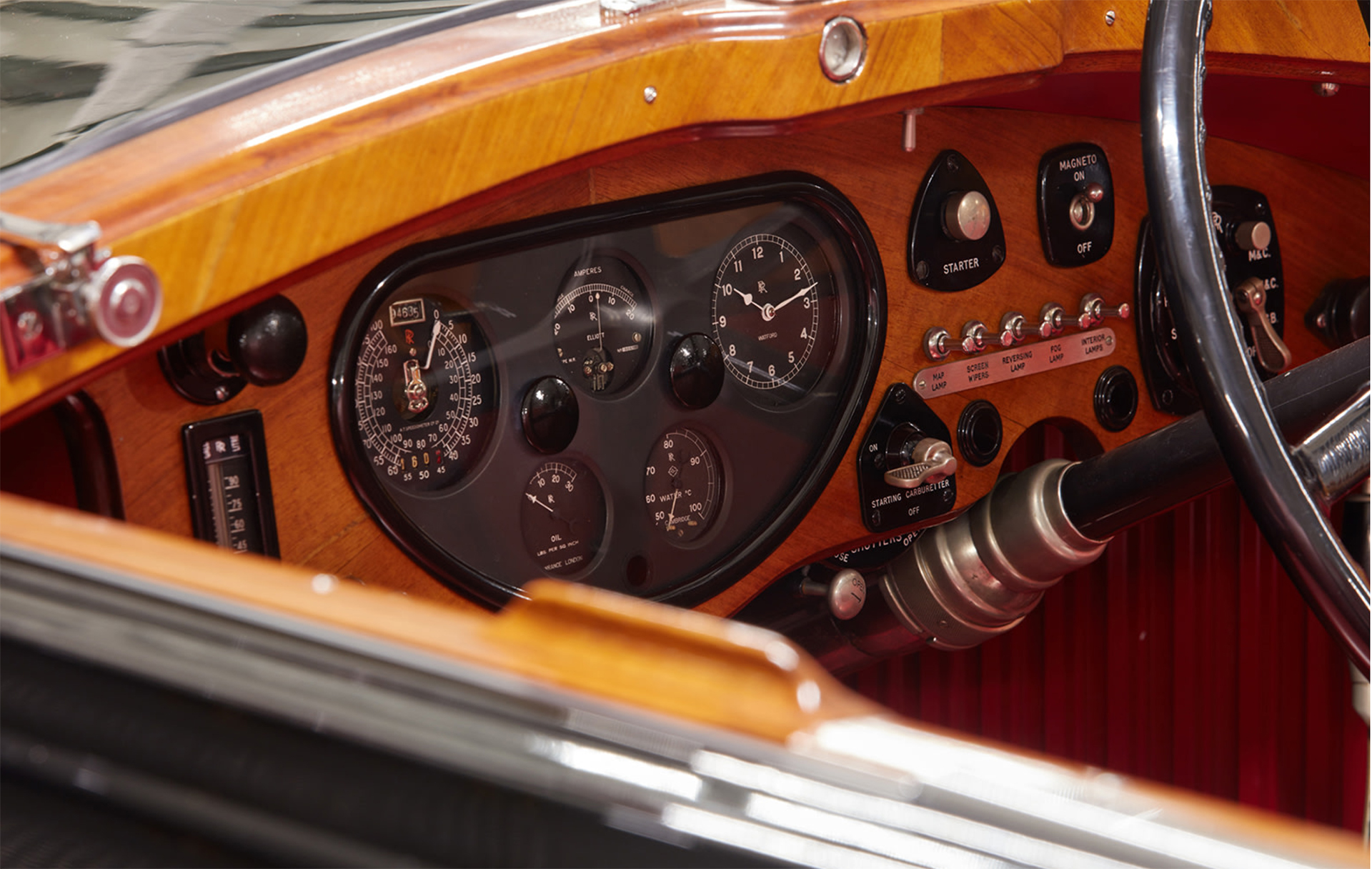 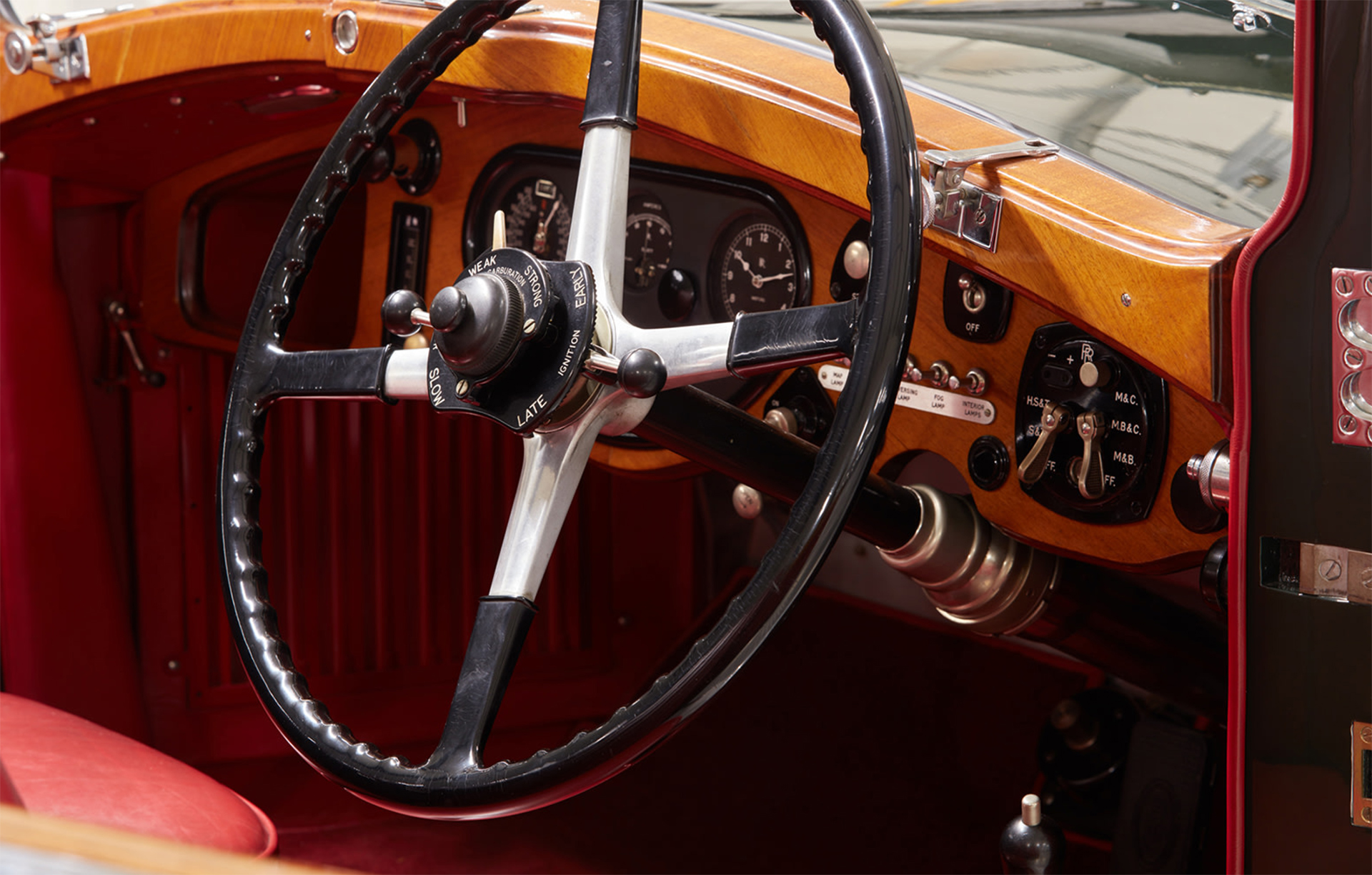 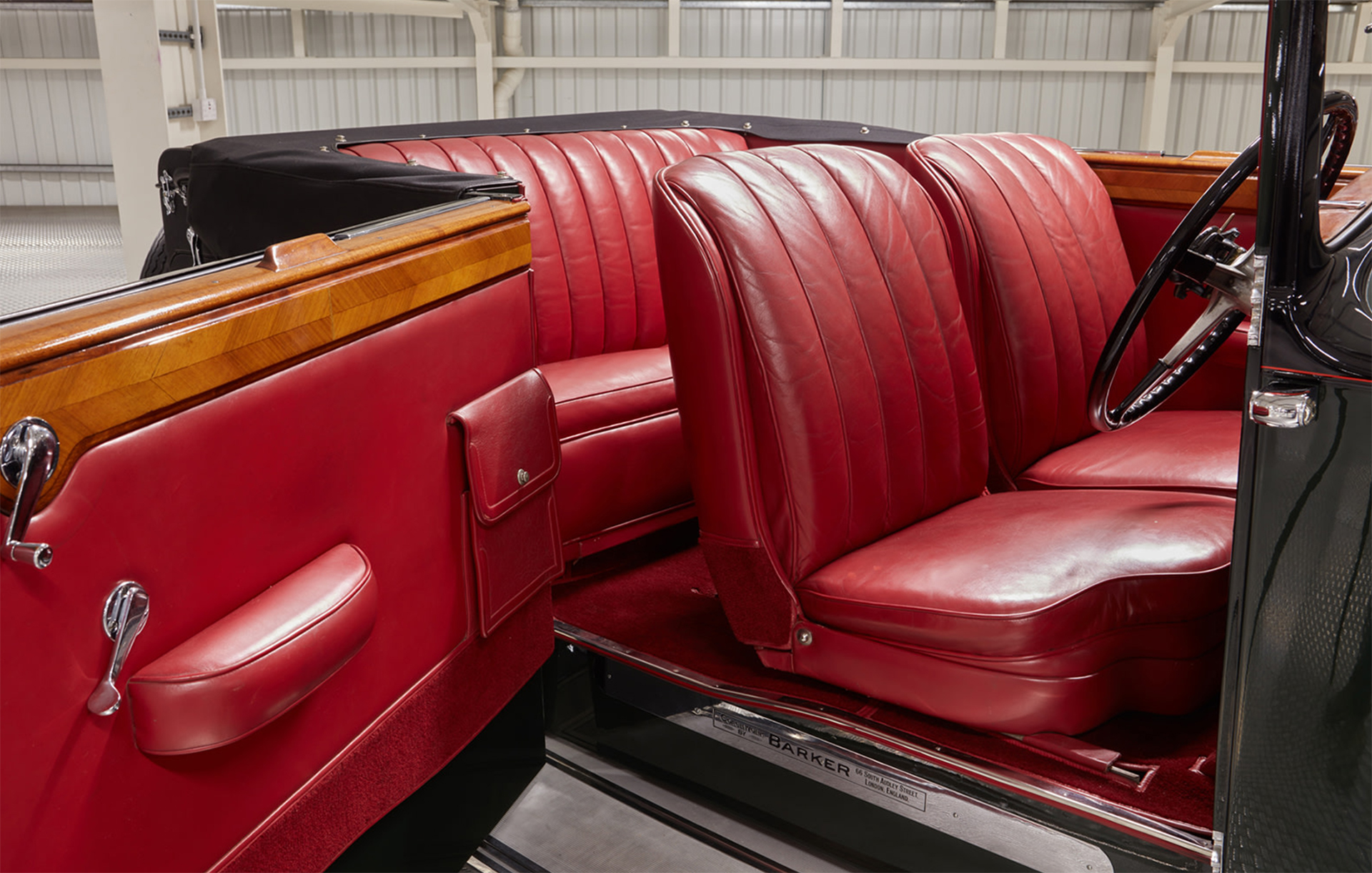 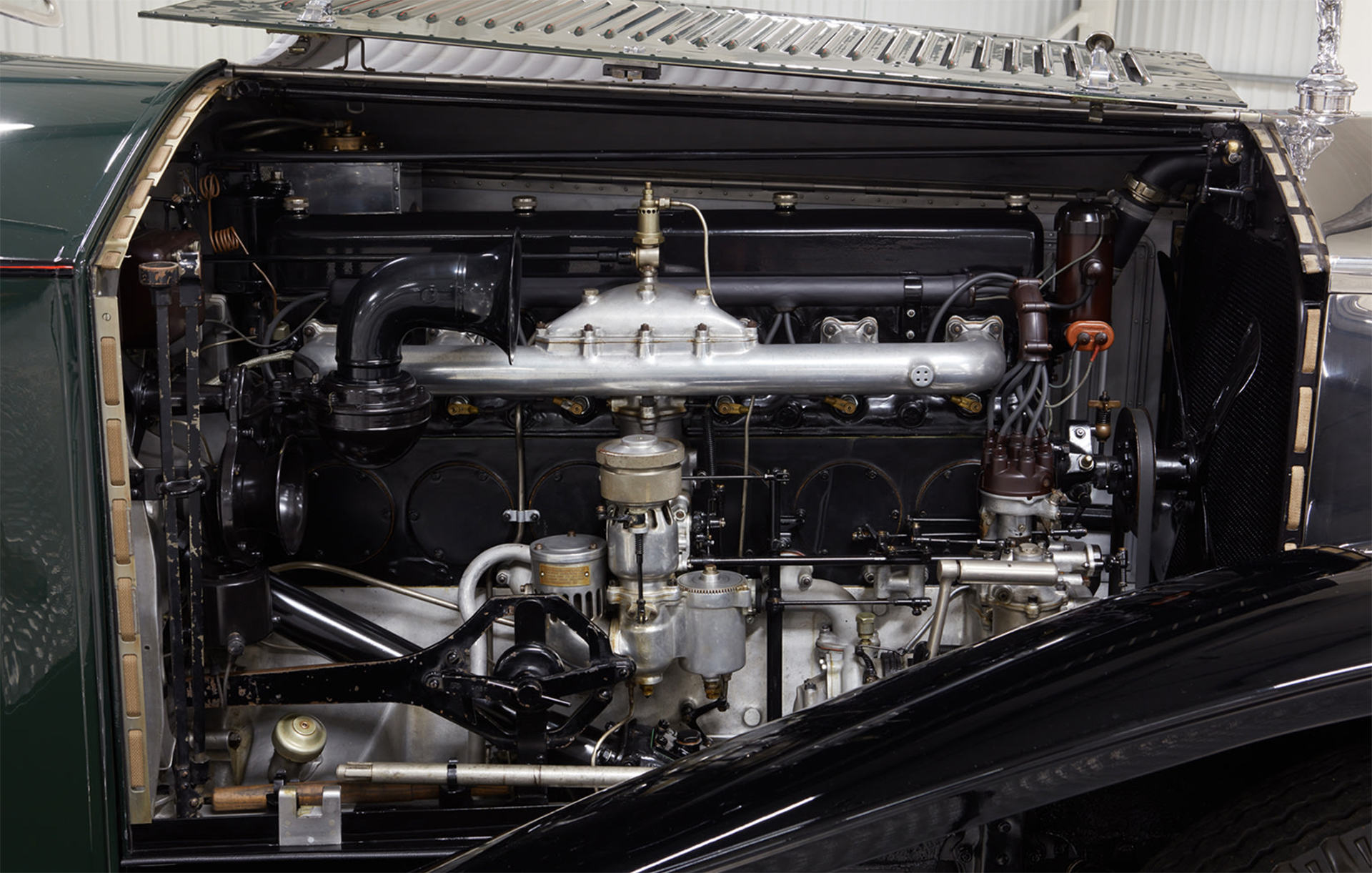 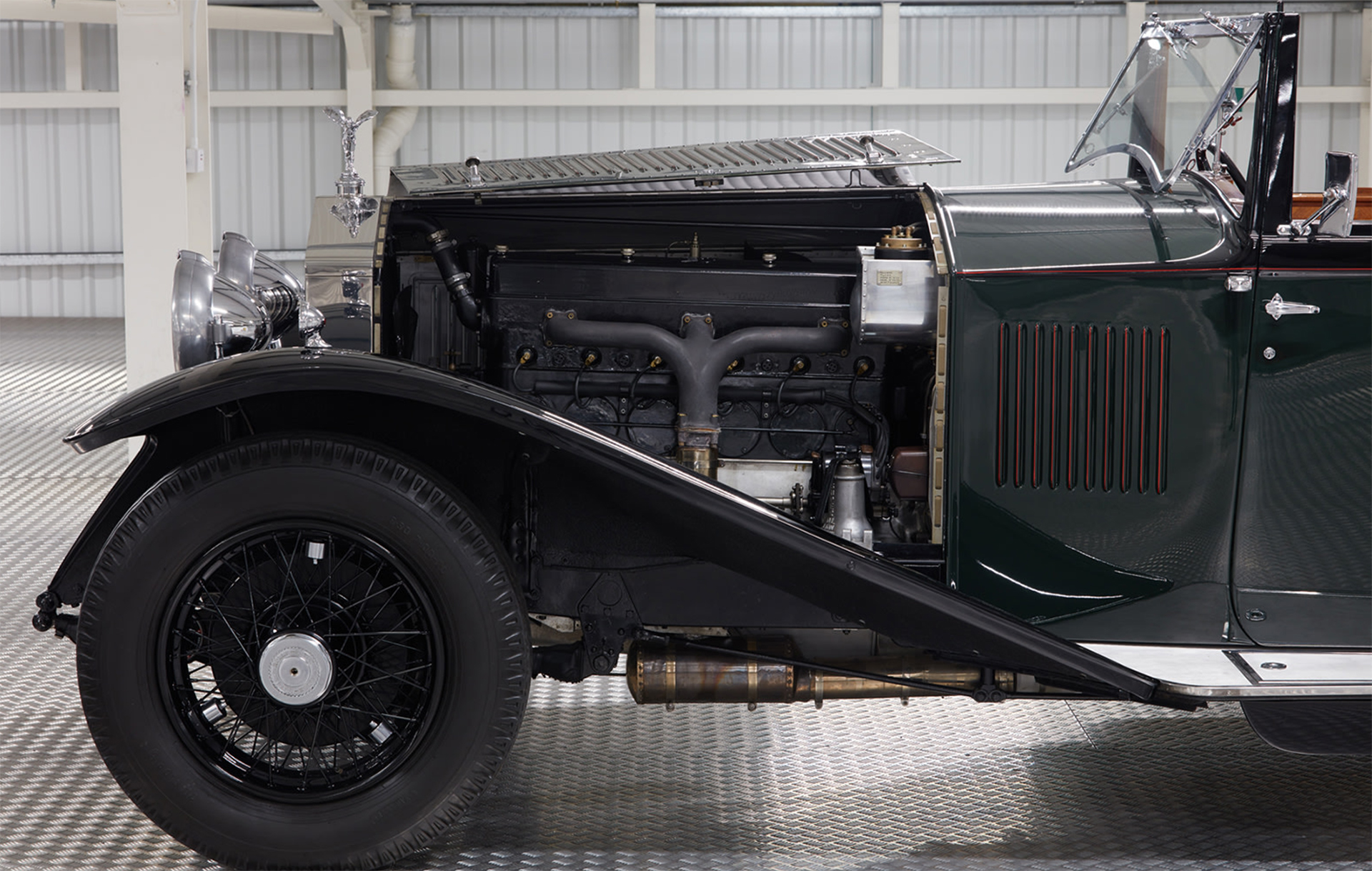 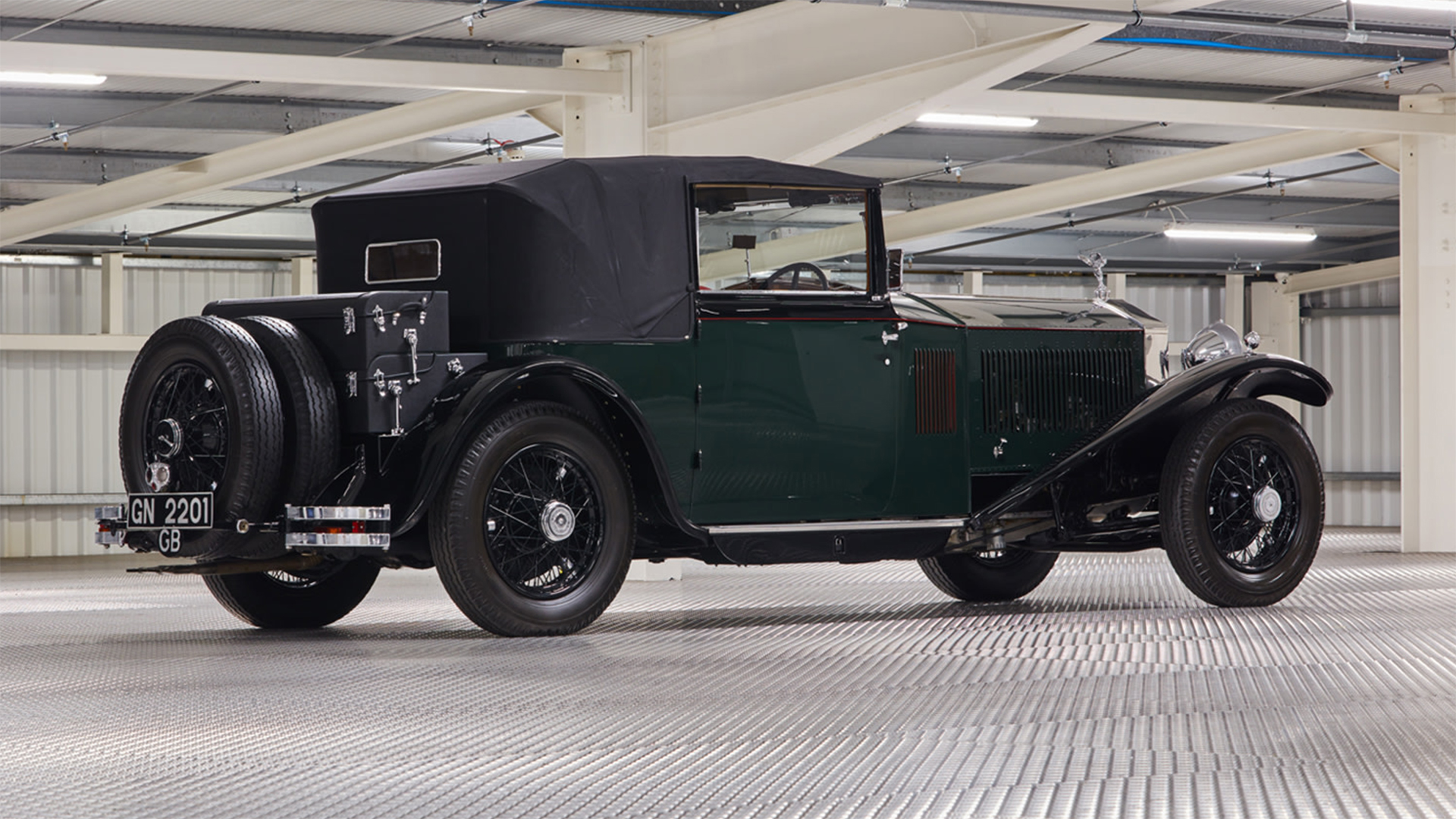