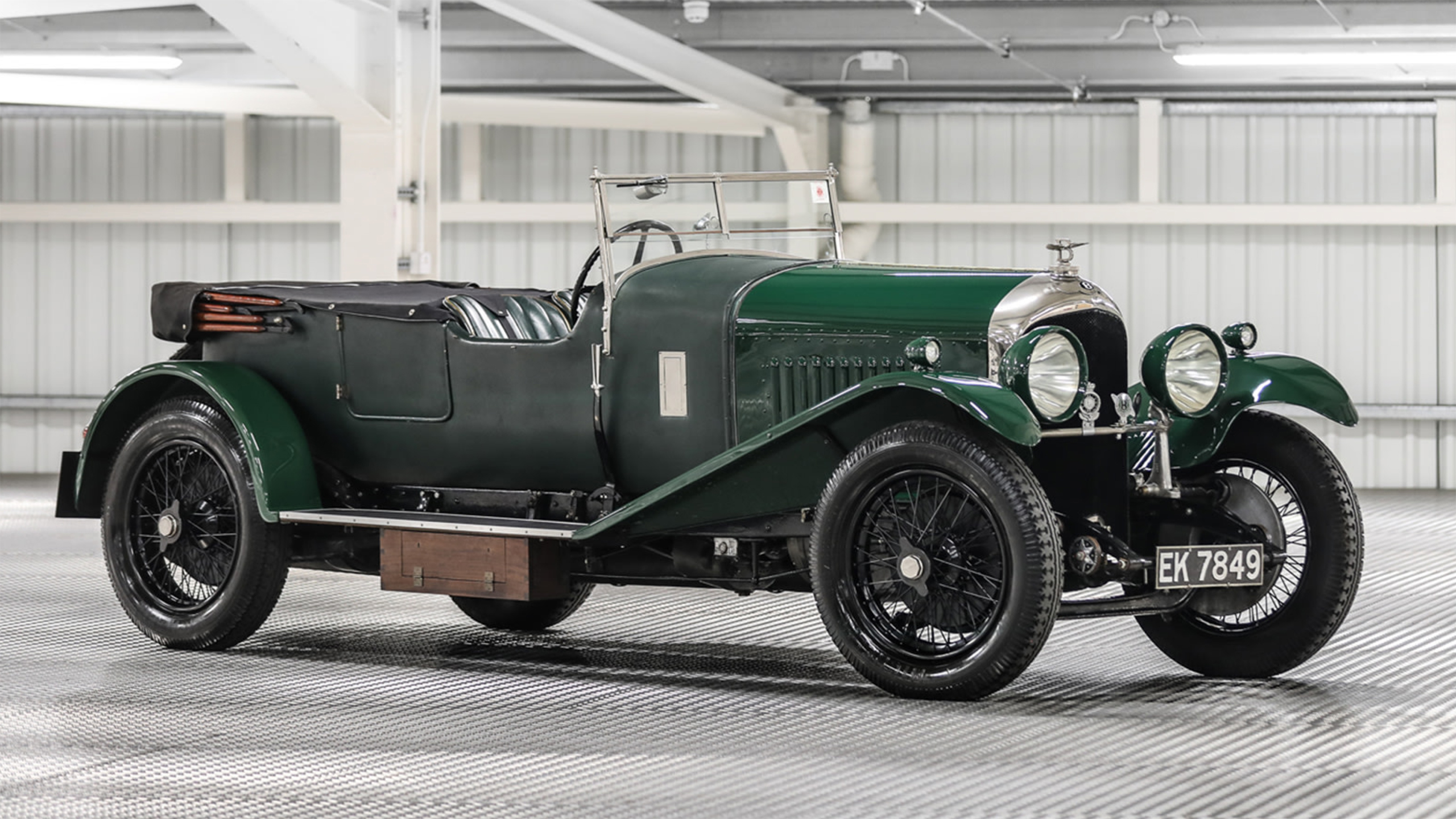 Evaluation: A total of 720 4 1/2 Litre cars were produced between 1927 and 1931, the 4-cylinders simply being a 2-pot reduction of the famed Speed Six. This one had its frame replaced at Bentley in 1936 after an accident with one described in the catalogue description as “most likely new, unnumbered old stock.” Eventually acquired by Bill Spear in 1951, then passed to George Waterman, Jr. in 1956. Returned to the U.K. in 1973. Inspected by Dr. Clare Hay in 2013 and found to be the original bodywork, engine, gearbox, both axles and bonnet.

Imperfect two-pack paint with chips and swirl lines. The body fabric looks aged and faded. The headlamp rims have been sprayed over in body paint and it doesn’t sit right. The windscreen frame is dull. The running board underslung toolboxes are superb. The wheels and tyres are very well presented and look recently refreshed. The chassis look straight and original.

The seat leather is good but aged. The carpets disappoint with heel wear near the pedals. The engine looked correct and well kept. It doesn’t appear ever to have been fully restored, just maintained as needed and used as W.O. Bentley would have approved. A 4 1/2 Blower was James Bond’s original car in the first three novels. This is a good honest car but James might have sworn at Q if he was offered the key to this one rather than the Blower. 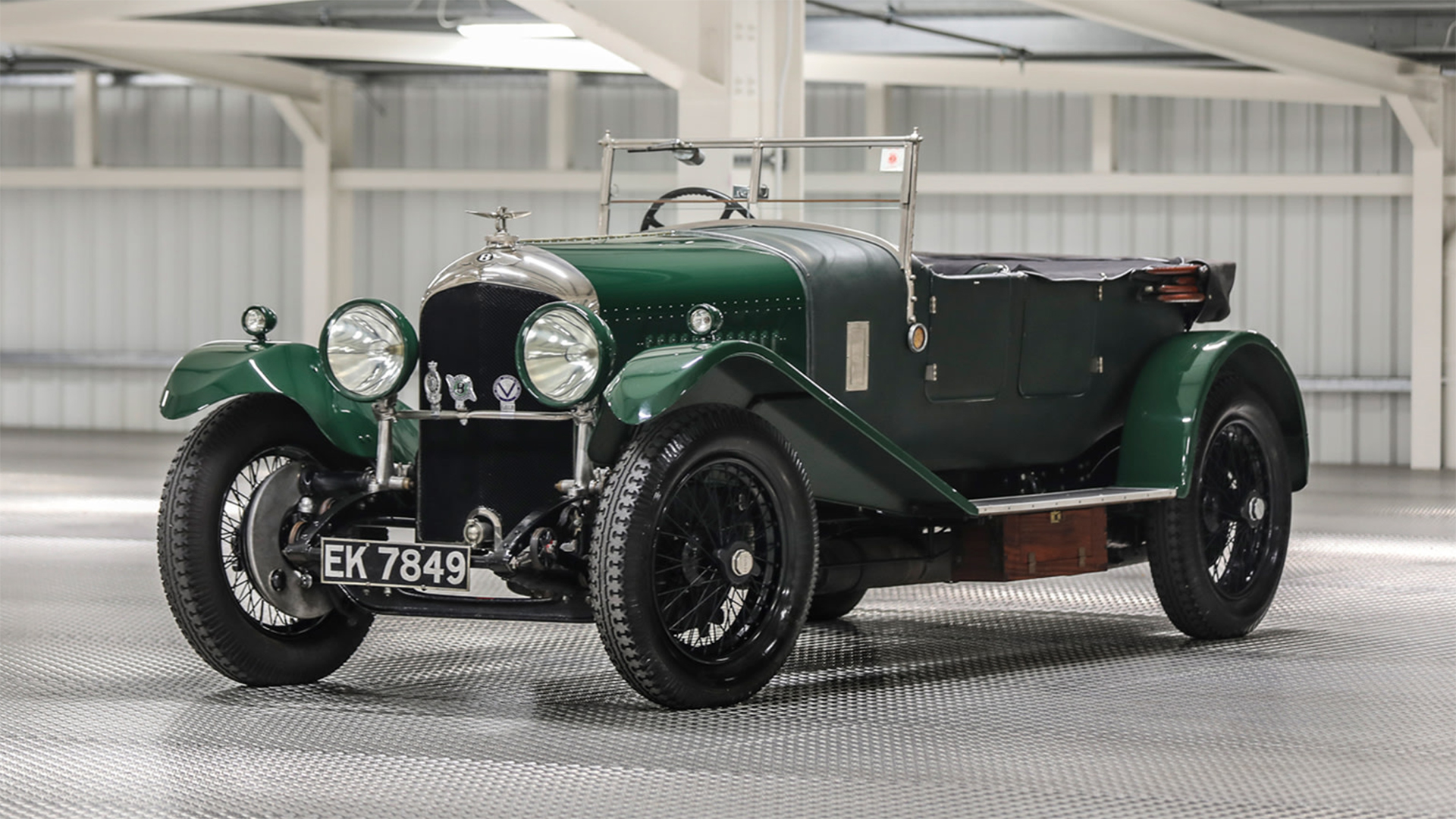 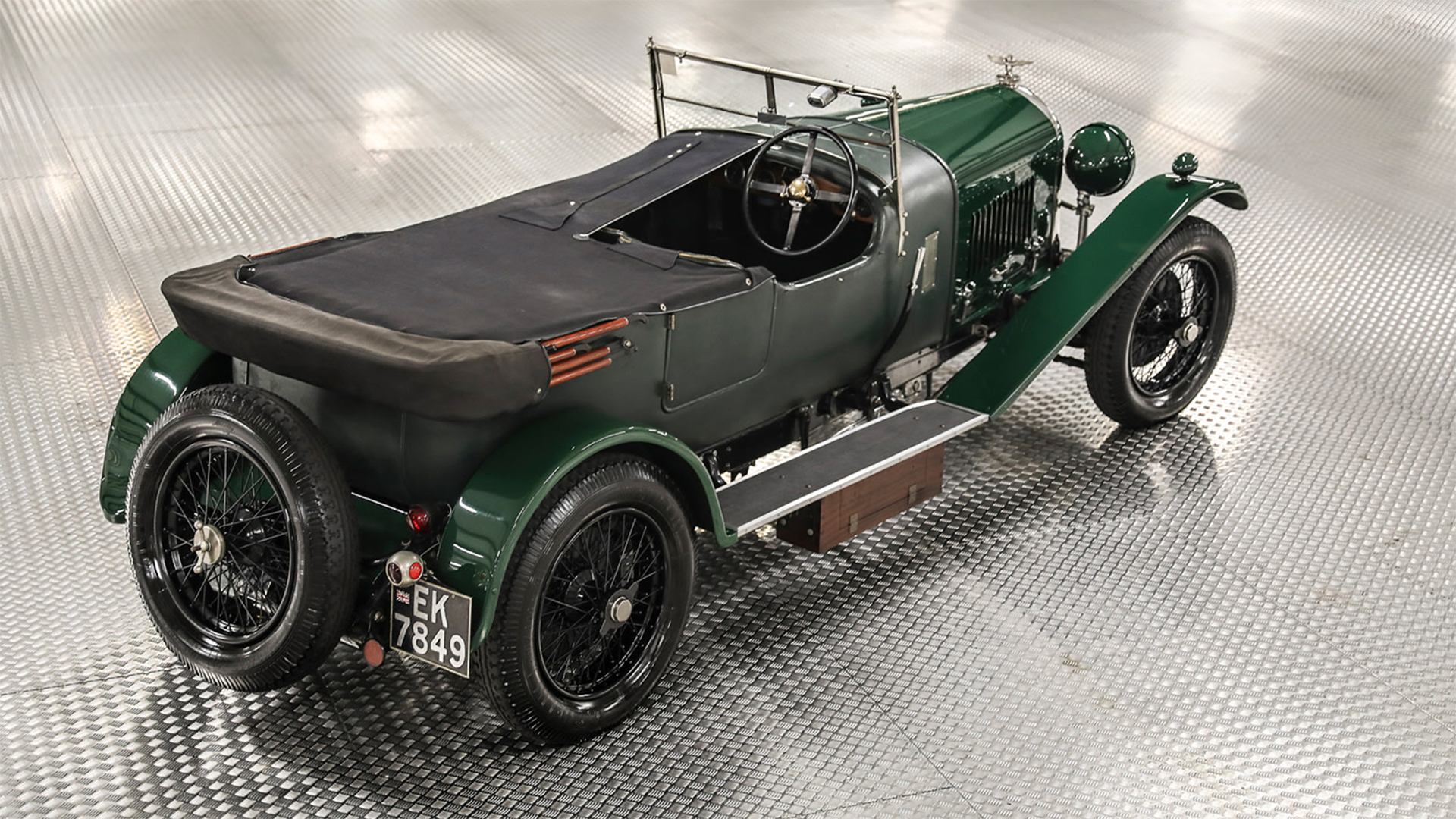 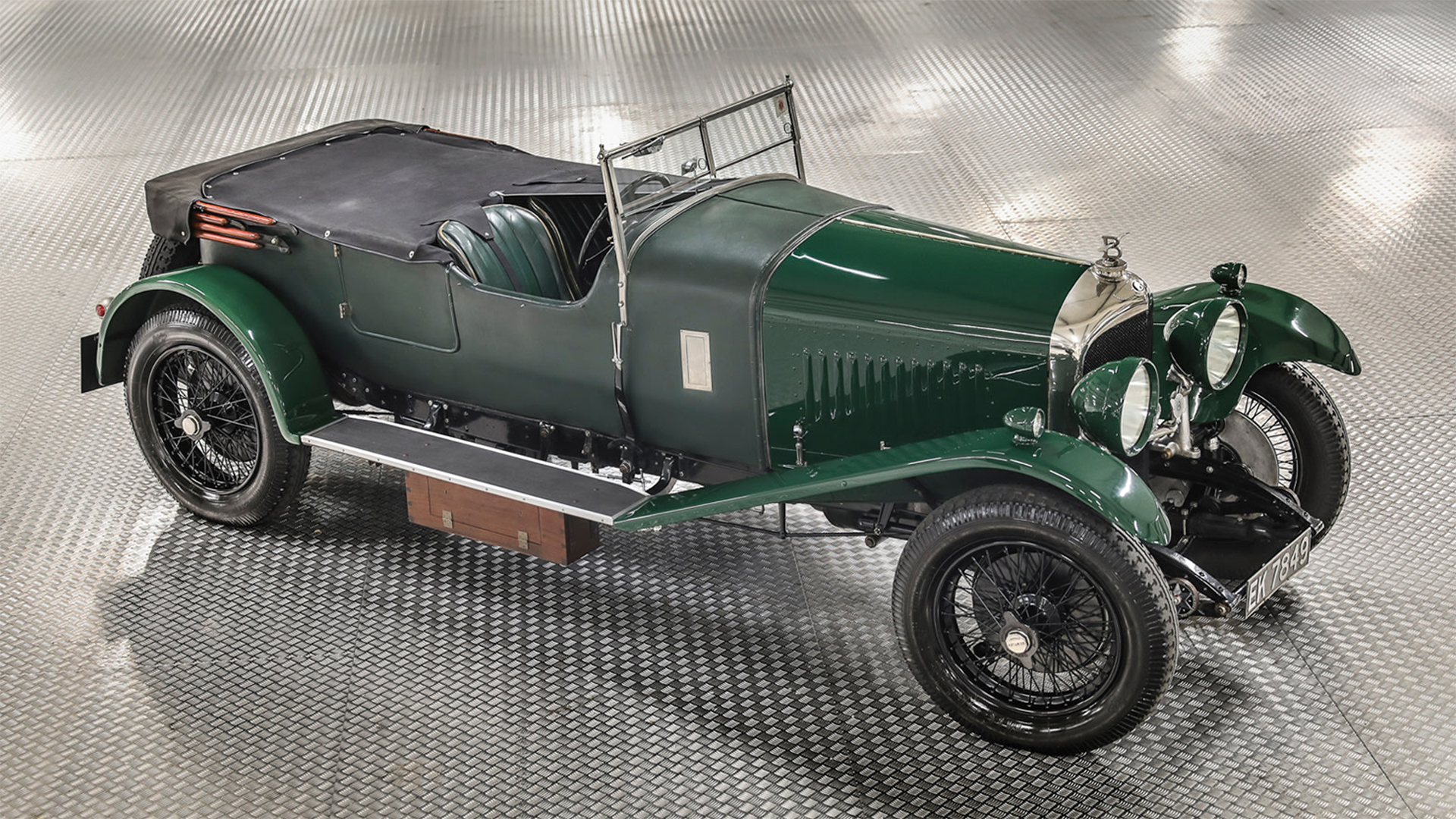 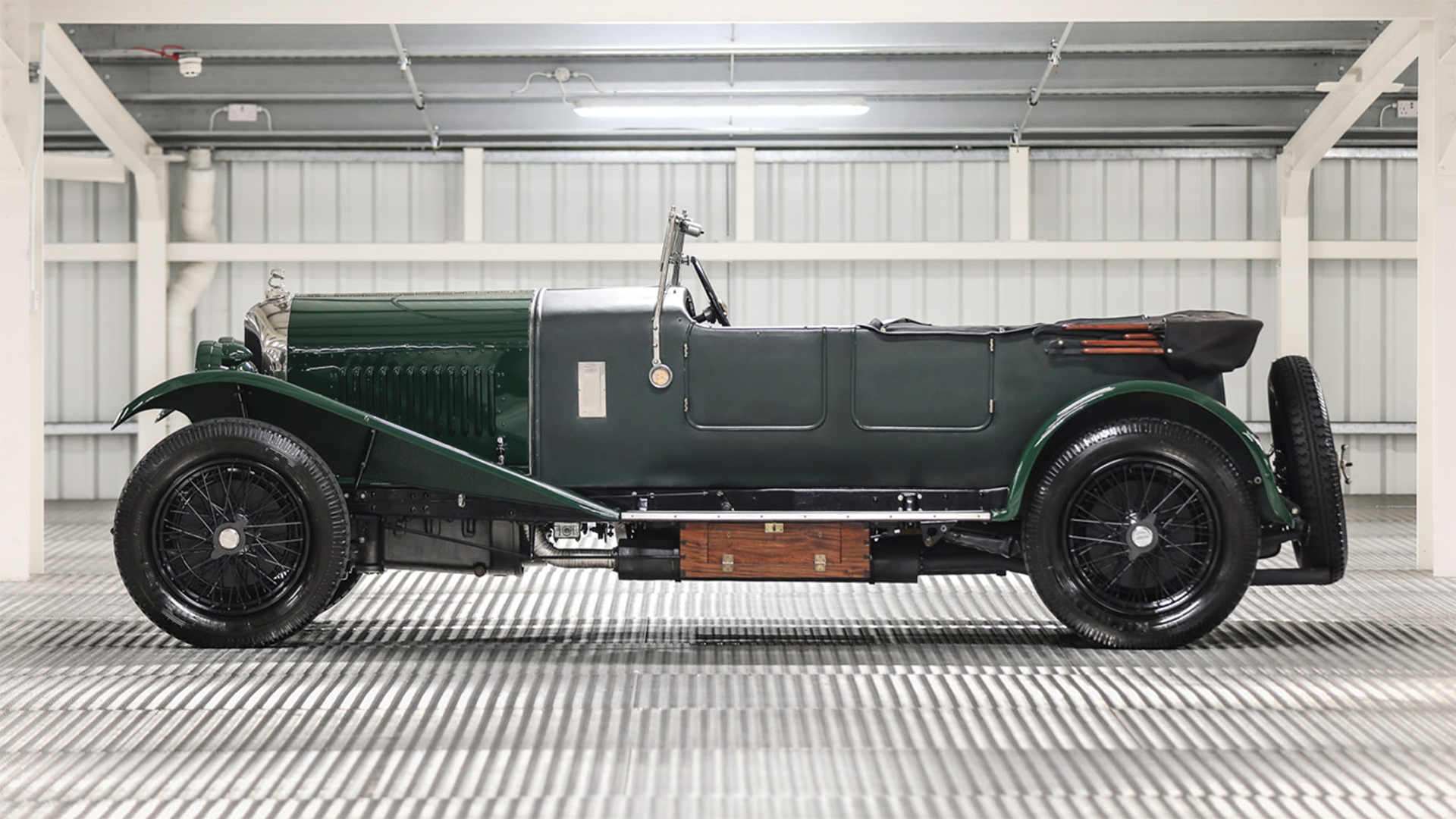 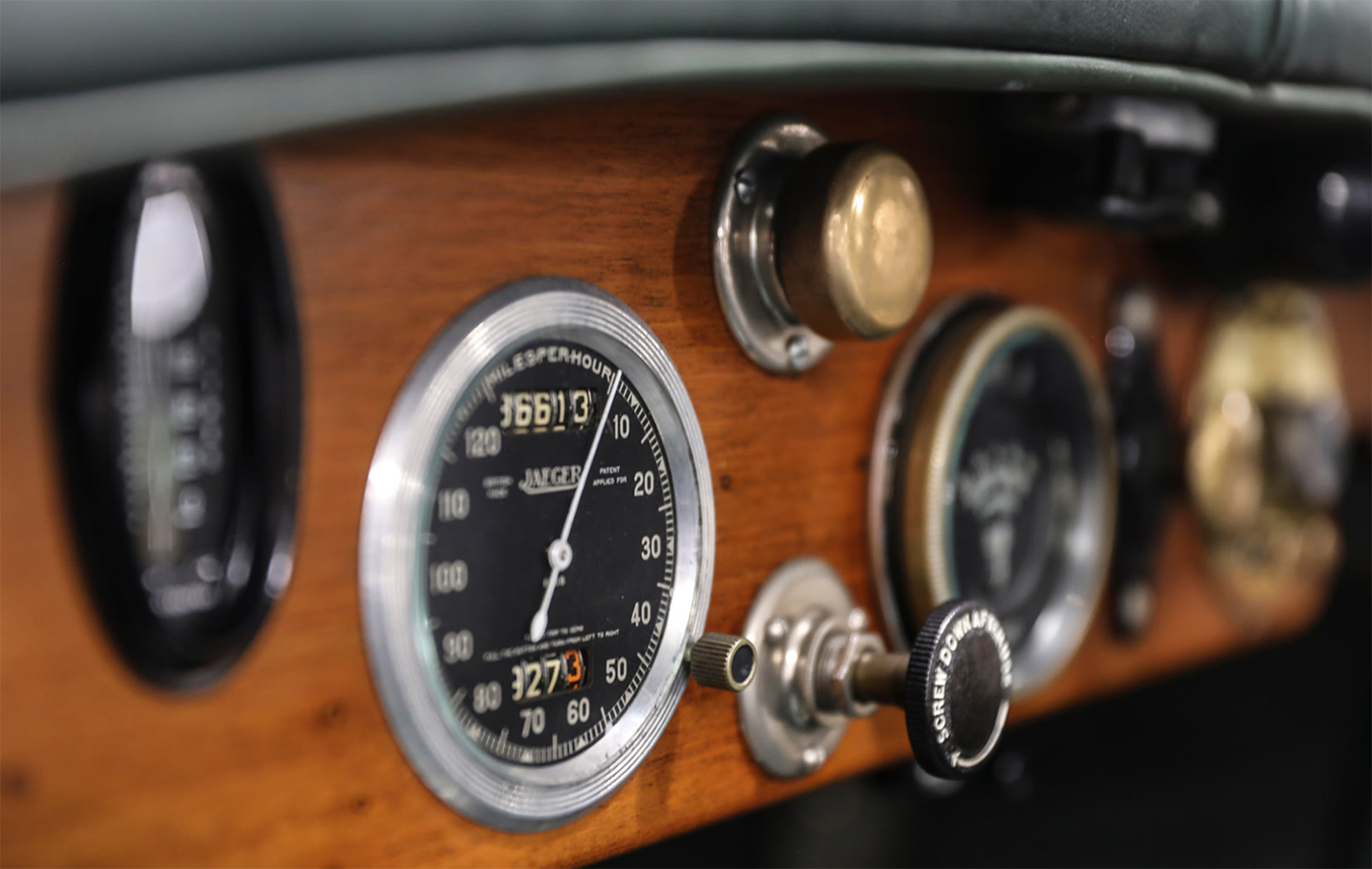 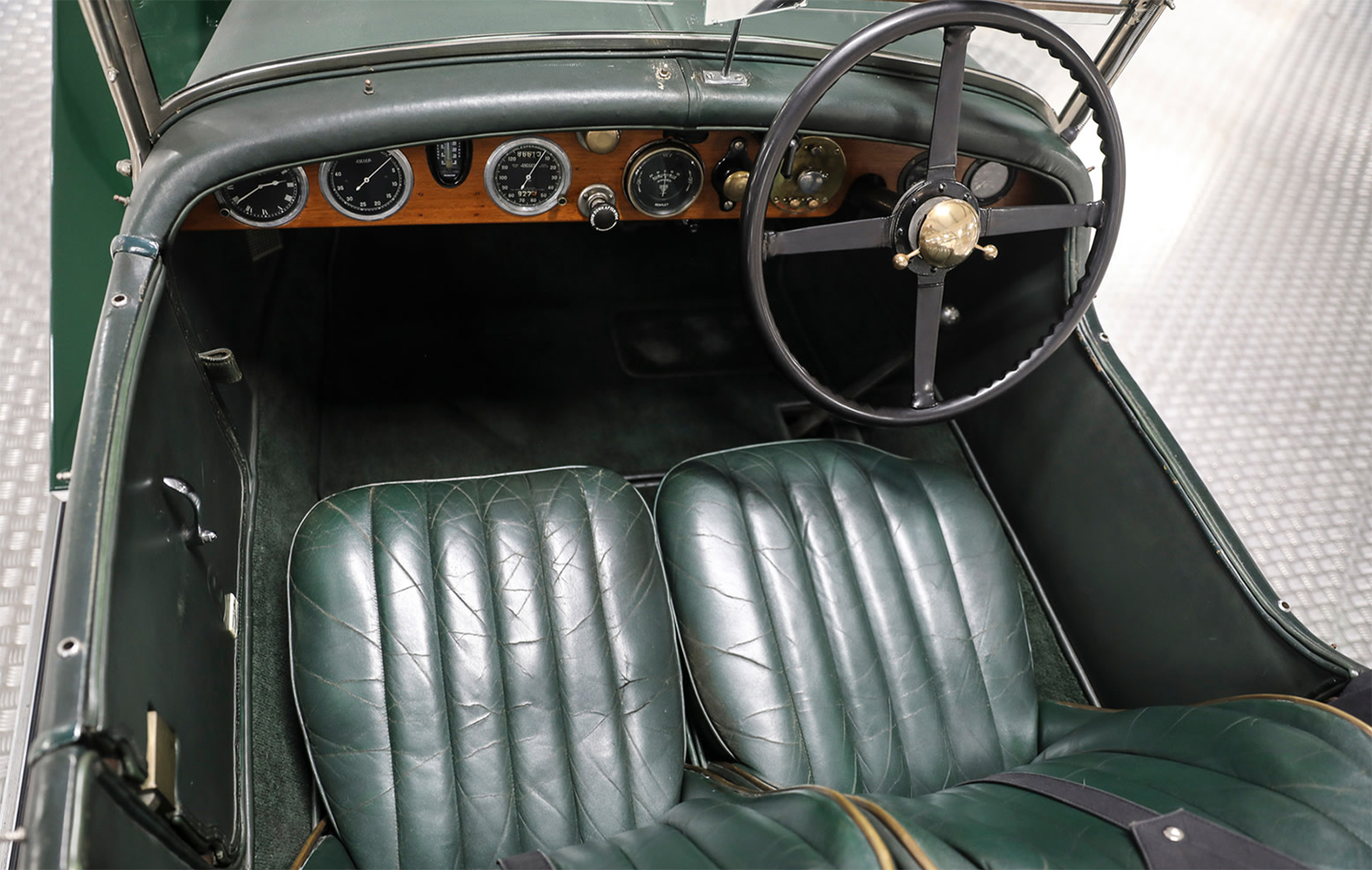 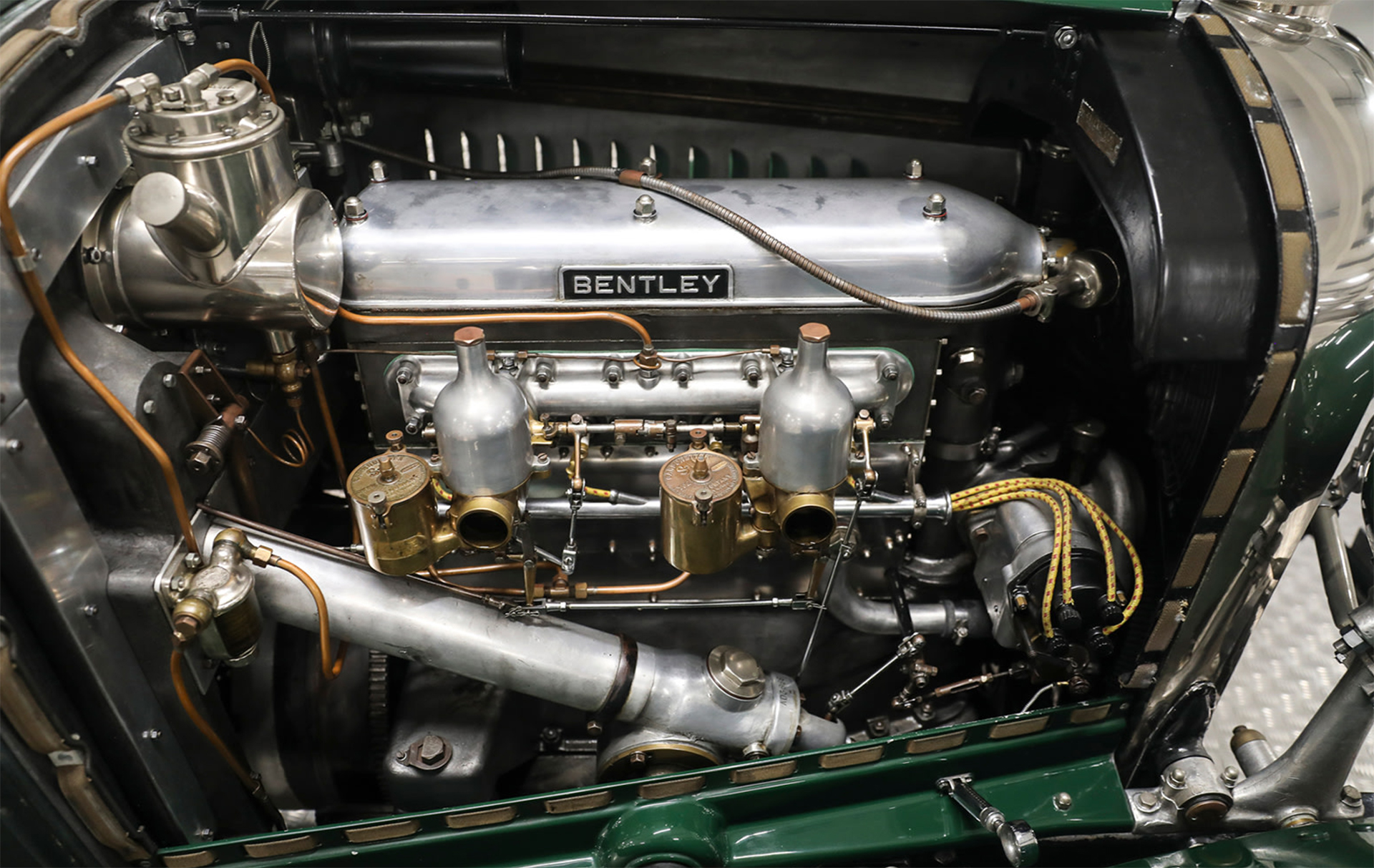