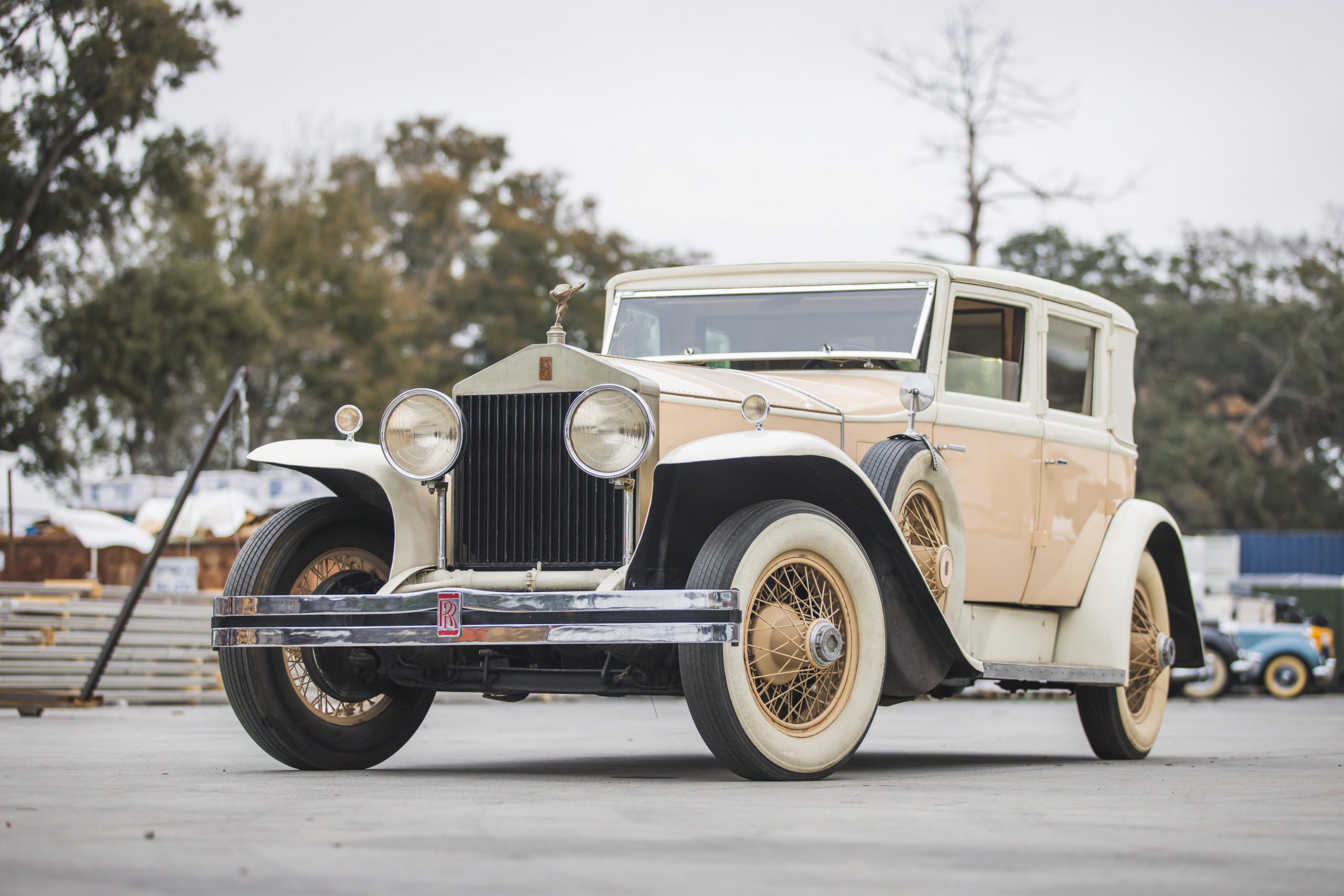 Evaluation: Rare Avon with division window. Reportedly used in the 1978 film “The Betsy.” Thick, ancient paint with too many chips, scratches and touch ups to count. The tires look nearly as ancient and aren’t safe to drive on very far. The wood on the running boards is dry and the gaps are uneven. The windshield wipers have been removed, and one of them is on the floor. Oxidation and surface rust show underneath. It has been sitting still for about a decade, so it needs mechanical sorting. An interesting car in a nice body style, but its condition is deteriorated. Although it had some time on the silver screen, it was in a movie few people have ever heard of.

Bottom Line: “The Betsy” is about a family-owned carmaker that is hard on its luck and fading fast. This Rolls, too, is hard on its luck. It was in essentially the same condition when Bonhams sold it in Greenwich way back in 2009 for $42,120, and the bidders thought even less of it nearly 13 years later. It’s a project car bought for project car money, and at this price the new owner at least isn’t in very deep on a Rolls with interesting bodywork that will look great on a show field when it is (hopefully soon) restored.

>
The oldest motorcycle in existence is for sale, 129 years after being born
A story about
Amelia IslandAmelia Island 2022 auctionsBonhams