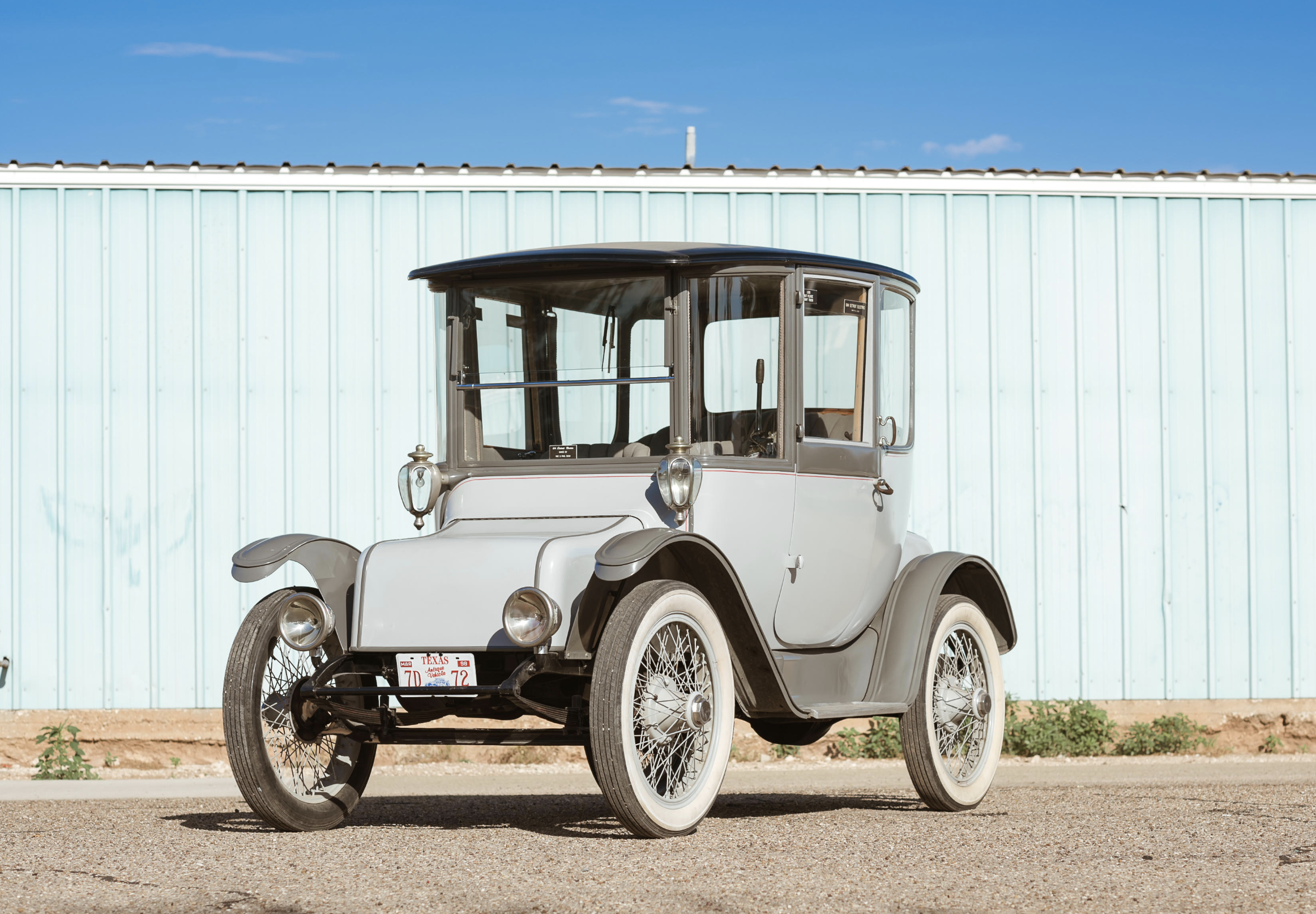 Evaluation: Published in the catalogue as a 1914 Model 47 A but later found to be a 1917 model year 64 A. Restored in the 1980s. Numerous chips and cracks in old paint. Aged brightwork. Paint coming off the wheels. Old tires. Lightly worn seats. An interesting early electric from Detroit Electric, one of the better known early electric carmakers that built about 13,000 units before going bust in 1939.

Bottom Line: As EVs become a bigger and bigger part of the automotive ecosystem, it only makes sense that early electrics, which roamed our roads in greater numbers than most people realize 100 years ago, are more relevant to collectors than ever. But nobody expected this eye-popping number, including Bonhams whose high estimate is less than a third of the car’s final price. While some in the car space were talking about the significance of two first-gen Tesla Roadsters coming to Monterey and the collectability of modern EVs, this 105-year-old relic with tiller steering comes along and sells for more than both of them.