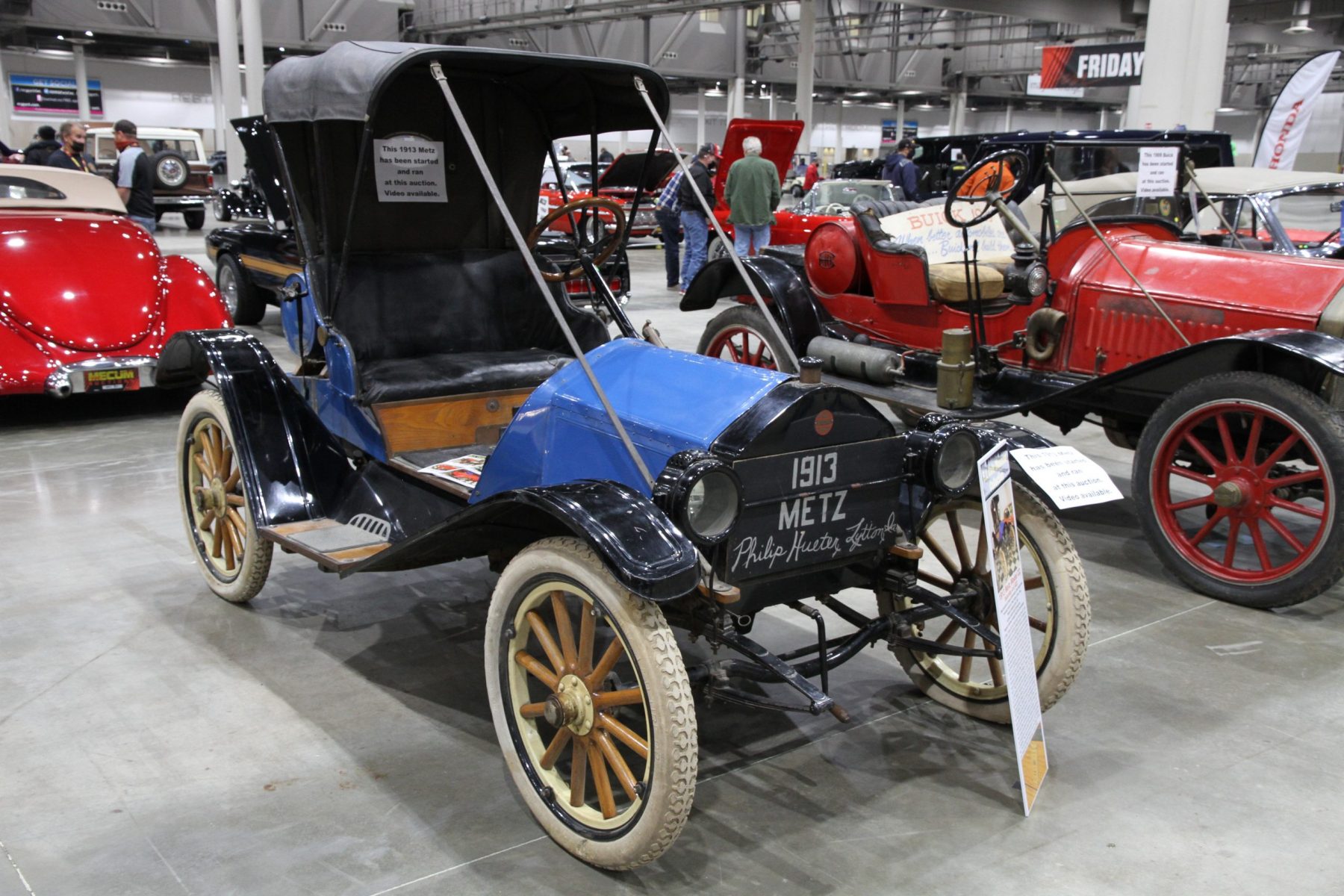 Evaluation: From the E.J. Cole Museum collection. Rare Metz built in Waltham, Massachusetts. Reportedly runs, but probably wouldn’t drive very far. Restored many years ago. Tires are dry rotted. Ancient paint that is dry and cracked. A few dents here and there. Decent wood. Oxidized controls and chassis. A neat, obscure motorcar in need of recommissioning.

Bottom Line: Charles Metz was a pioneer of the installment plan, but it worked a bit different than GMAC: He sold his little 177cid/22hp 4-cylinder runabout a group of parts at a time. Send more money, get the next group of parts, and so forth. The little Metz was comparable with Henry’s Model T in concept and performance, and by the time the buyers assembled all the installments they had a nifty little car with a runabout body. Although their own labor perhaps couldn’t match the efficiencies of Henry Ford and Charles Sorenson’s assembly line, they knew the car intimately—a big deal at a time when mechanics were few and far between. Being dated 1913, this is probably a factory-built Metz, and by Metz auction transaction standards, this is a modest price. But it is tired—someone will need to go through it part by part once more. A realistic price. 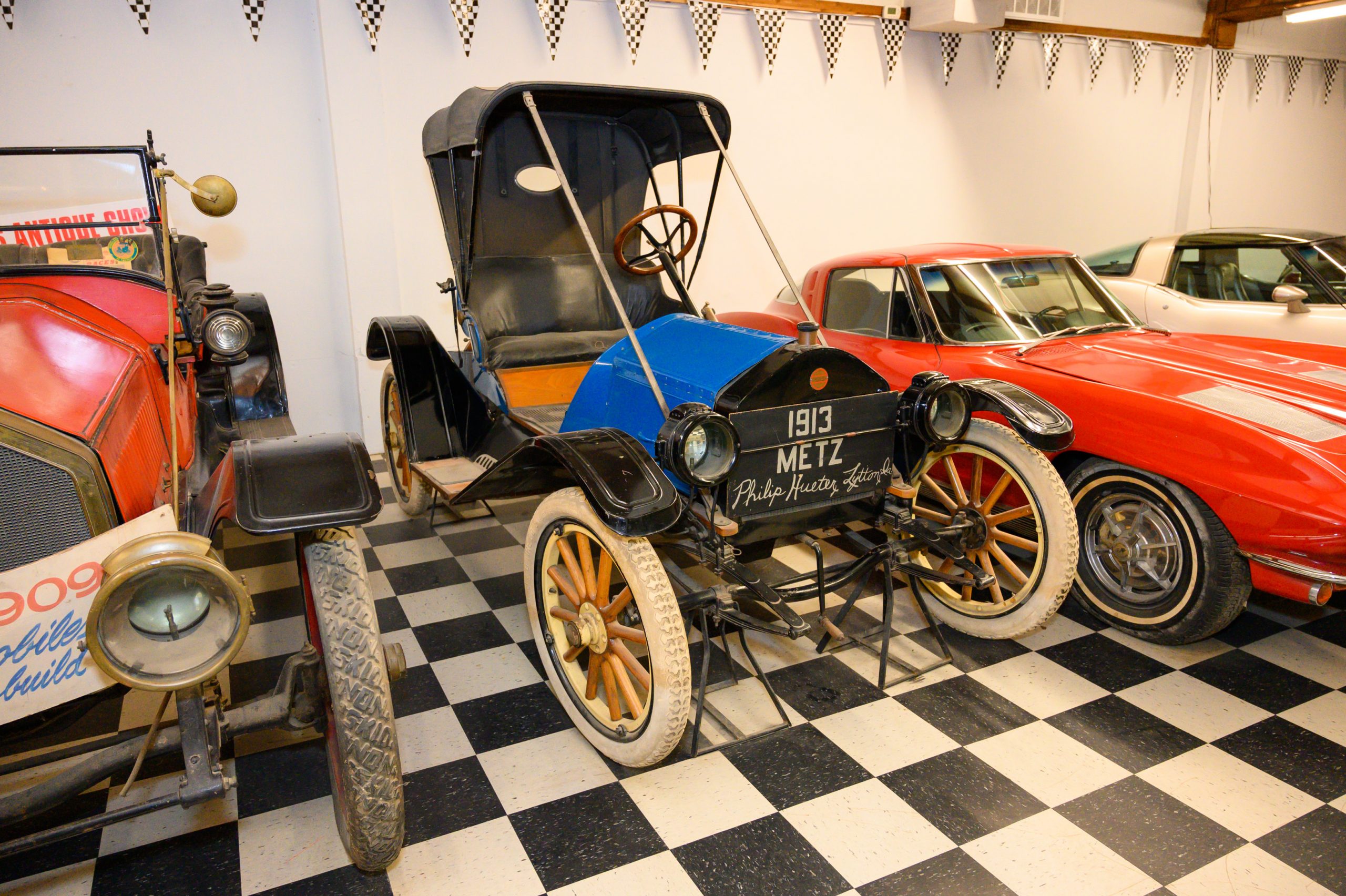