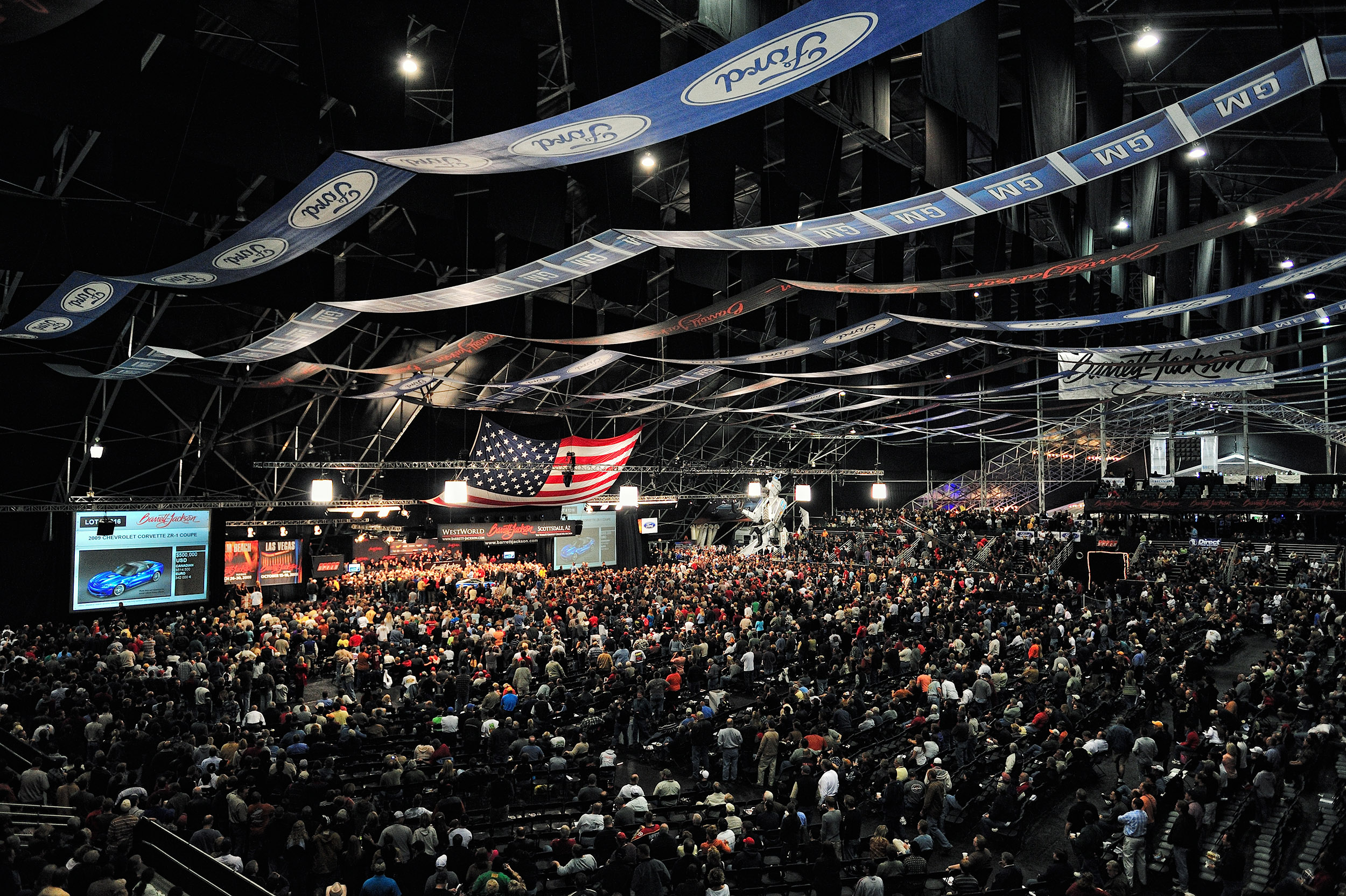 If you’re Rick Hendrick and you race, sell, and collect Corvettes, what could
be better than owning the first production mid-engined C8 Corvette, serial
number 0001?

Apparently having $3 million in the bank isn’t better, because that’s what
Mr. Hendrick paid—for charity, of course—for that yet-to-be-delivered car (the Corvette on hand was a preproduction model). GM might consider waiving the $995 up-charge if he wants Long Beach Red or Sebring Orange.

The sale of the first production C8 may have been the high point of
Barrett-Jackson this year, but the WestWorld team did something no one else in the Valley of the Sun managed: More money changed hands than last year. And not by a little, either. The $137,153,570 total was up 9.5 percent from 2019, accounting for more than half of all the sales in Scottsdale this year.

WestWorld was as packed as it has ever been: Record numbers of attendees milled around 1,909 auction vehicles, which competed for attention with acres of vendors (everything from airplanes and model cars to massaging chairs), exhibitors, and a press of celebrities.

It’s an expensive show, but it moves metal and keeps people coming back
year after year.