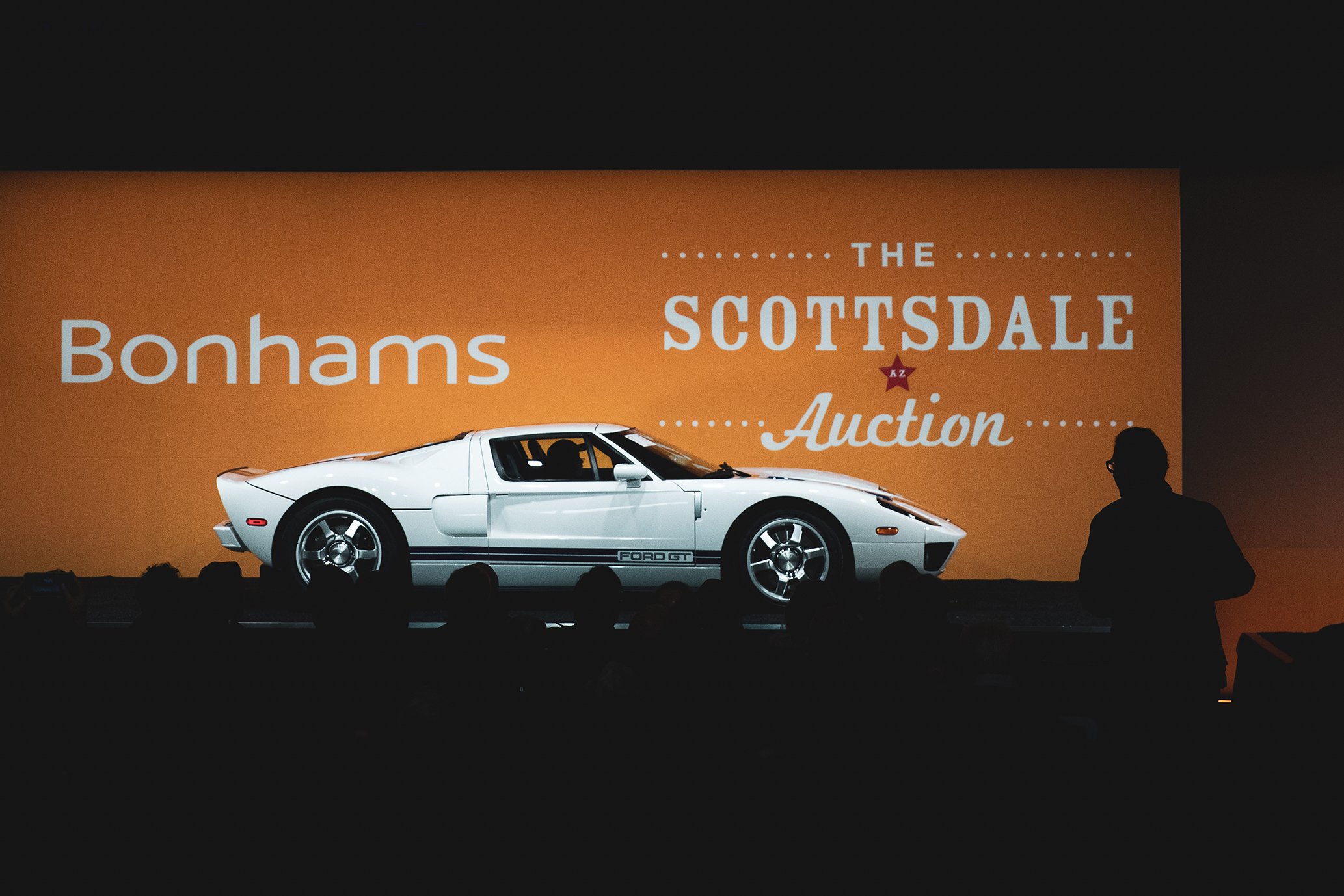 Bonhams pulled its headline 1932 Alfa Romeo 8C 2300 Figoni Cabriolet out of the tent on Monday for a ride through the streets of Scottsdale with Jakob Greisen, head of the auction house’s U.S. Motoring Department, at the wheel. To an Alfa enthusiast, a ride in an 8C 2300 is second only to a ride in an 8C 2900, and this one memorably set the tone for the Scottsdale auction week.

The Thursday afternoon auction was less memorable: The Alfa didn’t sell at a reported $8.7 million high bid. Bonhams was left with only one million-dollar sale, the Ferrari 212 Inter Vignale Cabriolet (s/n 0159E) for $1,930,000.

They were all “car guys” cars—it was impossible to look at them without feeling sympathy for their performance, style and history. However, as football broadcaster Don Meredith liked to say, “If ifs and buts were candy and nuts, we’d all have a Merry Christmas.” Bonhams missed on the big car that would have made its $8,436,720 total sale (down 47.6 percent from 2019 and 66.3 percent from 2018) into $18 million. Even in a down year, though, Bonhams Scottsdale is the place to go to find
sympathetic vehicles. — Rick Carey

by Hagerty Insider
19 January 2020
Showing of 3 articles. No articles.