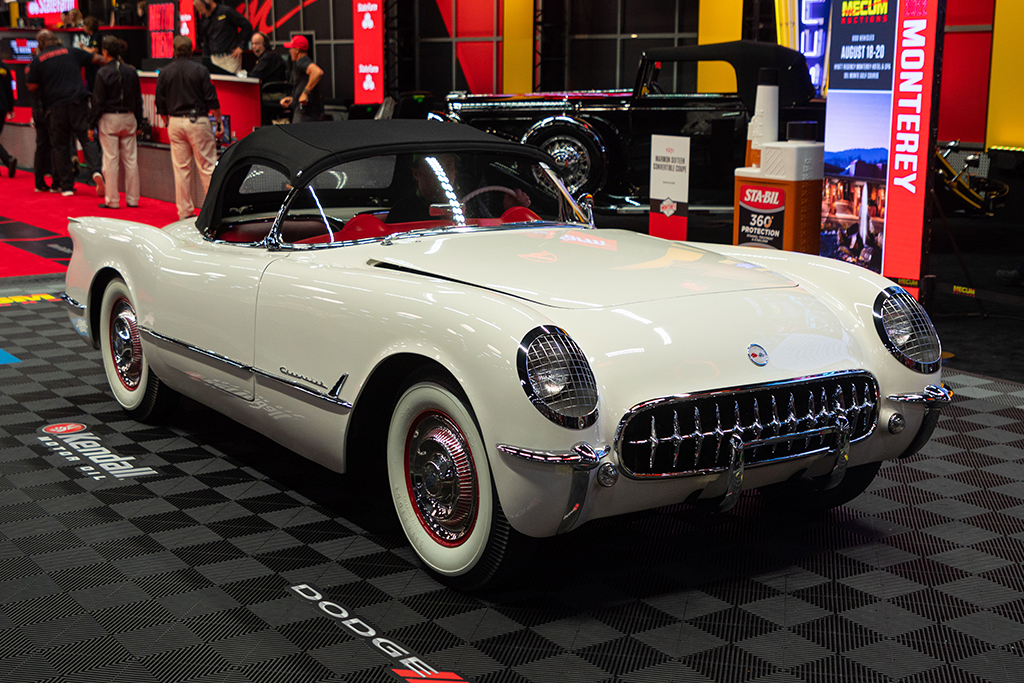 The spectre of inflation materialized at Mecum’s Harrisburg auction July 27-30, at least judging by the generous nature of some of the prices.

The auction itself was surprising, with 1013 cars and trucks on offer in a sale that Mecum advertised before the event with something like “800+”. Experienced auction followers know that the organizers of consignment auctions never underestimate the car count in advance. It’s the first rule of auction promotion, a tradition begun decades ago by Dean Kruse.

But “inflation” talk was top of mind, drilled into bidders’ heads by recent news, and the prospect of the money (in an unusual abundance still stalking the economy after trillions of stimulus in the past two years and on the prospect of even more from Washington in coming days) becoming less valuable—in terms of what and how much it could buy—seemed to impel bidders to raise their paddles and keep them up.

It was almost as if they were spending play money, and spending before it went out of style

But enough Greek drama. Mecum’s Harrisburg auction saw many cars change hands for unusually large amounts of money. There also were more “auction cars” than have been seen in years, cars that were quickly fluffed up to look good in a cursory inspection or under the TV lights on the auction block. Many of them were sold Without Reserve, a strategy coldly calculated to infer to bidders that they were potentially good deals.

There were no “good deals”, or if there were good deals they were so thin on the ground that they were invisible. Of the 50 sold lots reviewed in detail none resulted in transactions less expensive than “market”. Half of them brought “expensive” results.

Mecum sold 804 of the 1013 car and truck lots, a 79.4 percent sale rate bringing a total of $38,957,879. That was just over $10M more than the next highest Harrisburg sale total set in 2019, a blockbuster event for Mecum that will solidify its position of the top seller of collector cars in the Northeast. Their massive consignment of moderately-priced cars (the median transaction this year was $33,000) is immensely attractive to spectators who flocked to the auction’s final two days in a throng.

With the Euro nearly at par with the dollar and the pound Sterling at just over $1.21/dollar there was no evidence of interest by foreign purchasers, something that weighs more heavily on prospects for the upcoming Monterey auctions that it does for the largely domestic U.S. consignment at Harrisburg.

But spending money before it goes out of style will help counteract the strong dollar.