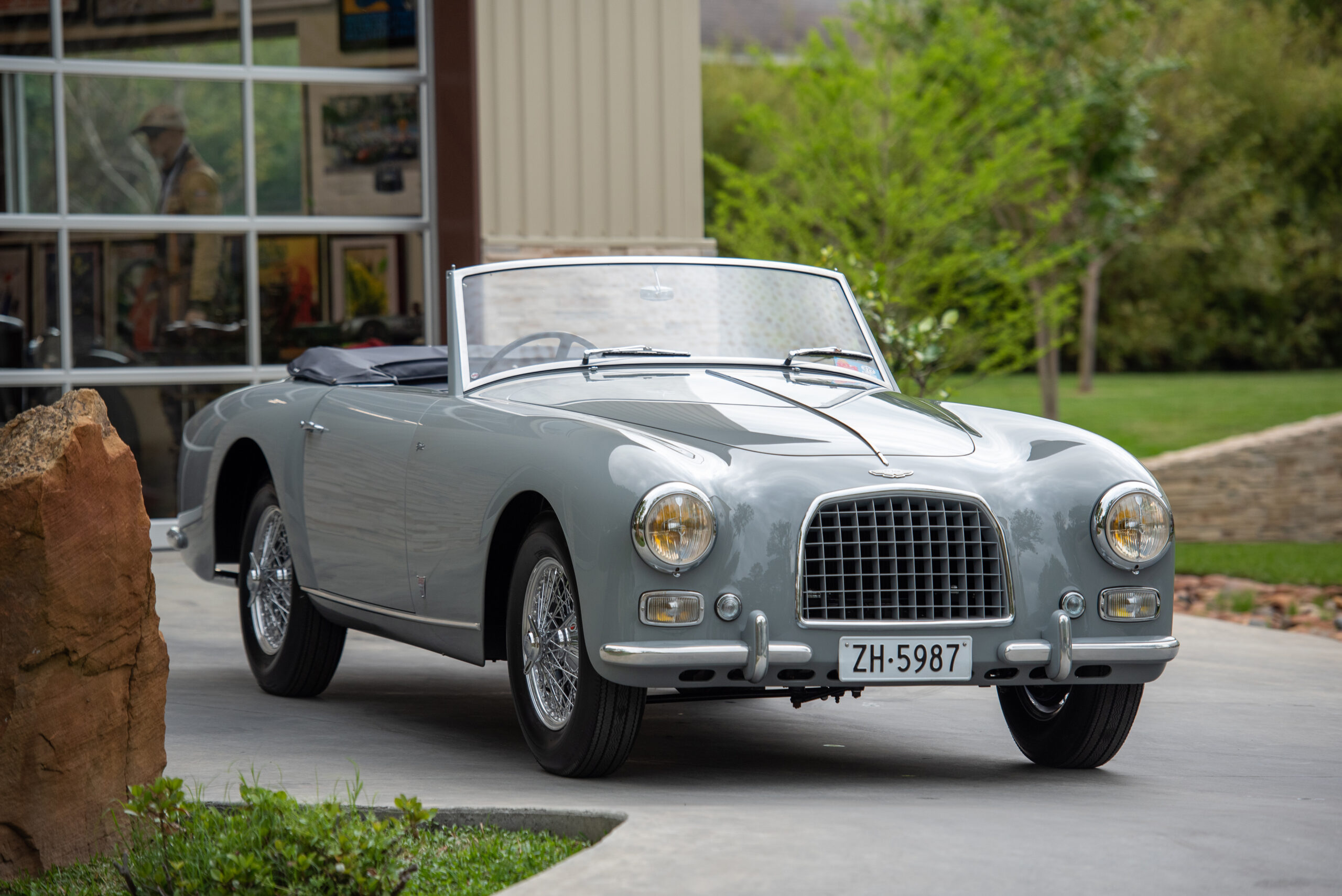 Marshall, Texas is a rather unassuming place. The self-proclaimed “Pottery Capital of the World,” sure, but otherwise it’s a typical albeit charming East Texas town of 23,000. It’s the kind of place where most folks drive an F-150. Maybe a Corvette if they’re feeling feisty or just turning 50. Definitely not where you’d expect to find you’d expect to find a world-class collection of foreign cars and automobilia, nor a high-end auction put on by the folks who have glitzy sales in Monterey and Monaco.

And yet Marshall was the place to be last weekend for auction watchers. RM Sotheby’s sold over 1000 pieces of automobilia, over two-dozen motorcycles (including six rare Maserati-built bikes) and nearly 100 cars, all at no reserve, from the collection of cabinet mogul Gene Ponder, who hosted the sale at his expansive estate (I think I counted seven garages, but never found the main house). Among the automobiles were British sports cars (including some great rare MGs), Ferraris, high-end recreations, and one Aston Martin that didn’t quite look right, but sold for more than almost every other car there at $687,500.

It’s a 1954 DB2/4 Drophead Coupe, and that alone makes it plenty rare. Barely 100 Drophead versions were ever built, after all. But the original owner, not content with the standard aluminum bodywork penned by Aston’s in-house designer Frank Feeley, chose instead to send a rolling chassis off to central Switzerland, home of coachbuilder Carrosserie Hermann Graber.

Graber, who in the 1930s built special bodies on Alfa Romeo, Bugatti, Packard and Duesenberg chassis, spent the postwar years working mainly with British cars like Alvises, Bentleys, Rolls-Royces, and Aston Martins like this one. After completion, the Graber-clothed Aston spent most of its life in Switzerland, including long-term storage in Basel before being restored by marque specialist Kevin Kay with the goal of displaying it at Pebble Beach. Apparently, it needed a lot. Kay reportedly spent nearly 1000 hours just on the special Swiss body, fabricating new sills, reskinning the doors, and repairing the rear section of the body. It finally graced the lawn at Pebble in 2010.

Twelve years later, it still looks just about show-ready. The Dove Grey paint is beautiful. The gaps are even. The seats look barely sat in, and the engine looks barely run. But while the condition of the car is beautiful, I’m not so sure about the shape. Compared to other coachbuilt sports cars of the 1950s, it’s a little frumpy, no? Put Frank Feeley’s original shape for the DB2 up against what the Swiss came up with, and I’m going with Frank every time.

The thing, is though, it doesn’t matter that the Swiss car isn’t as pretty as the normal one, at least when it comes to price. It’s unique. Not the “one-of-one built in brown with a radio and a bench seat on a Tuesday” kind of unique, but an actual one-off. And uniqueness counts for a lot in car collecting.

How much? Well in this case the Graber-bodied Aston sold for a price approaching twice as much as a normal car, and we need look no further than seven lots ahead at the same auction, where a lovely US-spec 1955 Drophead Coupe with standard bodywork sold for $300K less at $385,000. Lest we think this is a fluke, the Graber-bodied car also sold for $715,000 at Pebble Beach in 2011 and for $720,000 (presumably to Ponder) at Pebble Beach in 2019. Both times, the result was around double the price guide value of the standard car. The world of collector cars, then, looks like exactly the opposite of high school. It’s more important to be unique than it is to be pretty.

As for the rest of the sale, this actually wasn’t RM’s first “Gene Ponder Collection” auction. Ponder, who founded a cabinet company called Republic Industries, built up a collection of sports cars, Anglo-American oddballs like Arnolts, high-quality replicas/recreations and a few blue chip collector cars that RM auctioned back in 2007. Ponder partly funded his new company, Master Woodcraft Cabinetry, with the money from that auction and then built up another collection with the exact same type of cars. Hey, we all have a type.

This auction in 2022 was something of a sequel, then, and it was topped by a well-optioned Mercedes 300SL Roadster ($1.595M), a Bugatti Type 57SC Atlantic recreation ($1.155M) and a Ferrari 330 GTC ($797,500). After two full days of automobilia sales, which ranged from books and toys to a $69,000 complete vintage Texaco service station, the action for cars and bikes started on Saturday and saw mostly realistic prices, a few expectation-beating results and a few refreshing bargains on the way to $22M in total sales.

Well-attended in person, the auction also saw plenty of activity from the phones and internet, and RM Sotheby’s reports that nearly 1000 bidders, 51 percent of whom registered for the first time, were eyeing the action in Marshall. In addition to the Aston, we look at the most interesting cars from the Gene Ponder Collection auction in detail on the pages below.

by Andrew Newton
27 September 2022
Showing of 16 articles. No articles.