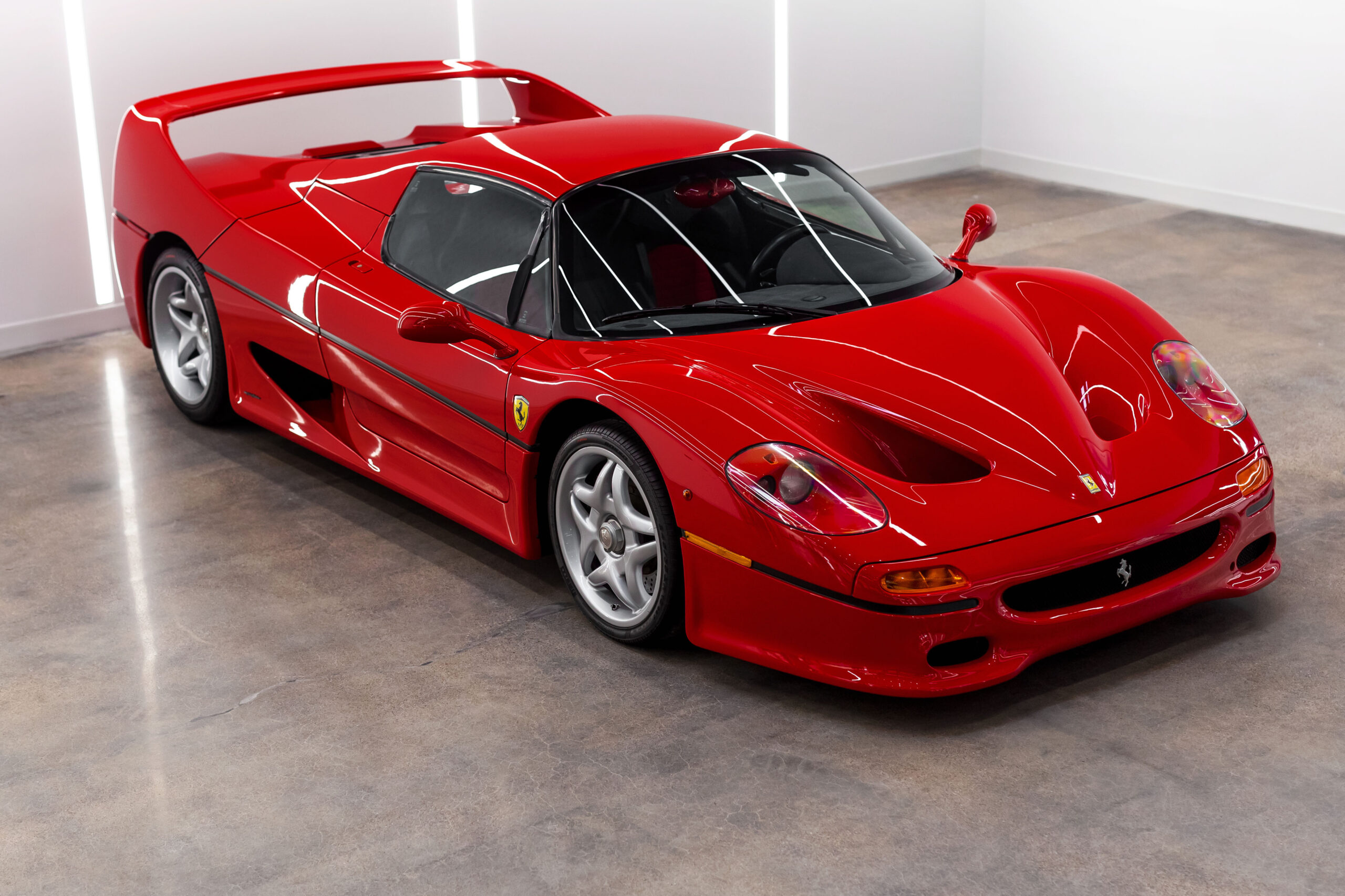 You’ve probably heard of pop-up clothing shops, pop-up bars or pop-up Christmas markets, where a curated, boutiquey event just appears in a unique space for a few hours or days. Well, last weekend there was a “pop-up” collector car auction in Miami Beach. I jest, but only a little: RM Sotheby’s publicized this sale for months, but the venue atop the 1111 Lincoln Rd’s modernist architecture in one of the swankiest parts of South Beach, with a skyline backdrop for seven-figure supercars made for quite the special limited-time experience. It was an exclusive one, too. A week before the sale RM said they couldn’t even accommodate any media, your author included, “due to circumstances beyond our control.” Oh well, we still watched from afar.

The South Beach sale featured 58 vehicles with a heavy emphasis on modern European performance cars, the kind some people like to call “youngtimers.” Early, pre-merger AMG-tuned Mercedes-Benzes brought huge, above-estimate prices and so did Alpina BMWs. More exotic offerings included an ex-Paul Allen Ferrari F40 ($3.25M), an ex-Evel Knievel Ferrari Daytona Spider ($2.505M), a Ferrari Enzo ($3.195M), and the first Porsche 959SC “Reimagined by Canepa” offered at public auction ($2.92M). Top of the list, however, was a 1995 Ferrari F50 that, at $5.395M, is the most expensive F50 sold at auction.

In terms of styling and performance the F50 failed to live up to its genre-defining predecessor, the F40, but those were some big red shoes to fill.

And sequels don’t always suck. Launched in 1995 for Ferrari’s 50th anniversary, the swoopy, scoopy supercar shared its layout and construction techniques with Ferrari’s contemporary F1 car, utilizing a carbon fiber chassis and placing its F1-based V-12 bolted directly to the chassis as a stressed member. This resulted in a stiff, jarring ride criticized by many road testers, but it also made for a balanced-handling car. Besides, the wail of a V-12 based on a ’90s Grand Prix car cures most, if not all, ills.

The F50 was the last Ferrari road car with a manual gearbox and a mid-mounted V-12, and unlike the F40, which numbered over 1300 copies, the F50 was ultra-exclusive at 349 examples. Those factors have been enough to keep this halo Ferrari in the spotlight for the long haul: the best F50s crossed the seven-figure mark nearly a decade ago.

The Miami F50 appears even nicer. A two-owner car, it was delivered new to Singapore and reportedly served as the dealership principal's personal car. He apparently didn't use it much, given the 625 miles on the odometer. It also came with all the requisite documentation and fitted luggage (a set of which sold for $30,000 at the same auction), so it ticks all the right boxes. With the records we've seen in the last year, it's not clear whether we've reached peak (for now) F50 or they still have room to grow. Hopefully this result will bring more out of the woodwork so we can soon see where they go from here.

As for the rest of the auction, sales totaled $40.26M. All but one of the vehicles on offer went to a new home, and eight cars sold for $1M or more. We take a detailed look at the most interesting ones in the pages below.

by Andrew Newton
16 December 2022
Showing of 9 articles. No articles.