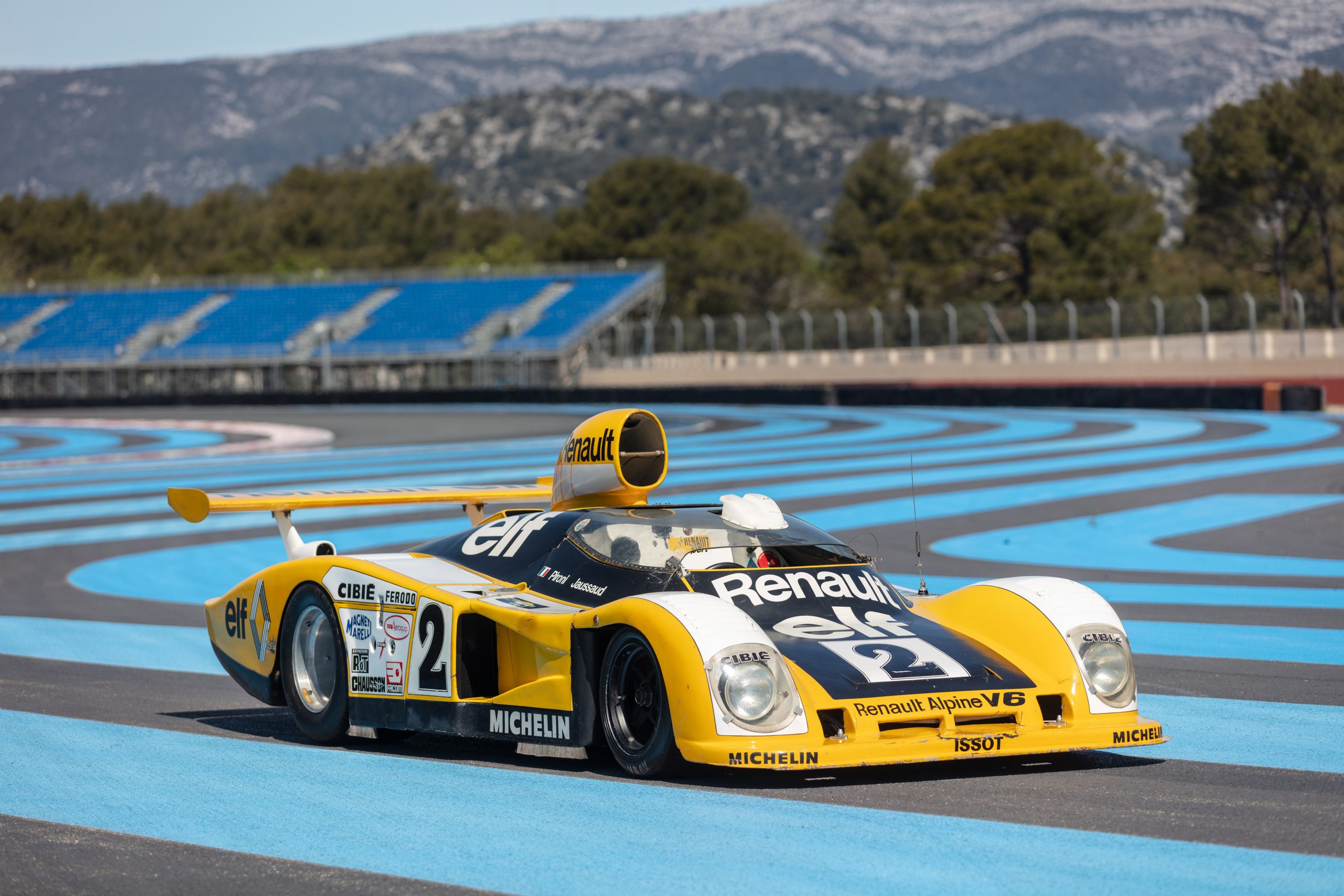 Jean Guikas has been dealing in exotic cars, many of them race cars with famed victories and legendary drivers, since the 1980’s. In the process some of them stuck around and on Friday, November 19, RM Sotheby’s offered 75 of them (plus one offshore racing boat and one large lot of spares for the Alpine Renault) at a no-reserve auction.

Jean Guikas is based in Carnoux-en-Provence in the south of France and it was serendipitous that the collection—of which twenty-two were purpose-built race cars—could be offered at the Circuit Paul Ricard, site of the French Grand Prix. Its famous blue striped corner runoffs were appropriate background for displaying the cars. Some were driven onto the track, past the auction area at Turn 15, accelerated down the pit straight and then driven back again to stand behind the auctioneer.

Of course, all lots were hammered sold but the prices varied widely—one might even say wildly—from the presale estimates. At the auction’s conclusion the successful hammer bids were $11M less than the low-estimate total.

That’s a 22 percent shortfall, which is an indication of how difficult it is to estimate the values of race cars. So much depends upon the individual car’s history—what it won, where it won, who drove it—and whether it’s track-ready.

We didn’t go to Le Castellet. These descriptions are based upon the printed catalog, prior observations of some of the same cars at earlier auctions, sale room notices, the online photographs and watching RM Sotheby’s live online video. The rest of the lots are described in similar detail at rickcarey.com.

by Rick Carey
3 December 2021
Showing of 7 articles. No articles.