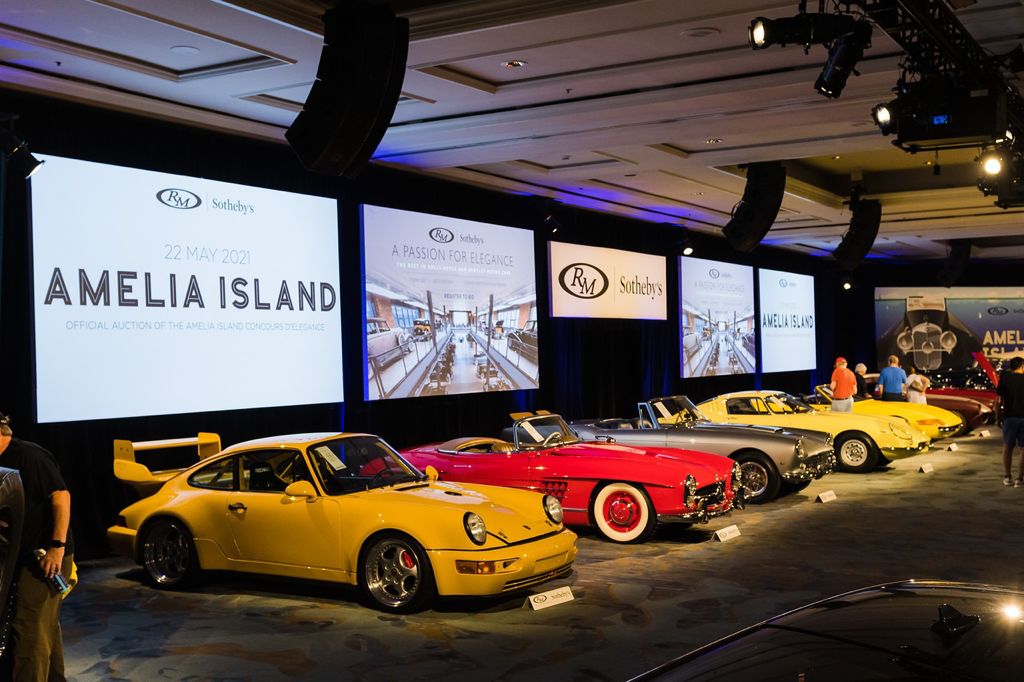 Arriving at Amelia last year coronavirus was a lightly-treated subtopic. By the time we left it was darned serious and it brought socialization to an abrupt halt. When Amelia announced its 2 ½ month delayed 2021 date in December 2020 not a few thought, “Oh, that’s optimistic”. But Bill Warner and the Amelia crew pulled it off on a bright, warm, sunny weekend May 21-23, 2021. It was fitting that Amelia marked the end of the before-times and the beginning of the after-times, a pair of milestones.

There were only two auctions, by Bonhams and RM Sotheby’s. Some wondered before the sales kicked off, “would people show up?” The answer was emphatically affirmative, with live bidders on-site and many on phones and the internet. It is presumptuous to comment on bidder’s motivations, but there was a sense of release and relief. Dealers were buying for inventory even though 17.1% of the sold lots brought hammer bids over their high estimates. Amelia was a watershed moment as reticence faded and optimism was renewed.

RM Sotheby’s had a more modern consignment list than Bonhams, with 78.8 percent of vehicles there built after World War II. RM also had a near record sell-through rate for its Amelia auction at 95 percent. Every one of the eight cars with hammer bids of a million dollars or more sold.