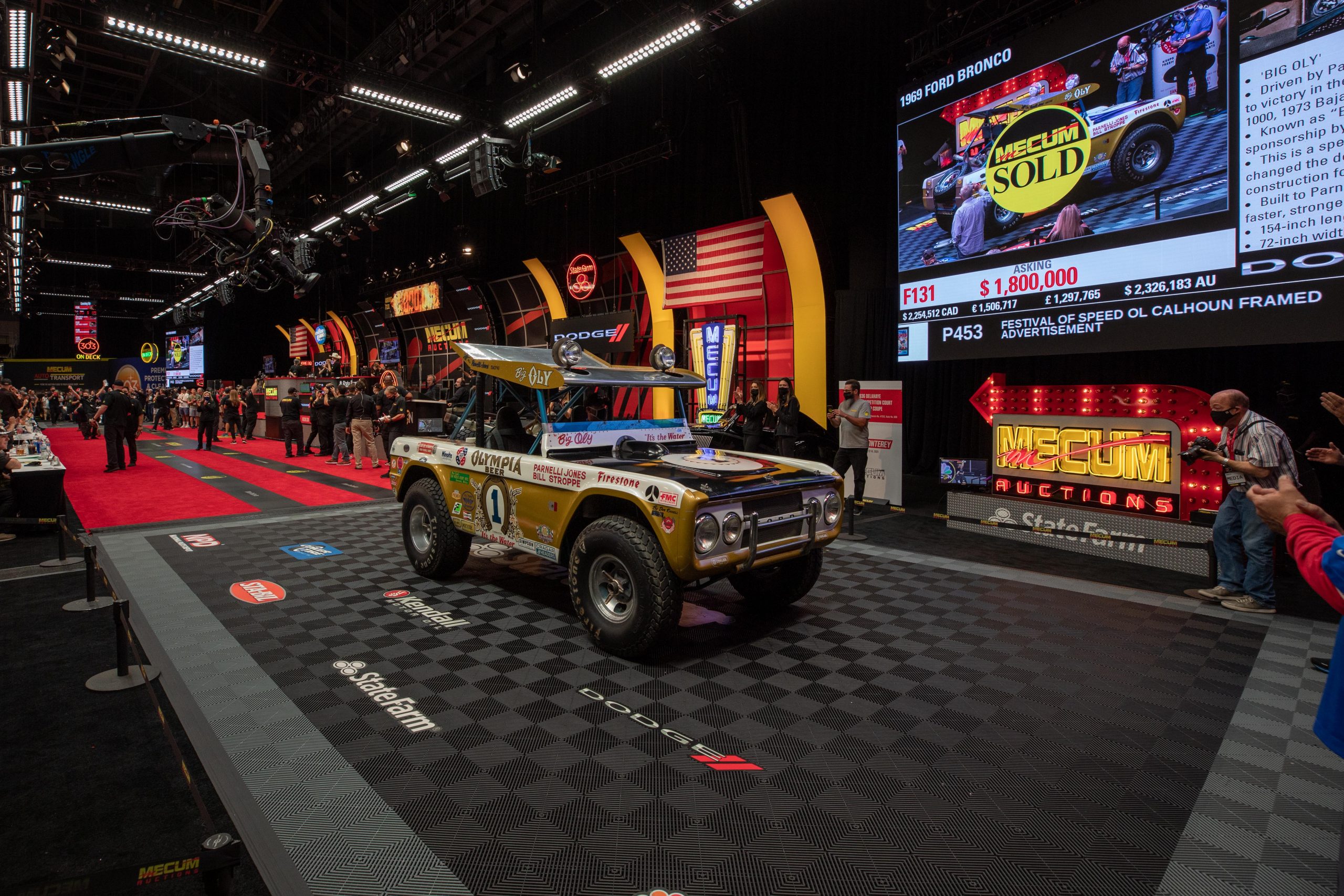 Mecum’s Spring Classic auction has been a staple on the classic car calendar since the 1980s, and since 2008 has taken over the Indiana State Fairgrounds in Indianapolis for a multi-day sale that seems to get bigger every year. What was a four-day sale 13 years ago is now a nine-day mega-auction in 2021, with nearly 2000 automobiles on offer. Only Mecum’s gargantuan Kissimmee, Florida sale in January is bigger.

Last year, Mecum Indianapolis (known to auction watchers simply as “Indy”) was postponed to July and took place with familiar COVID restrictions. Indy 2021 felt a lot more “normal.” More cars sold to online bidders than in years past (and a few cars even sold for cryptocurrency, which Mecum recently announced it would accept), but attendance was fuller, vendors were out in force, and the smell of fried food and gasoline wafted to a lot more mask-less faces. Most importantly, though, we were there on the ground writing up cars and catching up with friends and colleagues. If feels good to be back.

The results from Mecum Indy were strong, to say the least, with nearly $100M in total automobile sales and a higher sell-through rate, average price, and median price than past Indy sales. Several records were set, including Parnelli Jones’s Baja-winning “Big Oly” Bronco that was the talk of the town all week before becoming the most expensive truck/SUV ever sold at auction. The next stop on the Mecum tour will be the company’s inaugural sale in Tulsa, Oklahoma.