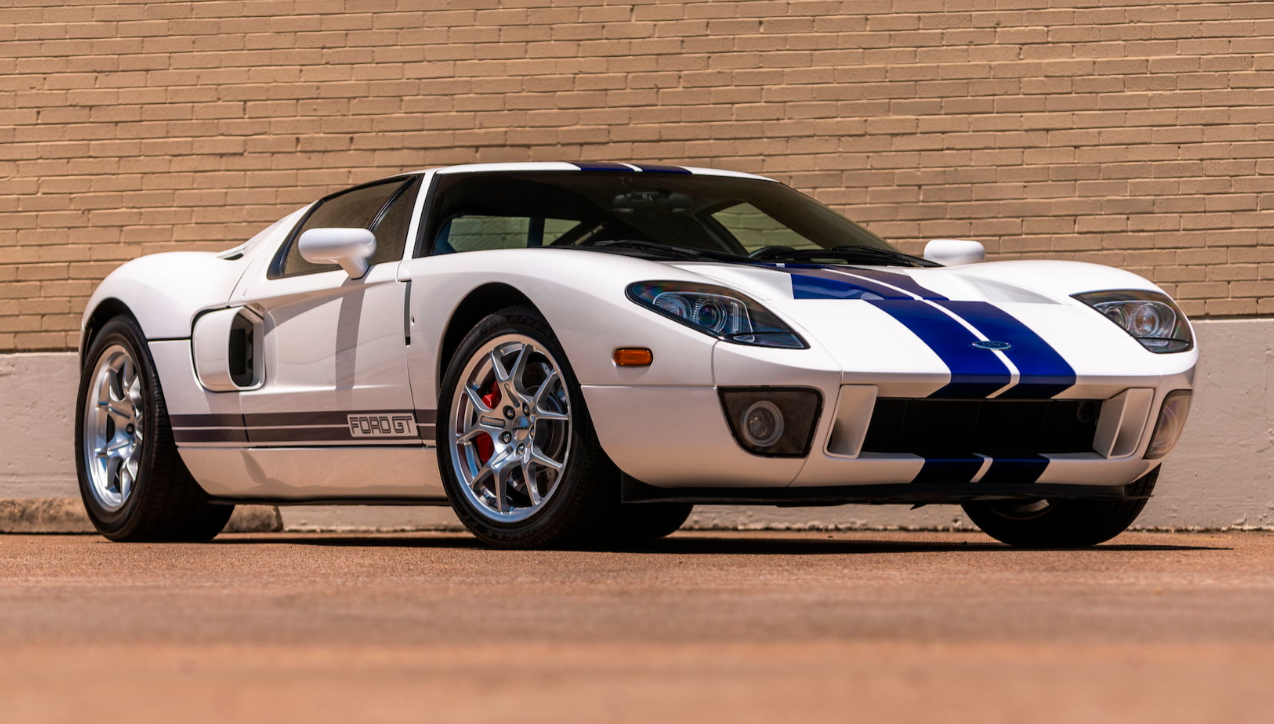 Mecum Dallas 2022 proved you can actually drive your Ford GT

Mecum’s annual Dallas auction wrapped up last weekend. For the most part, the company’s 12th time in the Big D was a standard Mecum sale. The daily combo of The Star Spangled Banner transitioning straight into Thunderstruck. The smell of popcorn with the occasional whiff of catless exhaust or Bud Light. The vast expanse of automobiles on convention center concrete, waiting their turn to cross a brightly lit block. As for the automobiles themselves, they were mostly American muscle or classic trucks with a few sports/exotics sprinkled in. Of course, there were also a few 2005–2006 Ford GTs.

If you’ve ever been to a Mecum auction, you’ve probably seen one of these GTs. In fact, over the last five years there has been at least one example consigned for about 50 percent of Mecum’s collector car auctions. Mileage usually ranges from about 0 to a few hundred, and the cars always look perfect. The most they ever move seems to be on and off transport trucks or across an auction block. Which makes us wonder if anyone actually drives their GT, and ponder what’s the point of owning a 550-hp stick shift exotic if you’re just going to park it? To maintain its value, presumably, because the 2005-06 Ford GT is a reliably mid-six-figure car and has been for years.

It came as no big surprise, then, that the three highest prices of the auction were the three Ford GTs on offer. What was surprising, however, was that a car with almost six times as many miles as another one actually sold for more money.

The white GT sold on Saturday has all four options (stripes, painted calipers, BBS wheels, and McIntosh stereo), and like pretty much every other one of these cars we see at auction, it looked showroom fresh in Dallas. But it was represented with 2945 miles. That would be unicorn-level low on a Miata, but it’s getting up there for a Ford GT. That didn’t seem to put any bidders off, since it sold for $467,500, or a little more than its condition #2 (Excellent, or like-new) value in the Hagerty Price Guide.

The day before, another four-option GT (Lot F88) in the same condition but with just 513 miles sold for just $434,500, almost exactly its #2 value and 33 grand less than the one with nearly six times as many digits on the odometer. Which begs the question, how important is mileage on these cars, anyway?

Not as much as you might think. We looked at all the base (non-Heritage Edition) GTs sold at auction over the past 12 months, and while it’s true that cars with ultra-low miles sell for premium prices and cars with higher miles sell at the lower end of the spectrum, most GTs with 0 to 10K miles sell in the high-$300K to mid-$400K range, and there isn’t a direct correlation between mileage and sale price.

If there's a lesson here it's this: Live a little. Go out and enjoy your damn cars. With few exceptions, the market won't make you pay for every little tick of the odometer.

The rest of the Dallas results were mostly strong, with Mecum claiming $55.2M in total sales over four days. Highlights included a rare Dodge Charger Daytona, a Plymouth Superbird, and a Ferrari 512TR. There were also nearly 230 cars, mostly 1930s and '40s Fords, from the estate of Rhett Butler. Not that Rhett Butler, but a Texan collector who had successful ranching business in South America.

In addition to this peek at the Ford GT market, we look at the most interesting and significant cars from Mecum Dallas '22 in the pages below.

by Andrew Newton
16 September 2022
Showing of 16 articles. No articles.