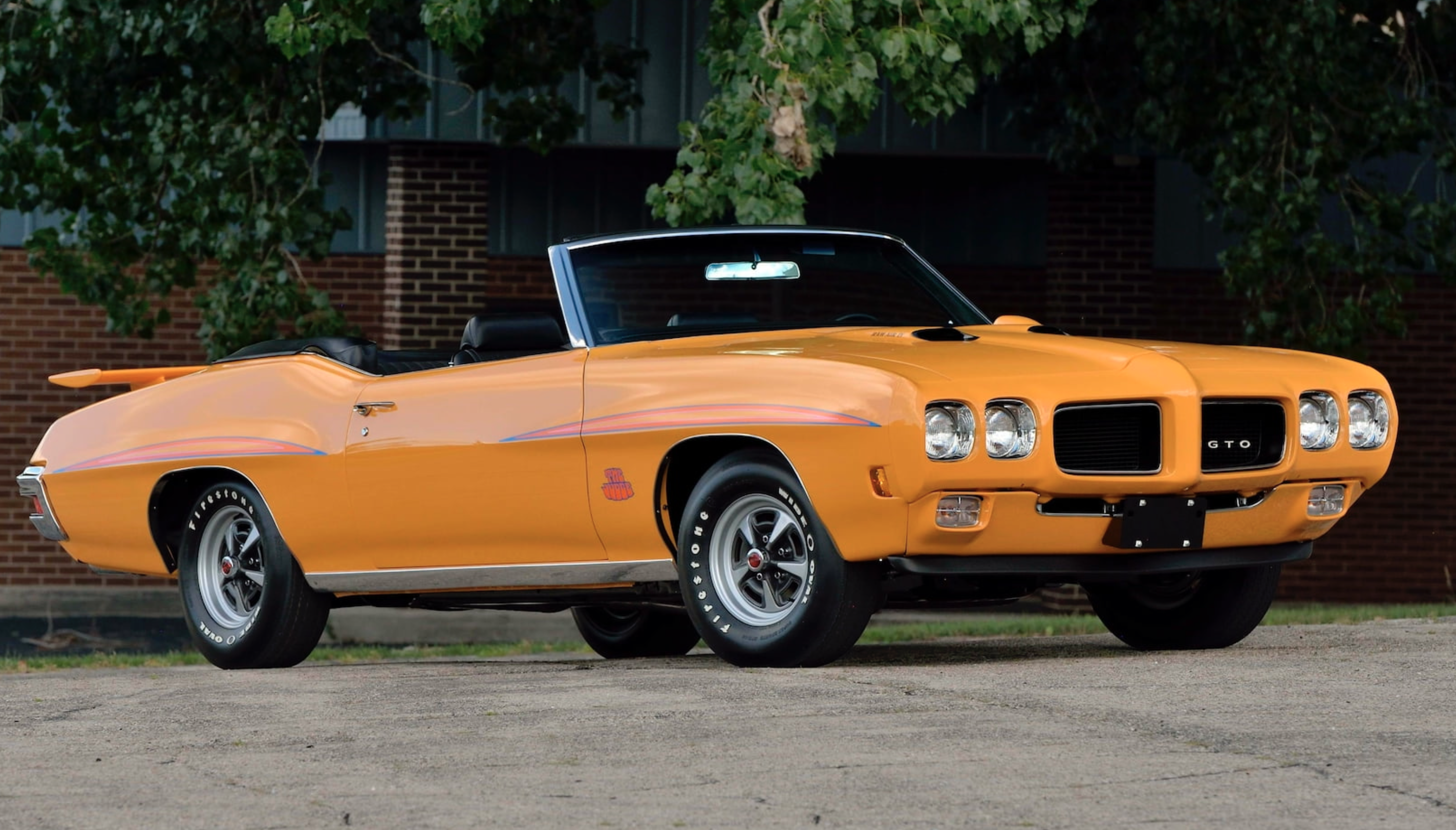 A million-dollar GTO (no, not a Ferrari) in Kissimmee

Only three single collector car auctions have eclipsed $200M in total sales. Two of them are Mecum Kissimmee 2022 and Mecum Kissimmee 2023. More consignments (over 4000) and a higher average price, but also a lower sell-through rate and more mixed results for cars that were less-than-perfect. Below, we take a look at one of the highlight lots, and further down are more detailed summaries of the other most interesting cars from the biggest auction of the year (even though it is only January).

It’s always nice to have choice when you’re shopping, and the world’s largest collector car auction certainly delivered this year. Take a look at these numbers: 211 Camaros, 119 Chevelles, 60 Pontiac GTOs, 43 Porsche 911s, 23 Hemi Mopars, 16 Boss Mustangs and five genuine Shelby Cobras, all among the 4000 vehicles to cross the auction block over the past 12 days. Consignments ranged from bad (like this 1987 Renault Alliance) to badass (like this Ford GT40) and from weird (like Elvis’s rickety old airplane) to wonderful (like this handsome Chrysler Ghia ST Special).

We’ll be crunching numbers and sorting out trends from Mecum’s Kissimmee mega-sale and the Scottsdale auctions in the coming weeks, but Kissimmee’s immediate aftermath does offer one clear theme: despite the market’s recent cooling, demand for top-tier American muscle, even from long-defunct brands like Pontiac and Plymouth, is still high and records are still breaking. One such record was the $1.43M price for a Hemi-powered 4-speed Dodge Charger Daytona, the same car David Spade bought for $900k in 2015. One of 19 Mopar Wing cars (Plymouth Superbirds and Dodge Daytonas) offered in Kissimmee this year, it broke a record for the model set just last May when the market was still accelerating.

This Orbit Orange drop top was the star of a nine-car collection that consisted of nothing but Ram Air IV Goats. And for Pontiac folks, IV is a magic number. “Ram Air” designated the hot 400 cid V8s in Pontiac’s GTO and Firebird starting in ’67, followed by an improved Ram Air II in ’68, and then a Ram Air III in ’69-70. Then, the IV took things furthest in 1969 with redesigned intake ports and special aluminum intake. The 1970 Ram Air IV engine nominally posted just four ponies more than the Ram Air III (370 hp vs. 366), but it was almost certainly underrated on purpose.

A Ram Air IV was the fastest GTO you could buy in 1970 as well as the most expensive, so few were built. The orange record setter is one of just seven convertibles fitted with an automatic (another ten cars got a four-speed manual). It’s also a Judge, which, if you’re not old enough to have been watching TV half a century ago, was a package named after a skit on Rowan & Martin’s Laugh-In. GTO Judges came with a Ram Air 400 engine, Rally II wheels, Hurst T-handle shifter, a rear spoiler, and of course, those graphics. Other options on this car include a Formula steering wheel, hood tach and tinted glass. What truly got the muscle car maniacs—and bidders— oohing and aahing is its triple threat of Ram Air IV engine, Judge package, and convertible body style.

In addition to its gotta-have-it specs, it was reportedly used as a factory exhibition car, and eventually received a restoration good enough to win several concours awards in the late 1990s and early 2000s.

The eight other Ram Air IVs out of this collection (all coupes) had estimates near or under $300k, but Mecum perhaps wisely didn’t put an estimate on this convertible. Only one Pontiac has sold for seven figures before, and that was the 1954 Bonneville Special, a one-off Motorama concept car, that brought $3.3M in 2015. In the world of muscle cars, meanwhile, seven-figure price tags are usually reserved for Hemi Cuda convertibles, ZL1 Camaros, or movie star Mustangs. Not anymore.

We’ll be taking a closer look at more of the most interesting cars from Mecum Kissimmee 2023 later in the week, so keep an eye on this space.

Keep scrolling for detailed looks at more of the most interesting cars from Kissimmee 2023.