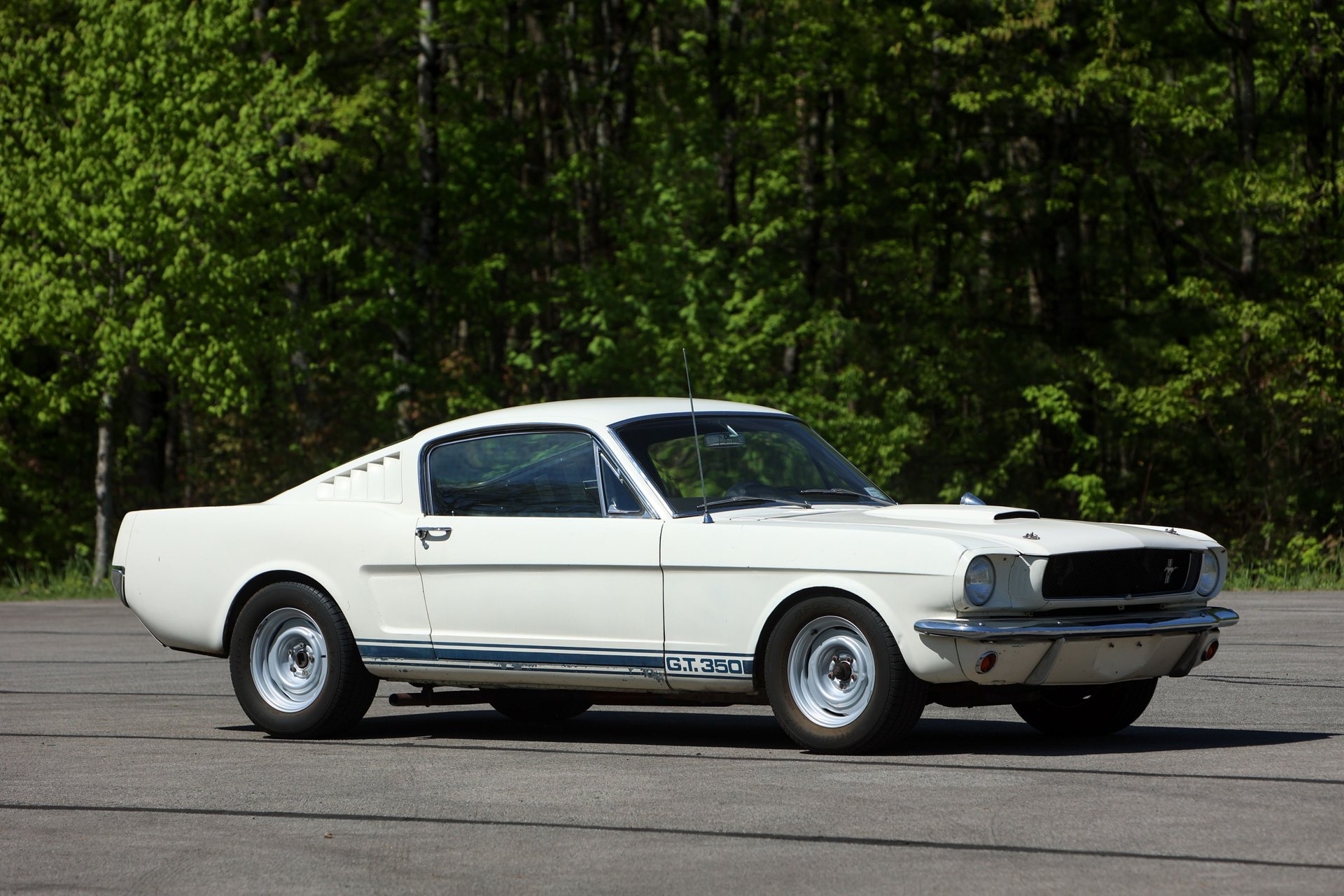 Broad Arrow: Passion for the Drive

Broad Arrow Auctions wrapped up its second in-person sale last weekend with more than $20M in total sales and a few record prices. The name of the auction—”Passion For The Drive: The Cars of Jim Taylor” —is a mouthful, but appropriate. The 131-car offering (plus hundreds of pieces of neatly organized automobilia) all came from Taylor, a longtime collector, and was held at his facility in Gloversville, New York, a town known for making 90 percent of all gloves sold in the United States up until 1950, but little else since.

Nearly a dozen Shelby Mustangs both rare and modern also sold, including a record $313,000 for a 4-speed 1966 GT350-H. But what caught our attention most, and what may say more about this auction and the market as a whole, was the collection’s ’65 GT350 and our Sale of the Week.

A rare no-stripe car, it is one of just 562 cars from Shelby’s first year souping up Mustangs, and ’65s are the rawest, raciest, and most desirable GT350s. It is also in largely original condition, and very few 57-year-old Shelbys can make such a boast. The paint and interior are almost all as they left Shelby American in ’65, and though the original transmission and wheels weren’t currently fitted, they both came with the car.

An exceptional car, then, but what struck us most about the price wasn’t that it was huge but that it was, well, reasonable. At $417,500, it got a modest but sane premium for its preservation. The number is about the condition #3+ value in the Hagerty Price Guide and exactly the same amount that the collection’s restored ’65 GT350 sold for.

It was a similar story for so many of the other cars in the auction, selling within or close to their estimate ranges and price guide values. A deal here, a big result there, but mostly realistic. For folks who have been watching auctions long enough, it felt…normal. Like a return to sanity after a frantic couple of years. Of course, one sale or even one auction doesn’t make the market, but it does add anecdotal evidence to the slowdown detected by our Market Rating.

Our colleague Rick Carey attended the auction preview and evaluated some of the sale’s most significant cars in detail, which you can find in detail on the pages below. Broad Arrow’s next auction will be in Palm Beach, FL, on November 18-19.

by Andrew Newton
21 October 2022
Showing of 9 articles. No articles.