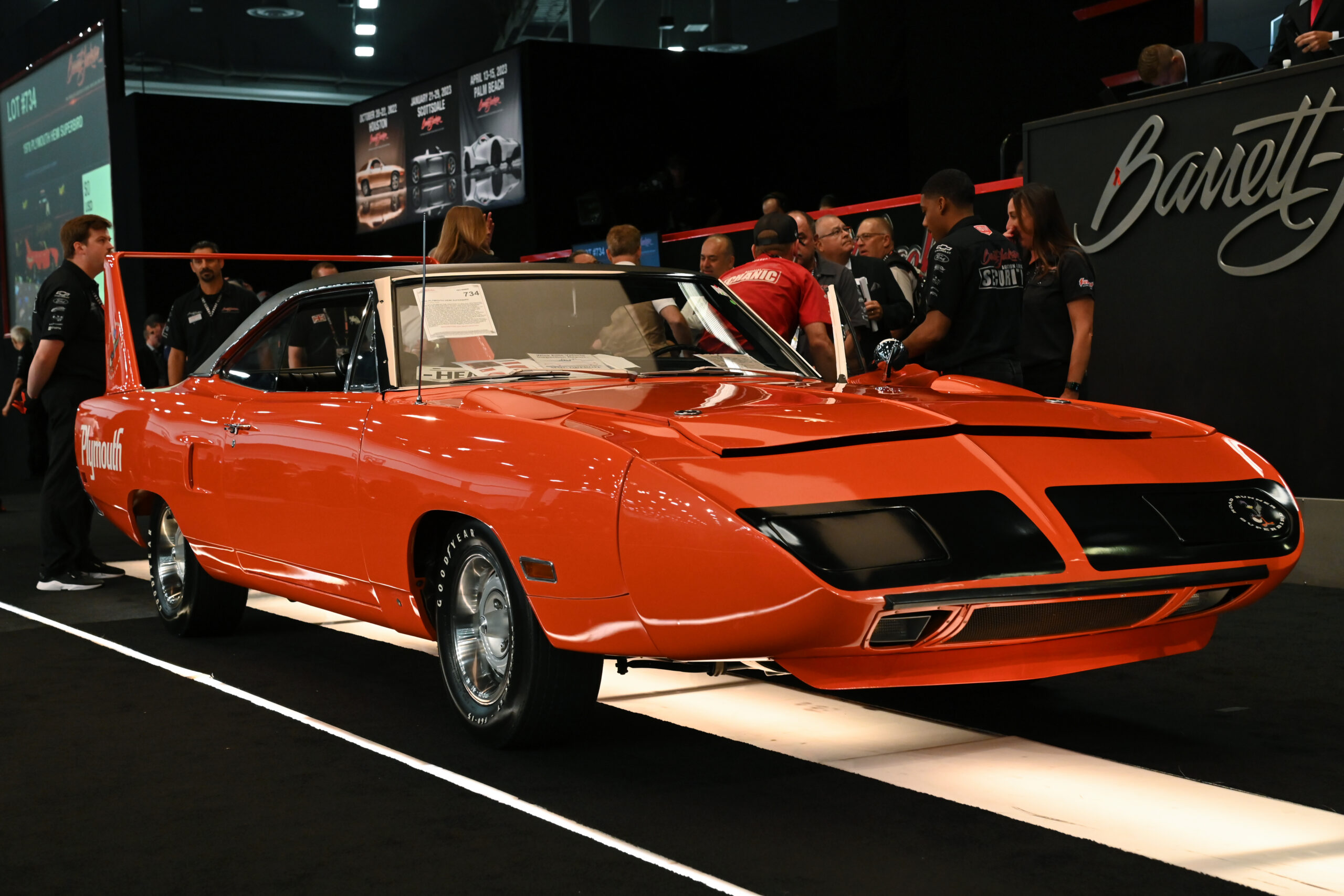 If there is a slowdown on the horizon for the collector car market, it sure didn’t seem like it in Las Vegas this July 4 weekend. At least not by looking at the Barrett-Jackson results. This was B-J’s highest grossing auction in Sin City to date, with $48.2M in total sales from 663 vehicles, up slightly from last year. Strong numbers for trucks, muscle, restomods and charity cars abounded. Hemi Mopars in particular got the paddles waving, led by the head-scratchingly high $1.65M record price for a Hemi Superbird, the kind of car that typically sells in the mid-six-figure range. Two Hemi Cudas also sold for over half a million dollars.

Even so, not every sale was a home run and there were some surprising bargains. That’s almost inevitable in an all-no-reserve auction like Barrett-Jackson, but generally things seemed a little less hot than last year both literally (high of 114 degrees in 2021 vs. 107 this year) and price-wise.

As always, we were looking at the Vegas cars up close and the most interesting, significant sales are examined in detail in the pages below. Barrett-Jackson’s next auction will be its second annual Houston sale on October 20-22.