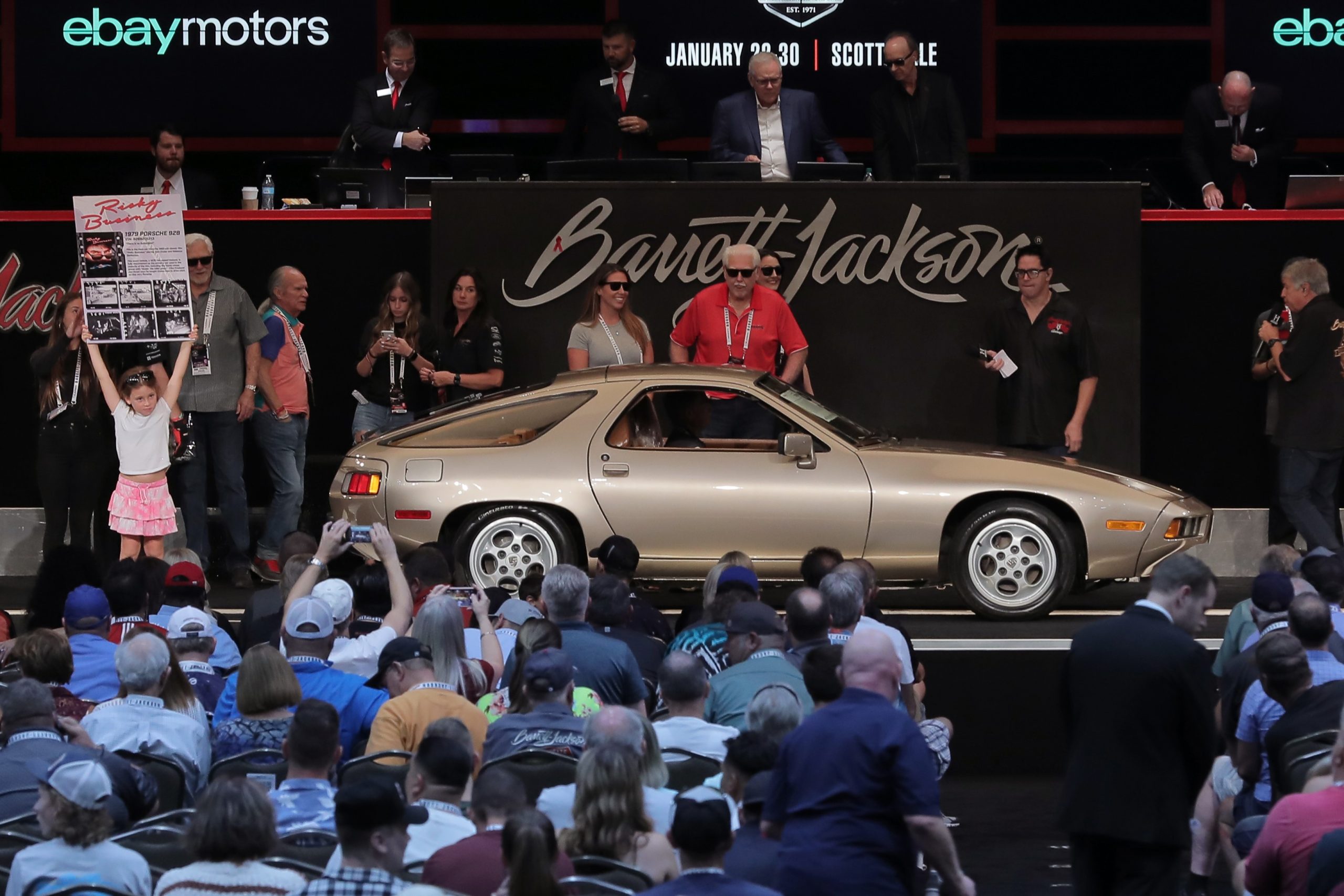 Barrett-Jackson puts on big, glitzy auction spectacles, but this was the first time the glitz had come to the Lone Star State, or even anywhere close. Scottsdale, Arizona is Barrett-Jackson’s home turf and “the world’s greatest collector car auctions” have hit the East Coast in Connecticut and Florida. Along with auctions in Nevada, this handful of sales has made up the Barrett-Jackson’s calendar for several years now, so the announcement of a Houston auction earlier this year came as a surprise. If you think about it, though, it makes sense. Texas is the nation’s second most populous state. It’s full of oil and tech money. It has 12 months of driving weather (if you have A/C). And it has a population that loves its muscle cars, customs, and pickups as much as anybody.

Up until now, those muscle car- and pickup-loving Texans have thrown their bids in at Mecum, which has held auctions in Dallas for 11 years, Houston for 10, and a short-lived auction in Austin for 2014-15. Barrett-Jackson gambled that there was room for one more, scheduling its inaugural Houston auction at the NRG Center (the same venue Mecum uses) just five months after Mecum Houston and, conspicuously, just one week after Mecum Dallas.

And the gamble paid off. The quality of cars was solid and so were the prices, including several that were shockingly high even in the context of today’s piping hot collector car market. Everyone we talked to seemed genuinely excited to have Barrett-Jackson in town. This included spectators, who have seen Barrett-Jackson on their living room TVs for decades but never been to a sale in person. It also included some buyers and sellers, who admitted to skipping Mecum Dallas under the (correct) assumption that there would be more excitement in H-town. Nearly 500 vehicles sold with all crossing at no reserve, which kept the energy going, for a total of $35.7M and an average sale price of $73,518.

Let’s hope this sale becomes a regular part of the auction calendar. Barrett-Jackson will reportedly be back in Texas’s largest (and best) city next year, but a date hasn’t been confirmed yet. Below are some of the most interesting and significant cars we looked at up close in Houston this year, including the jaw-droppingly expensive Porsche 928 from Risky Business.

by Andrew Newton
22 September 2021
Showing of 15 articles. No articles.