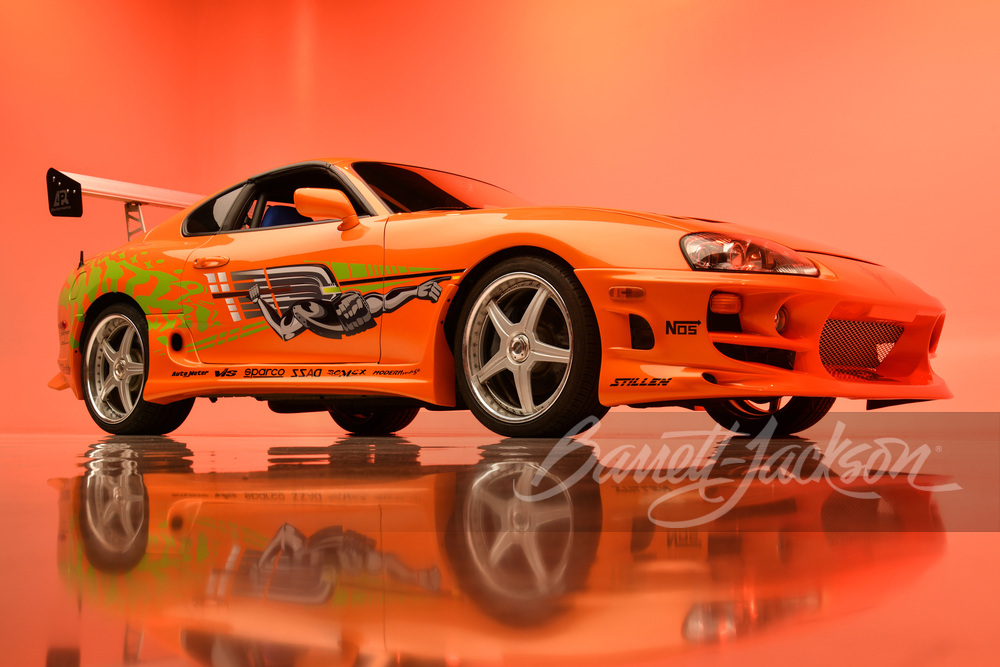 Barrett-Jackson came back to Las Vegas this year, moving from its usual venue at Mandalay Bay to the recently constructed West Hall of the Las Vegas Convention Center for the first time. Being a Barrett-Jackson event, all lots sold at no reserve. And for the most part they sold quite well. It was Barrett’s highest grossing sale in Sin City to date, with $46.6M worth of vehicles changing hands. The atmosphere at the auction felt reassuringly normal, and aside from closed buffets and searing heat (it was 114 degrees on Friday), so did the rest of Las Vegas.

Cars owned by Vegas legends like Wayne Newton (no relation), Frank Sinatra, and Siegfried and Roy were among the highlights and a McLaren P1 owned by DJ Deadmau5 sold for $1,567,500, but the most anticipated car of the week was the Toyota Supra driven by Paul Walker in The Fast and the Furious. One of several stunt cars used in the first film of the franchise, it sold for $550,000—a record for a Supra at auction.

Barrett-Jackson also sold nearly 300 pieces of automobilia and four non-fungible tokens (NFTs) in Vegas. It was the first time NFTs have been offered at a collector car auction. NFTs are not easy to explain and we don’t have enough room here to do so, but the short version is that they are entirely unique and entirely digital items. The NFTs offered by Barrett-Jackson were bundles of digital images, illustrations, and videos of four automobiles it sold for charity earlier this year. The most expensive of them was for the 2021 Mustang Mach 1 VIN 001. The car sold for $500,000 in Scottsdale. The NFT sold for $30,000. We don’t really get it, either.

As for the real cars rolling across the block in Vegas this year, we were there to look them over and have insights on the most interesting ones in the pages below.