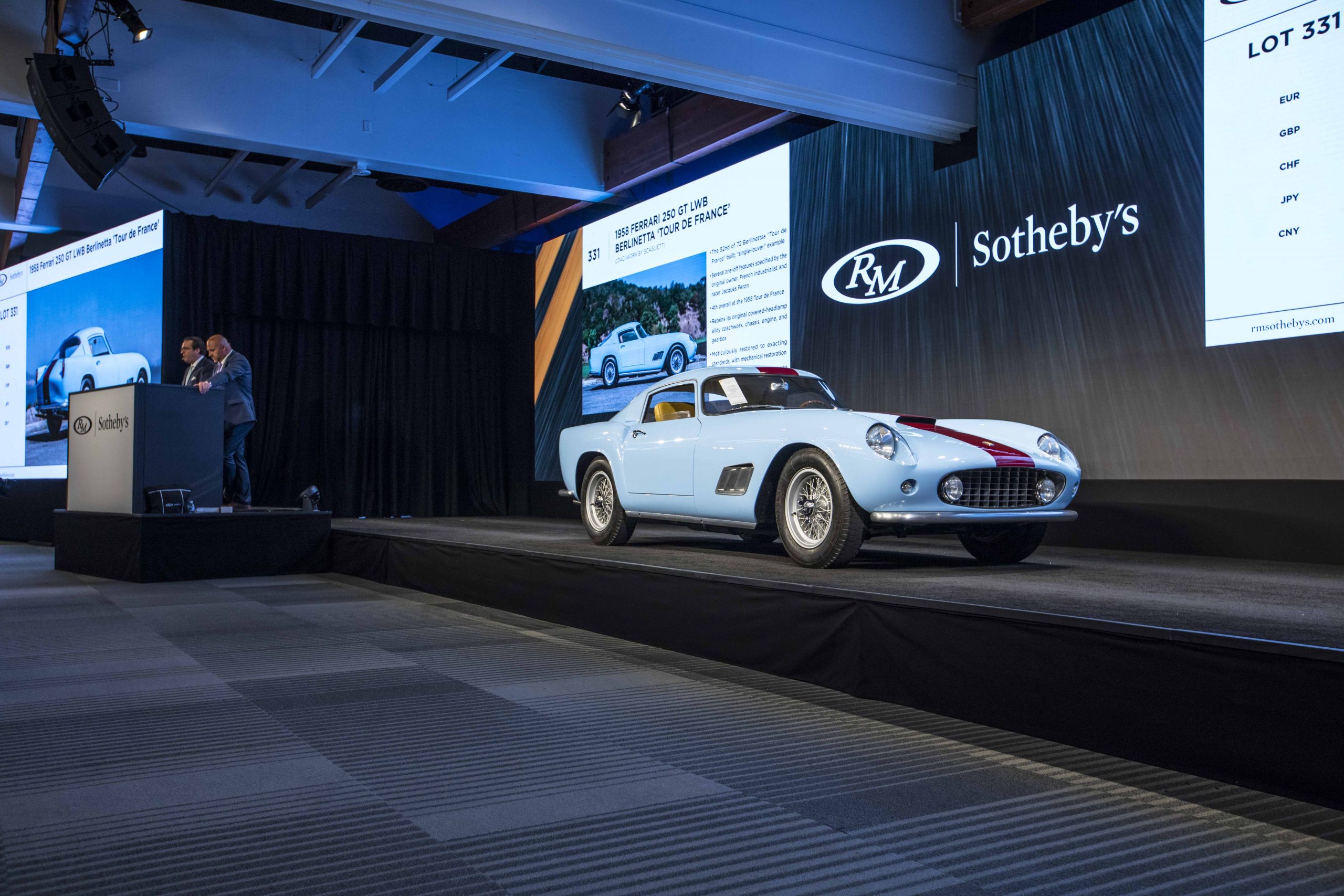 Returning to Monterey in-person after conducting an online auction last August, RM Sotheby’s sold 147 cars for a total of $149.4M in 2021. RM devoted the entire first day of the sale to cars from the collection of late Texas businessman Paul Andrews, with highlights including some spectacular vintage Jaguars and Aston Martins. The collection included RM’s biggest result of the auction (an Aston Martin DB4 GT Zagato sold for $9.52M) as well as one of the auction’s biggest misses (a Jaguar D-Type not sold at a $4.2M high bid). RM’s other big miss was for the 1970 Gulf Porsche 917K which, despite being the potential top sale in all of Monterey this year, stalled at a $15M high bid.

As elsewhere on the Monterey Peninsula, though, the health of the market’s upper tiers were on full display at RM. And it wasn’t just Ferraris and Porsches bringing the big bucks. A 2012 Lexus LFA Nürburgring rung the bell at $1.6M, a new record for a Japanese car sold at auction and 72 percent over the current condition #1 value in the Hagerty Price Guide. A 1995 Nissan R33 Skyline GT-R also sold for nearly twice its high estimate and 91-percent over its Hagerty Price Guide value.